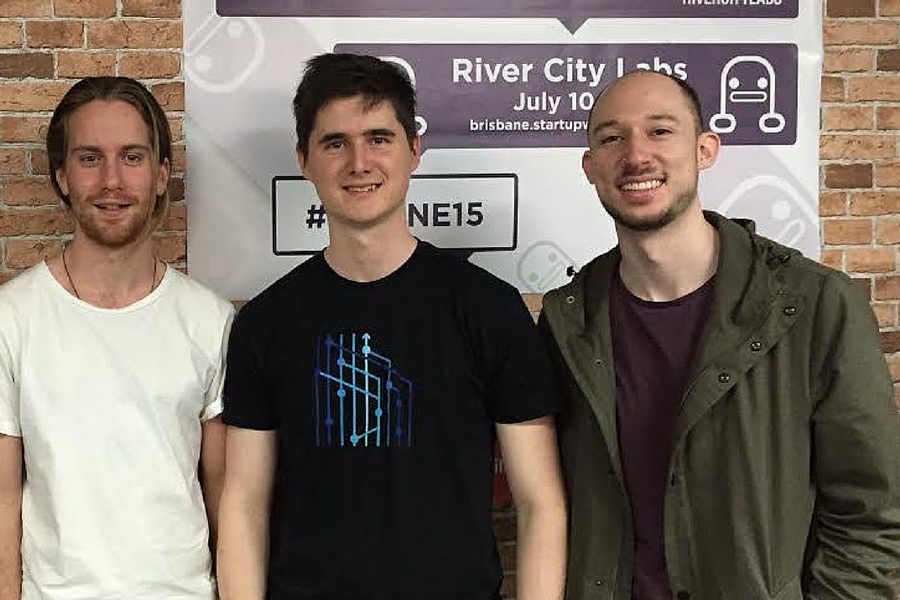 Maybe the one thing Australians can agree on is that we love our sport, but it turns out we’re not just watching the traditional sports like cricket and football – Australians are more into eSports, or electronic sports, than ever before. More importantly, Australians are talking about eSports more than ever before and, with eSports becoming mainstream, companies are popping up looking to cater to these fans.

Founded by experienced gamers Phillip Barclay, Dom Hutton, and Kevin Upton, meVu is one such company. The Brisbane startup has created a platform that facilitates gambling on eSports. However, rather than working like a normal sports betting service, which function as standalone platforms, meVu wants to keep users in the game by enabling simple two-click betting. Its betting interface wraps live streaming services such as Twitch and YouTube Gaming to allow users to watch, bet, and interact with other users simultaneously. Essentially, meVu is blending a betting platform with a stream viewing experience.

The idea for the platform came as Barclay, who has been betting on traditional sports for years, always wanted the ability to bet on esports events in order to add an extra level of excitement to the game while watching.

“The platforms that existed to bet on eSports events were boring, unregulated and didn’t cater to the eSports correctly. We saw concepts like this start to emerge but with limited contribution to the eSports community; we set out to build the ideal platform for the gamers so we can ultimately contribute to the growth of eSports as an industry,” Barclay said.

meVu is looking to engage users and create a community through features such as achievement leaderboards and peer to peer betting, facilitated through access to analysis, statistics, and the ability to predict outcomes on live matches.

The startup was born out of the Brisbane Startup Weekend at River City Labs a few months ago, where it won Best Business Model. The team then decided to apply for the coworking community’s Sponsored Entrepreneur Program to do what most others don’t after a hackathon – turn their idea into a reality. Barclay said the program helped the team get a better grasp of the startup world and become comfortable pitching and pivoting its ideas.

“The most beneficial component of the program was the group mentoring, which allowed us to bounce our ideas around a room full of bright and talented entrepreneurs from all different backgrounds, giving us a perspective and opinion we don’t have access to in our own networks. These connections have gained us new friends and opportunities for us moving forward,” Barclay said.

It isn’t too hard to see why the team won a prize at the Startup Weekend. Gaming is a huge market – eSports streaming platform Twitch was acquired by Amazon for $970 billion last year – and, if done right, a good idea targeting the space can make it big. What’s more, while eSports is huge, the concept of betting on eSports hasn’t been explored in depth globally, let alone in the Australian market. Perhaps the biggest competitor in the space is Unikrn, which counts Ashton Kutcher and Mark Cuban as investors.

Barclay said, “There are only a handful of competitors in the space and a majority of them are indirect competitors as Fantasy eSports that cater to American audiences where online gambling is illegal. A number of smaller betting services exist that are largely unregulated and offer a poor user experience. Our strength is our understanding of the eSports enthusiast and our ability to bring the features gamers expect such as gamification and social elements.”

The startup’s target audience is along the lines of what you would expect – predominantly young males – but most importantly, it’s global.

“With the exception of a few countries where online gambling is illegal, we hope to break into Oceania, Asia and Europe. We have a strong network of eSports influencers and social media personalities at our disposal to market our product through the many years of organising and playing in eSports events ourselves at the highest levels,” Barclay said.

The platform is set to launch its beta soon, with the team focused on building its reputation in Brisbane and online through sponsoring and attending local eSports events. Barclay said they’re not thinking too far ahead in terms of investment, but meVu has some potential partnerships lined up to help push its growth.