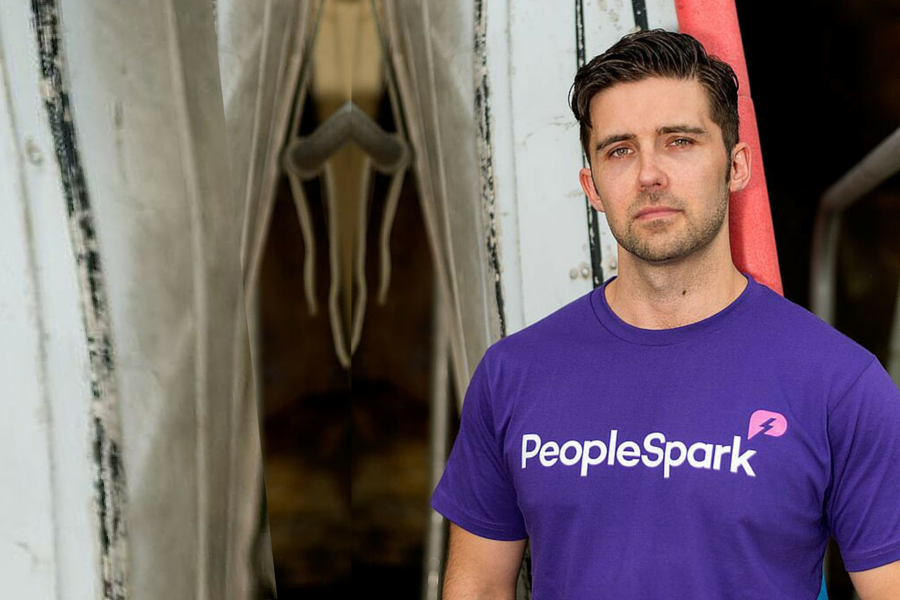 Today PeopleSpark announced the closing of a US$1M seed funding round led by founder Mitchell Harper that will be used to build the platform, accelerate customer acquisition and help grow the team. Given that the round was led by the founder, the wording of today’s announcement has raised a few eyebrows, but it shows that Harper is all in on the platform.

PeopleSpark launched in Australia last month, aiming to make people happier in their everyday jobs by improving culture and transparency in the workplace. Harper said that employee engagement in the product is high: 98 percent of people who have used PeopleSpark complete their check-in week and week out. This provides each company a regular flow of insightful feedback from their teams.

“I had initially planned to raise a seed round from external investors, but after seeing the traction during our preview release and hearing the impact PeopleSpark was having at those companies, I decided to go “all in” and lead our seed round. I believe in the product and wanted to put my money where my mouth is,” said Harper.

“It’s early days, but our mission is to make one million people quantifiably happier at work, and this funding will help us build some scale into the business.”

He said the platform is seeing great traction with companies who might be considered early adopters, particularly startups in hyper growth mode that know a great culture is mandatory, especially as they continue to hire at a rapid rate.

The company will be using the funding to focus on building out its team. PeopleSpark will also be performing extensive customer research to provide more quantitative insights to ensure high levels of productivity between managers and their employees.

Harper and his team aim to resolve three important pain points within the workforce. The first being retention, where the number one reason employees leave their jobs is because of poor communication with their boss. PeopleSpark creates private, weekly feedback between managers and each individual person on their team.

The second pressure point is culture, where the platforms helps to reduce problems within the team before they reach boiling point, urging them to take action on issues within hours and not weeks. The last issue is speed where insightful feedback is provided every week, whether team members are in the same office or across the country.

PeopleSpark is the first company to launch out of Harper’s Capital H Labs, an umbrella project for all of his future software projects. Harper explained in a Medium post about the venture earlier this year that he intends to use this ‘vehicle’ to generate ideas, conduct market validation, take successful projects through initial funding to prototype, beta, and onwards to final launch. He said he was sticking with the same mantra he had when creating BigCommerce, to build ‘cool shit’, and that is the heart and soul of this project.