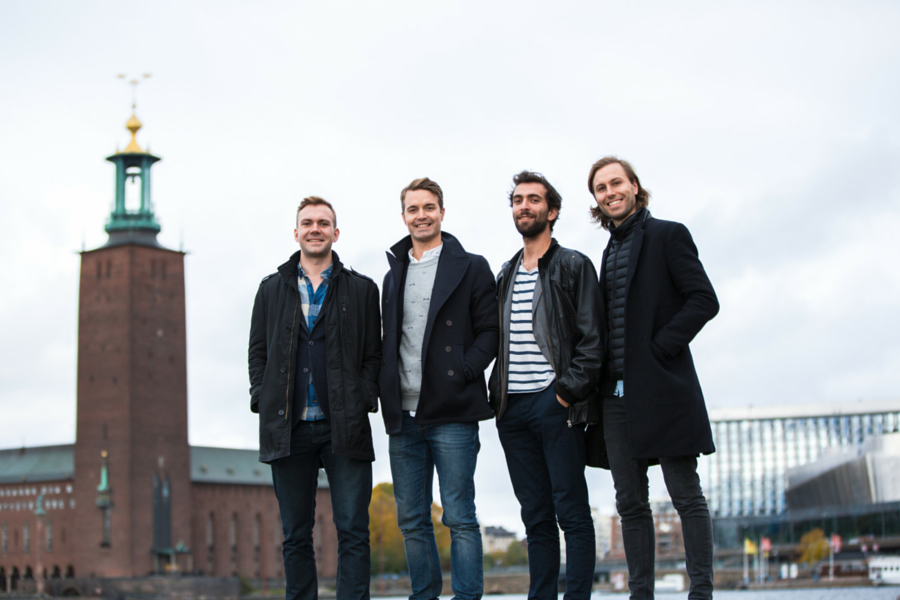 With an increase in population comes increased pollution. In densely populated countries, a yellow haze falls over the skies and smog suffocates the air, with outdoor living conditions found to be equivalent to smoking two packets of cigarettes a week.

According to the World Health Organisation (WHO), seven million premature deaths annually are linked to air pollution. The WHO has stated that “air pollution is now the world’s largest single environmental health risk. Reducing air pollution could save millions of lives.”

With pollution at an all time high, face masks and additional protective wear are starting to emerge and become profitable. Companies like 3M have dedicated their services to respiratory protection and several fashion companies, including Vogmask and Respro, are trailing closely behind with unique designs, colours, and patterns.

Looking to disrupt this space and rival the leading competitors is Swedish startup Airinum. Cofounded by Alexander Hjertström, Fredrik Kempe, Johannes Herrmann, and Mehdi Rejraji, Airinum has released a breathable mask that combines comfort with style. Unlike 3M, whose masks are rather unflattering, Airinum has crafted a mask that looks like Bane of The Dark Knight Rises fame just stepped off the runway.

But don’t be fooled, this new mask design is not just Bane’s latest fashion statement. It comes equipped with a filter, adjustable straps, and stretchable material with different sizes to fit all. The team from Airinum used a three-layer high-tech filter technology that protects against up to 99 percent of viruses, bacteria, allergens and smog.

“Through tests conducted, it’s proven that our masks protect up to six times better than any other similar products, something that we really take pride in,” said Airinum. 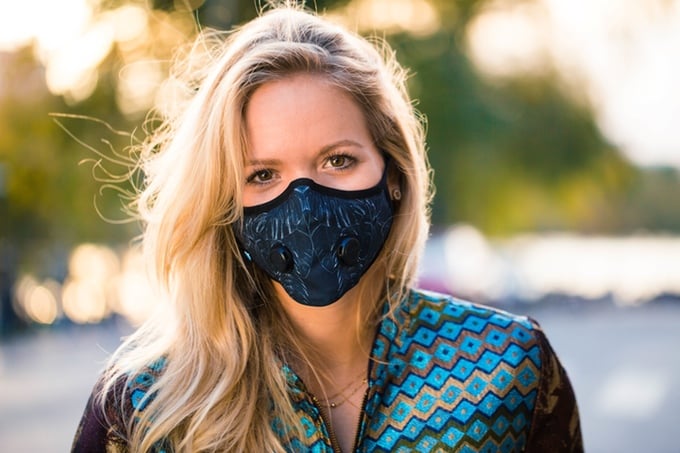 Airinum envisions a world where everyone breathes clean air. The idea was based on cofounder Alexander Hjertström’s personal experience and battles with air pollution. On a exchange trip to Ahmedabad in India, Hjertström began to experience asthma symptoms that had not troubled him for years. He saw just how bad air pollution was in India and that wearable masks were either too uncomfortable or not aesthetically pleasing.

Thirteen of the 20 most polluted cities in the world are found in India, causing 620,000 deaths each year. India’s capital city ranks in top place for air pollution, being 10 times higher than the acceptable standards. WHO reports that India has the world’s highest death rate from chronic respiratory disease and asthma than any other nation.

“Today millions of people get problems with asthma, lung cancer and heart diseases, often leading to premature deaths. Thus, it is necessary to create better protection equipment for civil everyday use, so people can protect themselves against the acute health issue that air pollution causes,” said Hjertström.

Airinum has received funding from the Swedish government, business angels and an accelerator program in Stockholm. Their Kickstarter campaign, which launched on November 23, has over 700 backers worldwide.

“With our Kickstarter campaign we aimed to receive funding of 10,000 euros which we did within 24 hours. Currently, we’re on track with funding of over 30,000 euros,” said Hjertström.

Airinum will be the first ever mask that offers a subscription service, giving buyers the option to subscribe to a long-term filter subscription plan. Filters on average will last up to 200 hours before they have to be changed. The masks are planned to have a retail price of 49 euros, which will include the breathing mask, travel pocket, headstrap, and two filters.

The next step for Airinum is to break into the markets where these masks are needed the most. The team is looking to move to Asia next year, where they can be closer to partners and consumers. While social media will play a big role for the team in marketing their product, their future goals are aimed towards addressing air pollution and identifying sustainable solutions.

Hjertström said, “In the future, we are planning to look into ways to address the root cause of air pollution and identify opportunities, through smart tech or working with relevant authorities to reduce air pollution.”