Three $200 million Aussie funds have launched so far this year. Is this a welcome change in the weather for startups? 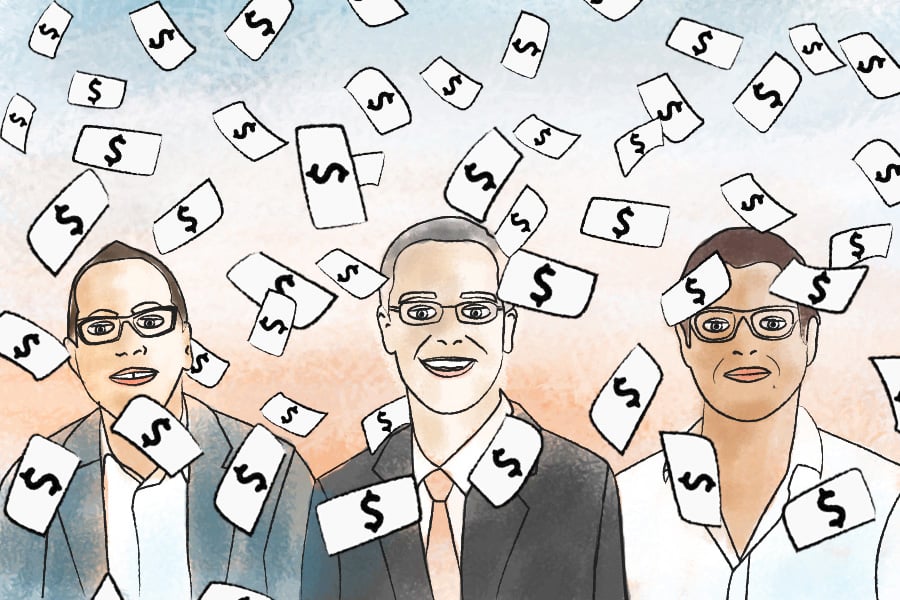 The announcement that Blackbird Ventures had raised $200 million for its second fund was big news on September 15. For a brief couple of weeks or so it was the largest tech startup-focused VC firm in Australia; fellow $200 million fund Brandon Capital focuses on HealthTech through its Medical Research Commercialisation Fund (MRCF).

Two days ago, SEEK cofounder Paul Bassat joined the club with his new $200 million venture capital fund. The fund is backed by major investors including James Packer, some super funds, and a plethora of other wealthy individuals also focused on investing in Australia’s startup ecosystem.

Brandon Capital’s fund is supported by existing MRCF investors AustralianSuper and Statewide Super, who in April were joined by Hesta and HostPLUS in this latest fund. According to the organisation, $50 million of the fund is being used for 20 to 30 very early seed stage investments in promising biotech or medical device technologies.

The other $150 million will be reserved for supporting the most successful of these, and existing MRCF portfolio companies, to take these opportunities through to mid-stage clinical trials in patients. Under the latest structure, each of the superannuation investors have the opportunity to invest much larger amounts of capital (tens of millions) into the most promising assets as they mature.

The newest fund is the third MRCF fund to be raised by Brandon Capital, bringing the total MRCF funds to $251 million.

Blackbird Ventures had existing investors participating in its latest fund, which include successful technology founders like Mike Cannon-­Brookes and Scott Farquhar of Atlassian, Leigh Jasper and Rob Philpot of Aconex, Bevan Clark of RetailMeNot, and Simon Clausen of PC Tools. Blackbird also now counts two superannuation funds as new investors: First State Super, which has $53 billion in funds under management, and HostPLUS (also invested in MRCF), which has over $15 billion under management.

Blackbird has a strong portfolio, having invested in well-regarded companies like Canva, LIFX, Shoes of Prey, Bugcrowd, CultureAmp, SafetyCulture, Autopilot, and Elto (acquired by GoDaddy), among others. Its first fund has invested in 20 companies, and another 21 through its startup accelerator Startmate. Blackbird Ventures says it will continue to invest in 10 new startups per year, however the new funds will allow it to continue supporting companies through the later stages of their lifecycle, meaning portfolio companies will be able to more easily raise post-seed growth rounds like Series A and B.

And now there is Square Peg Capital. With its latest $200 million fund, it will be putting dollars into both local and international startups. According to a statement given to the Australian Financial Review, the fund will aim to identify and invest in the next SEEK, carsales.com or Atlassian. Current investments in the Square Peg Portfolio include Australian tech startup companies like GoCatch, Rokt, Vend, and ScriptRock.

On the growing local competition in the venture capital space, Square Peg Capital cofounder Justin Liberman told AFR that because of the nature of what VC firms do, they are actually competing as much with global funds as they are with local funds like Blackbird and Brandon.

“We see Accel as much as a competitor as Blackbird, frankly; they have made six investments in Australia including Atlassian and 99designs, so these days it doesn’t matter whether you are in Singapore, Shanghai, Sydney or South Yarra,” he said.

It is not just venture capital funds increasing funding

There is also a noticeable change in the accelerator space when it comes to an increase in funding for startups.

Sydney-based startup accelerator Startmate, which has one of the highest startup success rates, announced recently that it will invest up to $150,000 into its next batch of startups. It has also partnered with creative agency Droga5 to help 2016 participants with storytelling, a struggle for many founders with promising products.

Likewise, Telstra-backed muru-D has increased investment into its startups to $80,000 and announced a new independent follow-on venture fund run by a number of its mentors. Named Bardama, the fund is to be managed by an advisory board comprised of Andrey Shirben of Syd Ventures, angel investor Angela Kwan, Rob Castaneda of Service Rocket, Carl Hartman of Temando, and Andrew Coppin.

In addition to the funding, muru-D also recently announced two big partnerships, linking up with Shanghai’s Chinaccelerator and the 500 Startups accelerator in Silicon Valley to provide its participants with a clearer path to the Chinese and North American markets and easier access to capital. The agreements will see muru-D companies be able to pitch directly to the organisations for early investment, have their applications to both accelerators fast-tracked, and connect with US and China-based startups, investors, and mentors, and potential customers.

In Melbourne, the AngelCube accelerator also increased its funding this year from $20,000 per startup to $40,000 per startup. Cofounder Nathan Sampimon said at the time the move was a reaction to the Australian startup ecosystem starting to mature.

We are definitely maturing

Particularly since the change in federal leadership this year, there is definitely a perception of the Australian startup ecosystem maturing at a much more rapid pace than usual. For the first time, innovation, coding education, and technology investment are mainstream discussions in both the Liberal and Labor party camps.

Stakeholder sentiment across the startup space has quite obviously shifted and government departments are proactively partnering with the private sector now with events like PolicyHack, DataStart and the newly rebranded StartCon, putting funds and resources into the sector instead of just talking about it.

A critical area that has always needed improvement in Australia is a more supportive regulatory environment to enable startups to ‘get on with the job’ and build businesses with a global reach that contribute to the city, state, and federal economies in a positive way. Making things like equity crowdfunding and crowdlending accessible to Australians without so many conditions is an example of what I am talking about here; countries like the UK and New Zealand have seen a lot of positive traction by implementing supportive legislation around these two things. We are now starting to see serious in-depth discussions happening around these topics.

We are growing up, we are maturing as an ecosystem and government support is allowing that to happen a lot more rapidly than previous years. As this support continues we will see more access to money, talent and, of course, infrastructure that will encourage innovation, creativity, and ideas.

It will change the way the Australian startup ecosystem is viewed on the global stage.