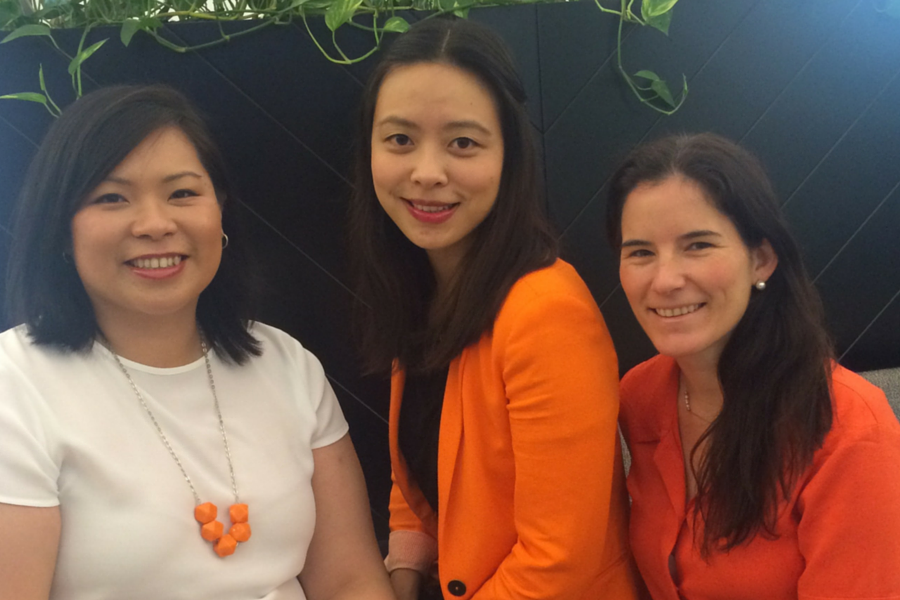 Flexibility has become a bit of a buzzword when it comes to discussions on the modern workforce. The old 9 to 5 has been declared dead and, whether they are target mothers returning to work or uni students looking for a café job on the side, platforms keep emerging promising to help find users flexible jobs in different fields.

Gemini3 is the latest platform to launch in this space. A recruitment service of sorts, it is focused on job share roles – that is, roles that have two part-time employees working to fill the place of one full time employee. The startup is working to firstly help companies identify opportunities for such roles, design them, and then promote and fill them. Described by cofounder Sarah Liu as “eHarmony for job share”, the startup has created a matching algorithm to find compatible job share partners, looking at elements such as values, ethics, career motivators, communication styles, and complimentary skillsets.

Liu, who has led marketing strategies for companies including Revlon and Coca-Cola, founded the business with HR expert Madel Giles and marketing researcher Mariebelle Malo. Gemini3 was born out of the trio’s frustration with the kinds of positions available in the current job market. In particular, they wanted to find roles that would allow them to pursue a meaningful career progression while maintaining flexibility.

“We all wanted flexibility for different reasons. All three of us are high calibre talent in the workforce, and we are the millennial generation, so what we found a little bit frustrating was that when you talked about flexibility it often turned to the returning mother discussion. We thought, you know what, men and women have that desire for flexibility as our workforce evolves, and as the DNA of the millennial generation evolves we will have a demand for flexibility that will need to be met,” Liu said.

“We realised that part time work, like a three day a week working schedule, is really not going to cut it because there are jobs that will require full time and the 9 to 5 no longer exists, really. If you really want to advance to a senior job, which we all wanted, that’s where we needed to be. That’s where job share popped up as a very suitable practice.”

When the trio found that just a small percentage of the current workforce is made up of job share roles, they decided to come up with a service that would “reinvent the future of work” and normalise job share in the current jobs landscape.

After they pitched the idea to and won funding from a couple of competitions, the founders decided to pursue the business.

Gemini3 is firstly launching with a business-to-business solution, partnering with large corporations – Liu said Gemini3 already has one of Australia’s biggest banks on board, as well as a global law firm, and government – to help them design job share roles to be filled internally.

“We look at skillsets required for the job, whether this is a client based role, whether it has direct reporting, what the reporting structure is and the need of the roles, such as stakeholder management. We set up the role so it can be easily job shared, and that also enables people to identify, if we were able to make this a job share role, what the skillsets that we need to be looking for in the job share partner that we’re going to recruit, and that’s the job design piece. Once that’s locked in, we move into the field part, which is the matching algorithm,” Liu said.

The algorithm works through a combination of different value tests and personality tests, including a psychometric assessment. Gemini3 sought assistance from various thought leaders and senior job share pairs to gain insights into what makes a good pair.

“We implemented value tests and also complementary skill sets to make sure that we bring in the left and right brain into that job share pair. So we take on personality tests, psychometric testing, what we developed as a career motivator and self esteem assessment test. The idea is not to select people as such, but to actually have that layer of assessment and that level of intelligence. Even when pairs come together, you can already identify and preempt tension points, pressure points and where they could best work together,” Liu said.

When it launches to the wider market, Liu said Gemini3 will allow individuals to match up and apply for roles together.

As well as the prize money received from the pitching competitions Gemini3 won, the development of the startup has been funded by the founders. They are keeping an eye out for investors, though Liu said bringing on an investor is not an immediate desire, with the focus on expanding Gemini3’s client base to sustain cash flow.

Despite the number of players in the recruitment space, Liu said the team is confident that they are bringing something new to the table.

“With the market right now and with job share in particular, the niche is so small that the more players we have, the more we can grow the pie together to drive awareness. So for us, it hasn’t been a competitive mindset but rather, how can we collaboratively change the face of Australia’s workforce and how can we collaboratively reinvent the future of work and make this a reality.”