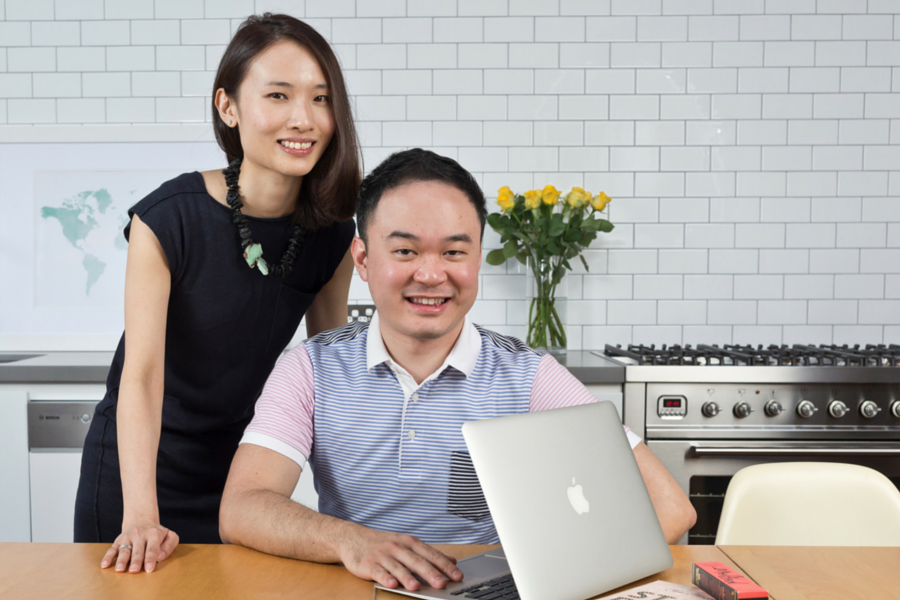 Ever wanted to buy an item from overseas, a specific item from the shelf, or something that’s too overpriced or exclusive to order online, but have no friends there to buy and send it to you? Australians are quite used to this scenario, given that almost everything is cheaper overseas, so Australian startup ShopandBox is helping consumers harness the global market to connect them to those hard to get items.

ShopandBox wants to introduce buyers to their own personal ‘boxer’ who can seek, buy and send an item to them within days. Founded in 2013 by husband and wife team Rebecca Chia, Xin-lung Tai and Louis Tan, ShopandBox have created a peer-to-peer international shopping service that allows consumers to purchase items anywhere at anytime around the world.

“Having access to global brands which never make it over here is something which we’re very passionate about,” Tai said.

With globalisation being the buzz word for the last decade, Tai believes that awareness and accessibility is lacking for Australian consumers. With ShopandBox consumers can register themselves as a ‘Shopper’ and make a wish list according to the items they want to purchase in a specific country. Shoppers are connected to like-minded boxers, who streamline access to the latest sales or local deals on desired items.

ShopandBox connects consumers to 20 countries around the world and have reached shoppers in over 120 countries – as long as there’s a postal services, items can be boxed and shipped to your doorstep.

“What I have noticed without fail, is that there’s always someone going overseas and their mates are always asking them to pick up something for them. I realised it wasn’t just the popular destinations like the US, there’s always something that someone wants from anywhere,” Tai said.

Tai and his team have just successfully secured one million dollars in a seed funding round led by 500 Startups. The financial boost will be used to further strengthen ShopandBox, taking it to the next level and helping fund expansion into more countries. It has come at a perfect time, with the Aussie dollar depreciating in the last year and price discrimination at an all time high. Consumers are also constantly confronted with items released in the US, but not in Australia for another six months. ShopandBox found this gap in the market and aims to fill it with their overseas ‘Boxers.

Currently, the majority of shoppers are from Australia, Singapore, Malaysia, the UK, a number of Middle Eastern countries, and European countries including Denmark, Sweden, Norway, and the Netherlands, who are buying mostly from the US, UK, France, Japan, and Korea.

“It’s like the age old question, do you continue to walk down to your local retailers, when you know the exact same item is cheaper overseas?” said Tai.

The platform is based on the premise of 95 percent transparency, with the five percent protecting the personal details of the shoppers and boxers. A service fee tiered between 10-14 percent is based upon the cost of items, and acts like a tip to compensate the boxer’s time and effort. With over 30,000 shoppers world-wide, the startup is increasing in traction every day.

“One of the key statistics that we’re really happy about is the repeat shopper rate, which is close to 40 percent,” Tai said.

Still in early days, ShopandBox intend to raise between 3-10 times of their current seed funding capital, which will depend upon traction and the success of paid marketing.

“To date we’re continuing heavily on the organic side of marketing and we’re going to start reaching out towards the community. We’re trying to really leverage off that network effect by reaching out directly towards these people and setting up giveaways or promotions, to show ShopandBox is really a lifestyle service,” Tai said.