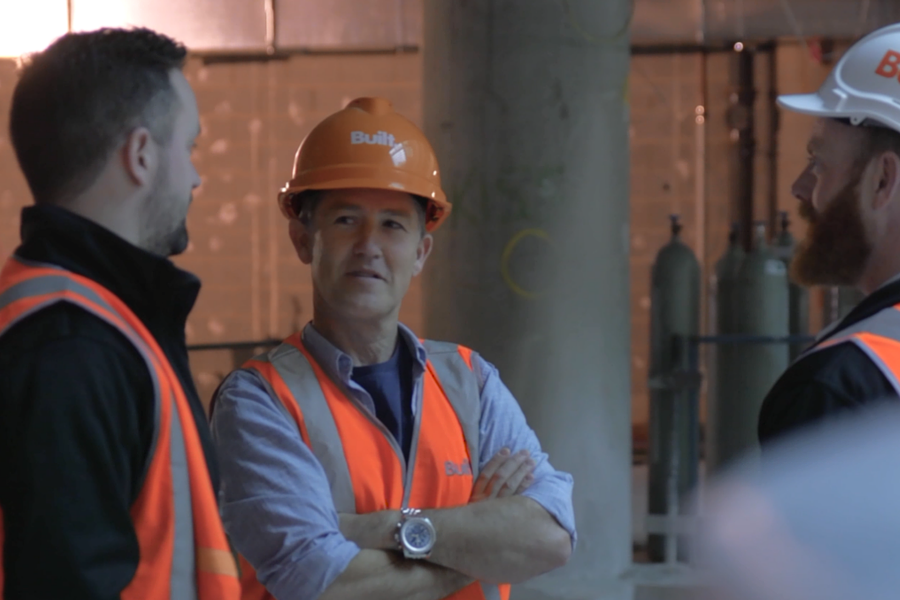 One of the most common stereotypes about builders is that they are constantly behind schedule and end up charging far more than they originally quoted. Melbourne startup Progressclaim.com believes this is often due to difficulties associated with the submittal and approval of progress claims – these are a means of providing details about how much work has been completed in the last month, and therefore how much is to be paid to assorted contractors.

Problems usually arise because the current process of lodging and reconciling these claims is still mostly manual, with several different parties having to collaborate through Excel spreadsheets and email. Disputes in this area are estimated to be costing the Australian economy as much as $7 billion a year, adding to 6 percent to the cost of a project.

Progessclaim.com founder and CFO Lincoln Easton, a chartered accountant who spend several years working for large corporates in London, came up with the idea for the platform after coming back to Melbourne to work with his brother as CFO of Easton Builders. The pair grew the business to an annual turnover of $50 million before selling to a China-based investor in 2011. During this time in construction, Easton had realised that the manual process for completing progress claims was one of the biggest pain points in the industry.

“This [process] can lead to inaccuracies, disputes and strains on business relationships, as well as legal issues and hold ups on site, making the cost and time of a project expand exponentially,” he said.

And so he came up with Progressclaim.com, a cloud-based platform that allows users – whether they be contractors, subcontractors, consultants, clients, or other stakeholders – to work on and administer payment claims collaboratively. Documents can be shared between organisations in real time so that all users have a single view of the status of the project and are on the same page. Automated reminder emails can be sent to submit claims and approvals, with conforming documentation produced and delivered instantly by email. It seems like fairly simple stuff, but it’s a huge step forward for an industry that still favours a pen and paper.

Launched in 2011, Easton self funded the initial development of Progressclaim.com before obtaining match-funding from Commercialisation Australia and finding a major investor in South African company Prescient Limited. The startup this year won a national award at the iAwards, and its growing list of clients includes Built, a construction company with an annual turnover of more than $1 billion. Built will be rolling out Progressclaim.com across all its building sites.

However, Easton said it wasn’t easy to get the first clients on board, though not because of any real competition; he maintains that “our only true competitors are spreadsheets and emails and industry inertia.”

He said, “We’ve seen some challenges in the adoption of new technology in construction which, as an industry, is notoriously slow to embrace change. In the early years we met many contractors, large and small, screaming out for a solution but reluctant to be among the early adopters.

“This situation is rapidly changing now that we have the trust of several of the biggest players in our space. These companies have proved the value proposition of our software and the rest are quickly following in their wake.”

The startup has been reaching these companies through a mix of digital marketing and face time at trade shows and events attended by the top construction companies. Progressclaim.com is just one of a number of startups that have been attending these events, with the construction industry slowly coming around to innovation in new areas; startups like SafetyCulture and SafeSite, which focus on making construction sites safer, have also slowly been making inroads.

The opportunity in this space is huge – the construction industry in Australia alone is expected to generate $344 billion in revenue in 2015-16. As such, Progressclaim.com’s focus “for the foreseeable future” is on Australia, however Easton said the startup is seeing and discussing opportunities in the international operations of several Australian-based clients, particularly in Asia.

Previous article Tyre Compare is a platform that puts the choice back in the consumer’s hands
Next article What Australia could learn from Israel, the Startup Nation
Via Profiles
Tags constructioneaston buildersfeaturedlincoln eastonMelbourneprogressclaimprogressclaim.comstartups