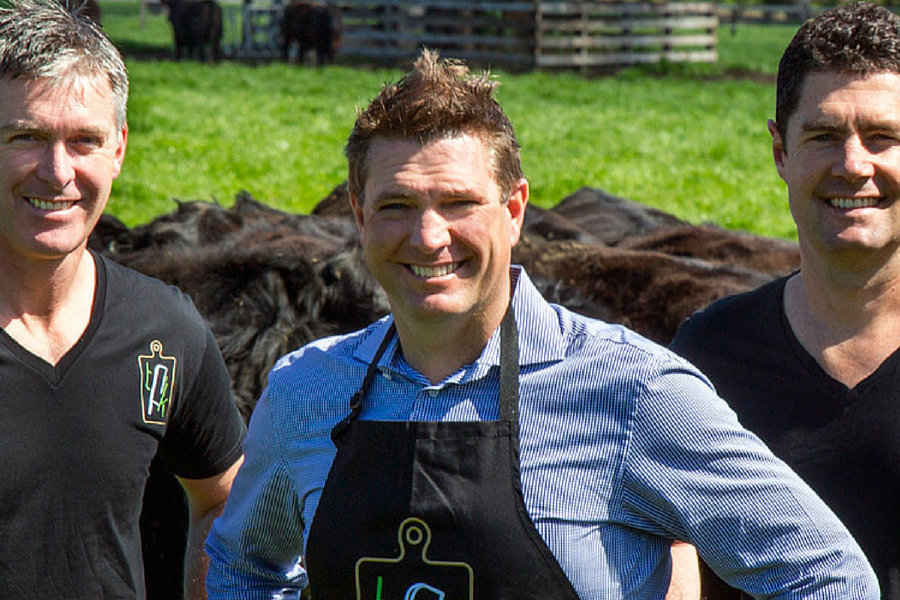 If the number of Australian startups launching in these two industries is any indication, food and exercise are the hottest things of 2015. This year has seen startup after startup launch offering users monthly memberships to a range of boutique fitness studios, presumably to help them work off all the gourmet food they’ve been cooking and eating thanks to their fresh meal kit delivery subscription.

Because the year is not over yet, another new player has entered the meal kit delivery market. Say hello to Thomas Farms Kitchen, a subscription service from Thomas Foods International. Founded in South Australia in 1988, TFI is now Australia’s largest meat and fresh produce processing company, generating over $1 billion in yearly revenue.

The new meal kit delivery service was founded by Bruce Lennon, who was formerly an AFL player and worked at real estate company Harcourts; Simon Dennis, another former AFL player and vice president of Groupon Australia; and Darren Thomas, CEO of Thomas Foods International after Lennon and Dennis decided they didn’t like existing services.

“Both Bruce and I have young families and busy working lives. We both have a passion for food and love the art of cooking. Most of us are losing our connection with food and with connecting with each other. We realised food is a wonderful way to achieve this,” Dennis said.

The pair believe there were three “fundamental problems” with what was already available: lack of choice, with set menus each week; no flexibility due to lock-in subscriptions; and an “unrealistic” number of minimum meals, which Dennis said didn’t work for singles. They began work on the Kitchen offering almost a year ago, looking to create a service which avoided each of these problems.

Meals are priced at $12.50 per serve, with a ‘premium regional meal’ added to the menu each fortnight priced between $18.90 and $26 per serve. This is a bit pricier than other offerings such as, say, Marley Spoon, whose meals start at $9.95. Customers can either set up a recurring weekly subscription or pick and choose which weeks they’ll want to buy from, with the minimum set at three meals. Delivery is free for five serves or more, with four servings setting customers back $7.50 for delivery and three servings incurring a $15 delivery fee.

Thomas Farms Kitchen also offers a monthly membership. The $11 fee gives members a discount of 10 percent on all meals and items in the online store, as well as special offers and access to the database of previous recipes.

Given the service is part of Thomas Foods International, sourcing produce shouldn’t have been too difficult a task. Each customer’s produce is sourced from within their home state to minimise food miles, with regional produce sourced from small producers around the country to feature each month.

Of course, because content is everything, Thomas Farms Kitchen also has a cooking channel online featuring videos from its chefs, including head chef Nigel Rich of South Australia.

So is Thomas Farms Kitchen actually doing anything so differently? The existing players in the space have come in from every angle, but apart from a couple of dollars’ difference in price, the ability to choose recipes, and minimum orders aside, they’ve all ended up being mostly the same. Melbourne startup Nourissh, which counts Vinomofo founders Justin Dry and Andre Eikmeier as investors, is perhaps the service with the most clearly defined difference in that it specialises in organic, gluten free, carefully balanced nutritious meals. With content and stories king, an interesting point of difference for Thomas Farms Kitchen could be a focus on its farmers and producers through its video channel or even accompanying recipes, helping connect customers to a story.

Now, the most studious of potential customers will bother to research the small differences between the various offerings, but like many things, it may all just come down to money and how much these companies have to spend on getting their name out into the market. Thanks to the backing of Thomas Foods International, Thomas Farms Kitchen should be fine in this respect; it also has three founders with proven business smarts.

Of course, the biggest player in the space is still HelloFresh. Backed by Rocket Internet, HelloFresh also has piles of money to spend on marketing, and spend it it has – the company has been handing out discount vouchers around the Sydney CBD almost every day for months, with occasional stalls at Town Hall and Central stations as well as street festivals, which begs the question of whether this type of service is something a significant number of Australians actually want or need – certainly not enough to sustain half a dozen players in the market for long.