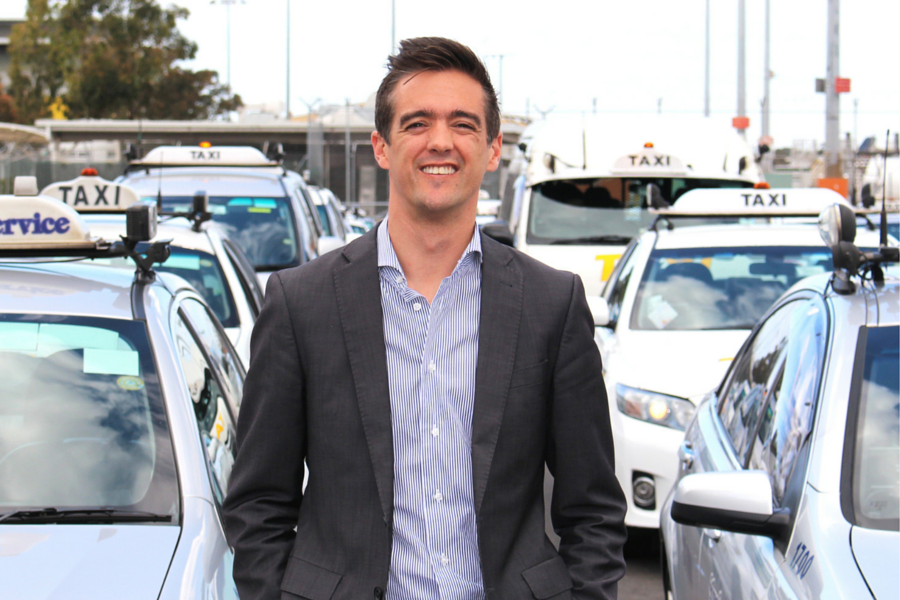 The taxi industry has received severe backlash thanks to years of poor customer service and PR campaign disasters – the Victorian Taxi Association had a shocker just last week with their #YourTaxi campaign. Knowing they’re working in an industry where you either drown or swim, taxi booking and payments app goCatch has unveiled its new branding in order to compete with the sharks.

The startup has had the same colour scheme for four years, and the team now feels that it’s time for a change from the popular but dated colour scheme of yellow and black that has dominated taxi services throughout Australia. Ned Moorfield, CEO of goCatch, wants to emerge out of the taxi industry with a new branding design of red and black in an attempt to stand apart and create a more professional appeal.

“I think that, at least getting away from that yellow and black branding, they’re not going to think that we’re part of the taxi industry,” Moorfield said.

To build a challenger brand in the Australian taxi industry, goCatch engaged with creative agency New Republique, who researched competitors and interviewed existing users. The decision behind the rebrand came from research into well respected Australian brands like Qantas, Virgin, Westpac and NAB, where there is a dominant use of the colour red.

Nima Yassini, CEO of New Republique said, “As a creative agency, we love to work with brands that are innovative and disruptive, and our collaboration with goCatch was a great opportunity to transform a brand that has so much to offer to its customers.”

Looking back at the feedback from both customers and those who use competing products, Moorfield understands that the customer wants to be in control of their journey and not be at the mercy of taxis drivers who consider the customer last in their list of priorities.

From this research, the tagline ‘Own your journey’ was coined to place the customer at the forefront of the company.

“We put them first above anything else in the industry,” said Moorfield.

Charles Hunter, Director of Sales and Marketing at goCatch believes that, “New Republique has successfully embodied our strategic positioning. We believe the new goCatch logo and colours cleverly capture our ‘own your journey’ mantra, putting the customer and their journey at the core.”

Moorfield hopes that the dramatic change in colour and design will deliver a more professional feel along with newer, varied services. In an already cluttered market of driving services, goCatch has expanded its service beyond the average consumer to make its mark in the corporate world. In July, Ernst & Young became the first company to trial goCatch’s new corporate solution, which allows organisations to easily charge staff travel back to a single business account.

This slight shift is one of the main ways the startup is looking to edge out its main rival Uber, which has gone from strength to strength this year despite regulatory issues. However, apart from the #YourTaxis fail, it’s not all bad for the taxi industry. Though it’s also changed regulations in order to make Uber legal on its roads, the ACT is also cutting down the cost of putting taxis on the road – taxi plates in the ACT will be reduced from $20,000 to $5,000 a year over two years. With taxi drivers arguing for much of this year that they can’t hope to compete with Uber because of the cost of running a taxi, this reduction is hugely significant.

As regulations change and the industry develops, goCatch aims to lay down new foundations of its product with its new branding. In an industry long associated with station wagons, Moorfield is looking to upscale to a more premium offering, with high quality cars.

“The brand transformation represents another corporate milestone for the company, further highlighting our ongoing commitment to offering the best products and services to Australian consumers,” Moorfield said.