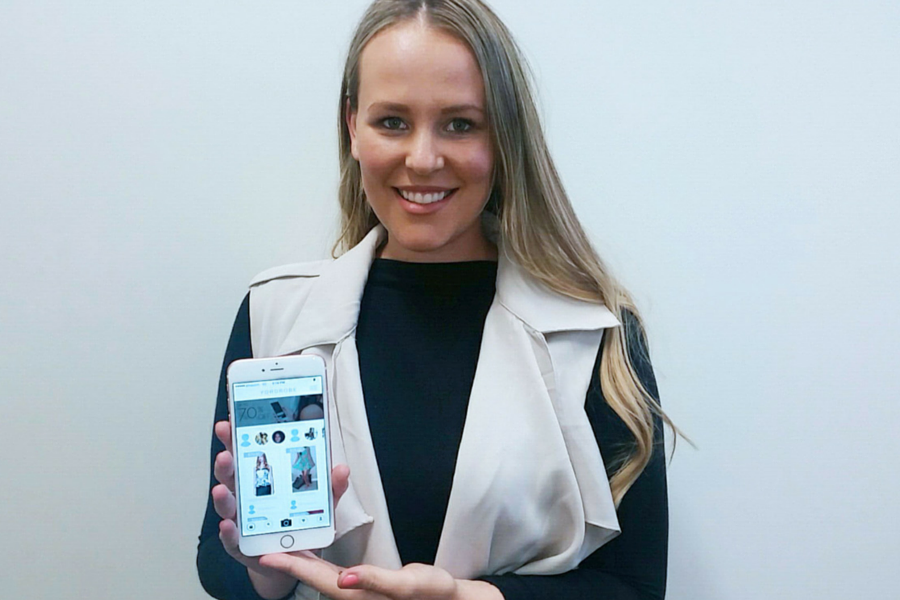 Op-shops like Vinnies used to be enough to satisfy lovers of vintage fashion, but the number of vintage pop-up shops appearing around Australia and attracting large crowds show that there’s a large market for pre-loved fashion. Like most other things, this experience has now been translated into the online world; given most of us have a closet full of clothing that we never want to see again because it reminds us of an era of bad fashion and poor life choices, app after app is now giving us a way to capitalise by selling and swapping second hand clothes.

Based in Victoria, Remoda is one of the latest to emerge in the market. Like others, it too is based around this idea of selling off your pre-loved, or never worn clothes. Cofounders of the startup, Arie Spivak and Nir Davidson, believe that online vintage shopping is the new way to find your own sense of style and fashion in Australia.

Pop-up stalls and markets have long been a favourite for fashion lovers, letting them browse, touch and try clothing relics from the past. The success of pop ups like Round She Goes preloved fashion markets identifies the popularity of first-hand discovering, bargaining and buying. The look and feel of vintage market places are hard to be replicated online, but both Spivak and Davidson want to take the idea of window shopping and browsing into the online sphere, where the experience of shopping is not lost on mobile devices.

Using the app feels almost like window shopping from anywhere in Australia. It allows users to buy and sell items based on location and style choices. The target audience is identified through leveraging existing social network platforms, with an interface design similar to that of Instagram and Pintrest. Users upload a photo of an item they wish to sell, with a deal negotiated just as on platforms such as Gumtree. Buyers and sellers agree upon a price and find a place to meet or exchange their payment details. It’s really just a combination of Ebay and Instagram.

“People have been complaining about eBay fees becoming astronomical and a lot of frustration there. That’s where we fit in. We’ve see amazing growth and interest in Australia since we started,” said Spivak.

Launched in May, Remoda has already reached 200,000 downloads Australia wide, with 150,000 listings, accumulating to a value of $30 million. These figures show that there is a viable market in Australia for pre-loved fashion apps, but Remoda isn’t the only one in the market.

Each founder of a fashion swapping startup always seems to come to the idea in the same way. CEO of 99dresses, Nikki Durkin started her business because she wanted to solve a problem she had personally experienced: having a closet full of clothes but still nothing to wear. However, Durkin’s fashion app failed due to a number of issues that made it hard to monetise, and it was consumed by unreachable growth plans.

Of course, the failure of 99dresses hasn’t deterred other entrepreneurs from taking a crack at the space. Shortly after the shutdown of 99dresses, new startup 99closets took its place (and almost its name). The startup is really just a revamped version of 99dresses, focusing on the use of mobile phone devices rather than web-based platforms. It was born out of the same issues, targeting women who have a closet full of clothes and nothing to wear – which almost sums up every girl in Australia.

Cofounder of 99closets, Christian Lin, told Startup Daily earlier this year, “It seems like that’s a very common issue, where women have so much in their closet but have little they actually want to wear. I thought, why don’t we sell their clothes to people and buy newer things to wear?”

Also trying to capitalise in the online market of second hand fashion is Yordrobe, an app that launched only a month ago. It once again uses the premise of selling, shopping and swapping fashion. Its point of difference is that, rather than focusing on vintage clothing, the startup targets Australian designer labels.

“We’re trying to capitalising the Australian market, where girls already use these brands to buy, sell and swap them,” said Yordrobe founder Rochelle Carbs.

Based out of South Australia, Yordrobe is competing in a market where vintage sells – according to Spivak from Remoda, 30 to 40 percent of items sold in South Australia are vintage. Remoda began as a social marketplace for users to buy houseware, fashion and electronic products but decided to pivot when they discovered a trend of female users looking for vintage clothing.

“We noticed the trend in our app that most of the users coming on board were female and they were buying and selling women’s pre-loved clothing,” said Spivak.

Given it is competing with an already established app like Remoda, which has amassed a significant user base, Yordrobe has its work cut out for it. While Remoda has expanded Australia wide, Yordrobe is currently focused on growing in the South Australian market. However, its scope is quite limiting – Carbs said that while they encourage users to tell them what brands they want to see, Yordrobe has control over what they can sell and swap on the app.

This very control over what users can upload, swap and sell limits Yordrobe to a very particular market, one which is already being targeted by Remoda. This similarity between the two apps may make it difficult for Yordrobe to differentiate itself in a highly competitive market, especially since Remoda already has a significant number of users.

The social trends and gaps in the online world of pre-loved fashion have well and truly been addressed and filled. The success of these apps rides upon how they can differentiate themselves from one another and harness the power of mobile platforms.