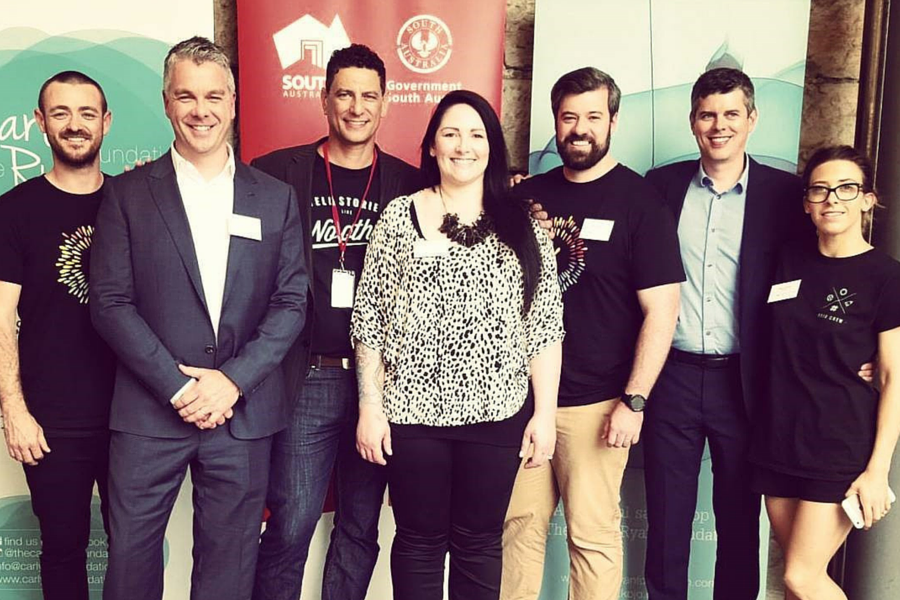 Carly Ryan thought she had met her dream boyfriend online. She spent 18 months talking to him, an 18 year old musician from Melbourne. After a while, he convinced Carly to finally meet up with him. However, rather than meeting 18 year old Brandon, Carly founded his father ‘Shane’ – in reality a 50 year old predator called Gary Newman – waiting for her. Though she rejected him then, Newman convinced Carly to meet Brandon again. He took her to secluded beach and killed her. Carly was just 15.

Unfortunately, Carly’s story isn’t uncommon. One of the biggest problems is that with kids simply growing up with the internet, parents often have no idea what their children are doing online and who they’re talking to.

After what happened to her daughter, Sonya Ryan has spent the past few years dedicating her time to educating young people and their parents about the dangers of cyber crime. Her experience led her to come up with the idea for Thread, an app which she believes may have helped her daughter if it had been available to her.

Bringing the idea to life came when Ryan met Matt Byrne of digital agency KOJO at a school education session. Byrne was inspired by her story and her passion to improve the safety of kids, and so decided to arrange a meeting to see how KOJO could get involved.

Stephen Lord, chief strategy officer at KOJO, said, “As a storytelling business, we knew this was a story that needed to be told and we wanted to find a way we could help.”

KOJO has been working with Ryan for the last two years, with their aim to be a long-term partner in helping her bring to life the vision she has for the Carly Ryan Foundation. One of the main aspects of this is Thread, a security app which aims to help parents keep tabs on their kids without being too overbearing.

The app, the development of which has been funded by the Foundation, KOJO, the South Australian Government, and Google, allows parents to create ‘check in’ times for which kids should have arrived at a specific location, for example getting to soccer practice after school. When they arrive, the kids can log on to quickly show they’re there. If a pre-set check in time is missed, the child’s last known location will be sent to their nominated contacts. 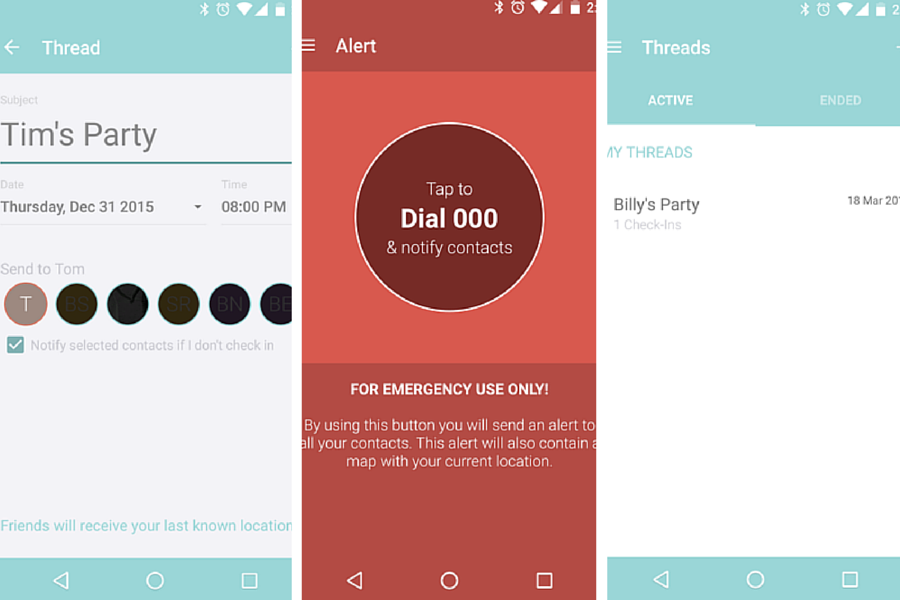 The app also lets users start discussions with trusted contacts about any worries they have and share images, and in case of emergency, allows users to send their location to 000 as they dial, with the emergency call able to be activated from the phone’s PIN screen.

Thread isn’t the first piece of safety tech for kids. Just a few weeks ago Startup Daily wrote about Moochies, a limited functionality ‘smartwatch’ that allows parents to track their kids via GPS and call them if needed, with the watch allowing for calls to be made to two pre-set numbers and emergency services. Aimed at young kids and tweens, Moochies are for parents who want to be able to watch and contact their kids without giving them a smartphone.

Thread could be seen as the next step up for when kids graduate to a smartphone – after all, it can’t be avoided forever. The beauty of the app is that it makes communication between parents or guardians and kids unintrusive; parents can simply keep track of their kids through the location check in pre-sets, which for kids may feel nicer than the idea of parents tracking their every movement by GPS.

Lord said, “There are personal safety apps that are simply alarms on the market and there are also general social apps to publicly tell people where you are. However, until now, no one has combined them in a way where the sole purpose is to keep the lines of communication open between the user and a close group of nominated contacts, to keep both parties updated on location and status.”

Any app helping kids stay safe is undoubtedly a good one, and Thread is quick and easy to use, which will mean kids won’t find regularly checking in through the app an annoying chore, however one problem with the app – and any other relying solely on a smartphone – is that if a child loses their phone or has it broken or taken off them, parents will only know their last known location. It also doesn’t solve the problem of not knowing what kids are getting up or who they are talking to online. Still, there’s no easy solution for every problem, and Thread is a big step forward in terms of child safety – if it saves even just one child, it will have done its job.

Lord said there have been discussions regarding partnerships with other groups helping people who may be in vulnerable situations, while there is also potential to expand the app internationally.