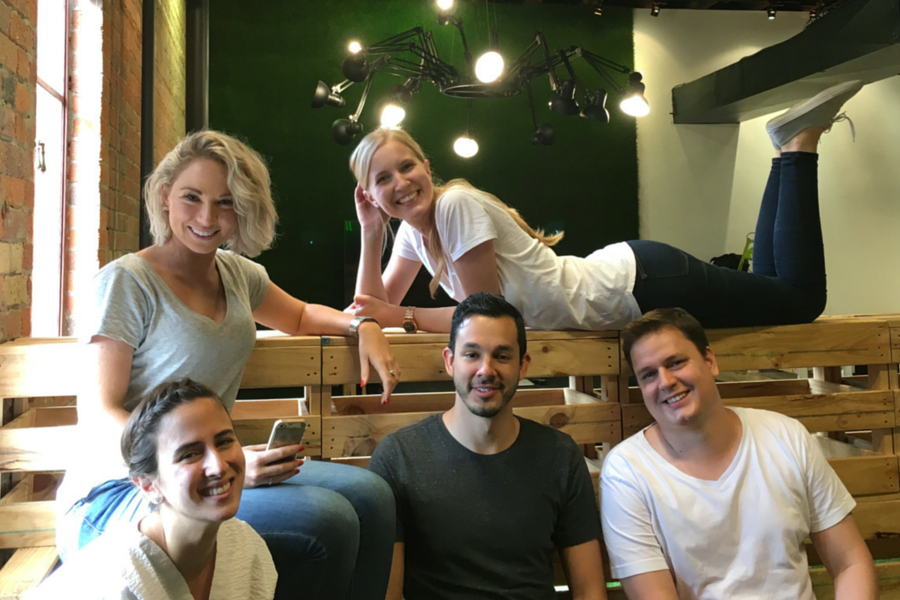 Making it in the media market is tough. Traditional media outlets with centuries of history behind them and hundreds of millions of dollars in backing are downsizing, while many a startup trying to approach the market from a new angle has burned out quickly.

Brisbane’s Daily Crow News, cofounded by marketer Isabelle Debnam and UX/UI designer Lara Salameh, is yet another media startup hoping to make its mark. It’s like a news-focused audio Twitter feed, delivering 10 second snippets, or ‘crows’, of hyper-local audio news, allowing listeners to find out what’s happening around them. The app allows users to upload their own stories, essentially having them become citizen reporters. These stories can then be upvoted or downvoted by other users, with users also able to follow other users they enjoy.

The idea for the app, which the co-founders envision having “the informative power of Twitter and the hyper-locality of Yik Yak”, came from their own experiences as media consumers in the age of the 24 hour news cycle.

“Everyone is so time-poor these days and we felt personally frustrated by not having a quick way of taking in the news and events happening in our city. We are passionate about celebrating Brisbane and its cultural offerings, and wanted to create something that helped give young people a voice in our city,” Debnam said.

“We saw a gap in the market for a cross between traditional news and social media – something that would be conversational yet informative and useful.”

The co-founders have largely self funded the development of Daily Crow News, receiving a small amount of funding from a Brisbane digital agency. Debnam said that this has allowed the startup to pay employees fairly, however as is the case with many new media startups, most of the content itself has so far been created largely by a team of volunteer journalism students from local universities.

“We hold regular content workshops with them to brainstorm angles and make sure we don’t miss anything happening in Brisbane,” Debnam said.

The startup has found that users are responding positively to light-hearted, conversational content, from which they have inferred that listeners are using the app to find out about cool things to do in Brisbane.

Debnam added, “Our funny weather reports are always a hit. There is a lot of heavy, serious news already covered by existing news platforms and we want our market listening to news that is directly relevant to what’s going on in ‘their world’. At this point in time we have a few hundred returning listeners, and we’re focusing on ways to make them engage with the app every day.”

The app is easy to use – you simply open it and click on the ‘record’ tab to record your own crow and upload it, while another tab lets you scroll through the app feed. The app is has a funky, colourful design that makes it pleasant to use, but after a few minutes using it, it’s clearly lacking something: visuals. The team acknowledges this and is working on integrating visual components into the app to accompany the audio.

The other huge elephant in the room, of course, is the issue of growing and monetising the app. Making money in media right now is really, really hard – just ask the Fairfaxes of the world. There are thousands of media outlets and platforms out there competing for readers, viewers, and listeners, and standing out is hard. The basic concept of Daily Crow News itself is a little similar to that of Outloud, a Washington DC startup that allows users to upload short snippets of audio, though there’s no specific focus on types of content. However, whether it’s due to the fact that it was a side project for the founders or couldn’t find users or other reasons, Outloud doesn’t seem to have taken off.

Now, citizen journalism is growing and these people are often the first adopters of new technology and platforms. Platforms like Twitter, Vine, and Periscope were crucial during the events in Ferguson earlier this year, so there could, in theory, be a market for Daily Crow News. The problem for the startup is that visual mediums usually trump audio, particularly on social media, but while they’re looking to add visuals to the app, adding too much risks making it too similar to existing platforms.

For now the co-founders are focused on building a solid listener base in Brisbane and becoming a valuable resource for the community.

Debnam said, “Down the track, we’ll consider things like tasteful advertising and strategic partnerships to ensure our team is compensated for their work and the app is as strong as it can possibly be for our community.”

Previous article InForm and PleezPay have used the R&D Tax Incentive as a tool to grow their business
Next article Melbourne FinTech startup MoneyPlace launches offering consumers up to $35,000 in peer-to-peer loans
Via Other
Tags Brisbanedaily crow newsfeaturedisabelle debnamlara salamehmedianewsstartups