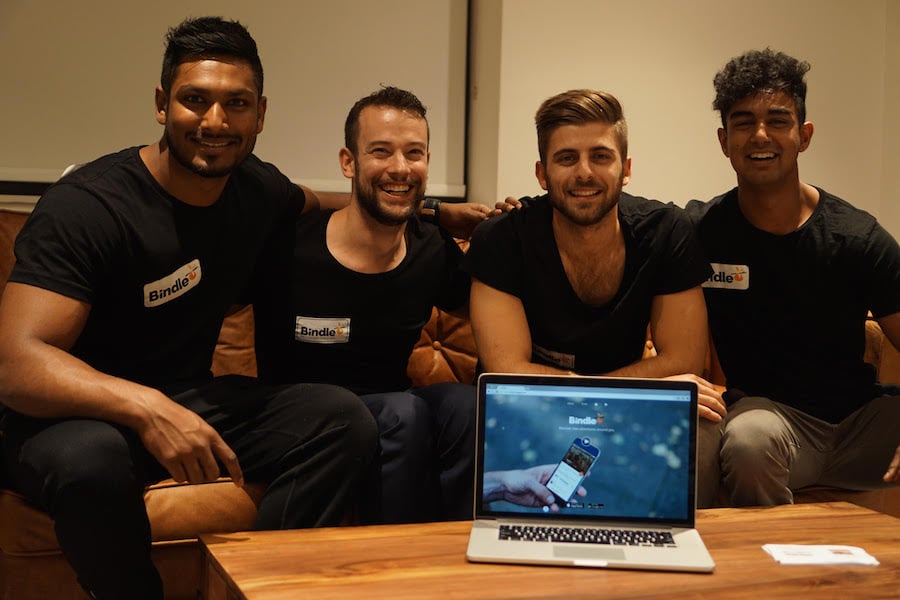 Launched last August, Bindle was an app that allowed users to find and connect with other travellers nearby and share their experiences using a user-generated and rated travel guide.

Co-founders Rizvi Mridha, Steve Hutchinson, Marko Siljanovski and Afnan Hannan named their startup Bindle after a character in the novel Huckleberry Finn who carries a ‘bindle’ on the end of his stick. Essentially it’s a sack used by the American sub-culture of hobos.

Bindle was one of many TravelTech startups that launched in Australia last year. A majority of them have not been able to generate enough traction to warrant them sticking around to the point of monetisation. Bindle, however, which raised around $90,000 to test and refine its concept and prove product-market fit, decided to scale back some of its features and switch its target market.

“The pivot was brewing in the back of our minds based on the feedback we were receiving from users,” says Mridha.

“The pivot really has two sides to it. The first is not focusing everything on the travel market. Many people we spoke to said things like ‘when I finish work on a Friday or I want something to eat these problems don’t just affect me when I’m travelling’. We realised that the end user may not be travellers.

“The second point was the pivot from is moving from just connecting people to enabling more local interaction and discussions between users without the focus of necessarily meeting up with somebody”.

Bindle’s new UI allows users to more easily find and share their experiences; and ‘connection’ aspect is no longer the most prominent feature of the app.

When it comes to sharing experiences, there are many tools that already exist. Foursquare, Yelp, Zomato are the popular ones and there are other Australian startups entering the space like HeyLet’s and Roam.

Bindle’s co-founders are aware of this and are not discouraged. They believe they understand the community side of local discovery and that larger competitors have been taken over by businesses telling people what to do and where to go.

“Those competitors are very commercial platforms so it is really businesses telling you where to go, what to do,” says Mridha.

On paper this makes sense. But in order to succeed, the user experience will have to be outstanding, otherwise they will likely go back to using Facebook, Twitter and Instagram to share their experiences.

Bindle’s immediate focus is user growth. Geographically, Bindle will focus on attracting users from Sydney’s CBD as well as the Bondi and Coogee areas.

“That area covers three major universities like UTS, UNSW and University of Sydney,” says Mridha. “It also covers backpackers’ travel hotspots. These markets (students and backpackers) will contribute content and use the app more than any other demographic; they’re the early adopters.”

The goal is for the platform to reach 10,000 users by the end of the year, before starting discussions with investors. Bindle is hoping to raise a seed round of investment early next year.