Sydney startup FraudSec is a whistleblowing platform that guarantees anonymity 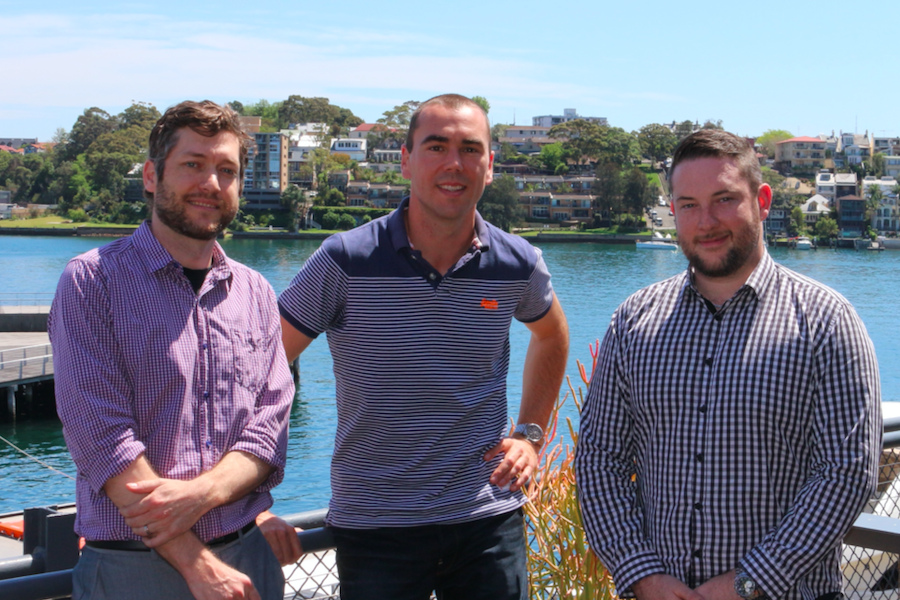 Sylvain Mansotte knows that, in reality, this isn’t quite the case. He had only been working at Leighton Holdings, one of Australia’s biggest contracting firms, for a few months before uncovering some strange numbers in the company’s books. He had uncovered over $20 million worth of fraud, but was scared about coming forward. While it worked out well in the end, with the culprit going to jail, Mansotte spent the next two years in the risk and fraud department and found that getting people to come forward was a common problem. People worry about losing their job, being blacklisted and the myriad other consequences that could arise from blowing the whistle and being found out. Anonymity is absolutely crucial in these cases, but it’s hard to guarantee.

It was through this experience that Mansotte came up with the idea for FraudSec.

“I thought, I can help these individuals to blow the whistle in anonymity and it would be completely transparent to the organisation. I can also help organisations to manage more effectively with the investigation by communicating back and forth with those whistleblowers not knowing who they are,” Mansotte said.

Launched in April, FraudSec is an app that helps whistleblowers give, and organisations collect, anonymous tips about fraud and other goings on within an organisation. Through the app, organisations can create incident forms and make them available to employees by distributing URLs and QR codes. Employees can then submit information including photos, documents, and other media anonymously, with the app working through 256 bit encryption to make sure the whistleblower’s IP address is never revealed. The whistleblower is then given a case number, by which they can access a two-way communication channel with the organisation.

Mansotte began discussing his idea with Matthew Browne, a former colleague who had moved to the Commonwealth Bank, late last year, asking him to help find a developer who could create a bulletproof platform. Browne, now CTO, found Richard Ross at CBA, and told Mansotte they wanted to be part of the venture. Ross is now CIO of FraudSec.

The platform offers two membership tiers. The first, for small and medium businesses, is priced at $9 per user, per month and allows for an unlimited number of whistleblowers to report issues to be reviewed by a user in one organisation. This tier was created because Mansotte believes that there’s almost no business too small to use the platform. A worker at a cafe, for example, may notice that the cook doesn’t wash his hands after using the bathroom, but may not feel comfortable telling their boss in person.

The second, priced at $99 per user, per month, is aimed at enterprises, whether they be corporates themselves or companies that deal in investigating fraud, such as the big four accounting firms. A user can work across various organisations, which means that a global company with five offices worldwide may want a case manager in each country to have access to the platform, or an external investigator can work across three different companies. The enterprise tier also has case management functionality, allowing managers to create information forms for different areas or subsidiaries of the company.

There is some competition in the market, the biggest of which are the firms that provide investigation services themselves, however Mansotte believes FraudSec can in fact work with them rather than against them, becoming another important tool in their arsenal.

“All the current reporting channels include hotlines, fax, an email, the intranet of the organisation or an appeal doc which is mailed, and none of those channels are anonymous and two-way. They’re not very effective. Most of the time whenever someone calls, you have to ask them a lot of questions because you know you’re probably not going to talk to the whistleblower again and it’s really hard as an investigator if you can’t communicate with your source,” he said.

FraudSec has built up a substantial client base since launching in April, with one of the big four accounting firms using the platform and “a large multinational” active in over 150 countries also on board.

With companies using such a service not exactly rushing to disclose the fact, growing the startup through recommendations on the website and other such strategies isn’t a viable option. Mansotte said the team is sidestepping this by attending networking events with partners such as the Governance Risk Compliance Institute, who can promote the product to their members. It is also looking to target governments and government bodies.

The FraudSec team is also working on a number of other products that take the same sort of approach to different areas: SchoolSafe is one new app in the pipeline, looking to help kids who are being bullied or harassed at school report what’s going on to someone of authority, while ReportDV wants to help victims of domestic violence.

To help speed these developments along and spur growth, Mansotte said the startup is looking to raise a seed round of anywhere between $1.5 to $3 million over the next few months.

But Mansotte’s grand vision is about more than just growing a business; with FraudSec he is on a mission to democratise the term ‘whistleblower’.

“I want to be an advocate for other whistleblowers. I’m actually on a mission. That’s really why I started Fraudsec. That’s my task. Ultimately I want to democratise whistleblowers, making sure that they’re being looked at as heroes instead of being vilified in an organisation…for the first time in my life, I’m helping others in a way that I’ve never done before.”