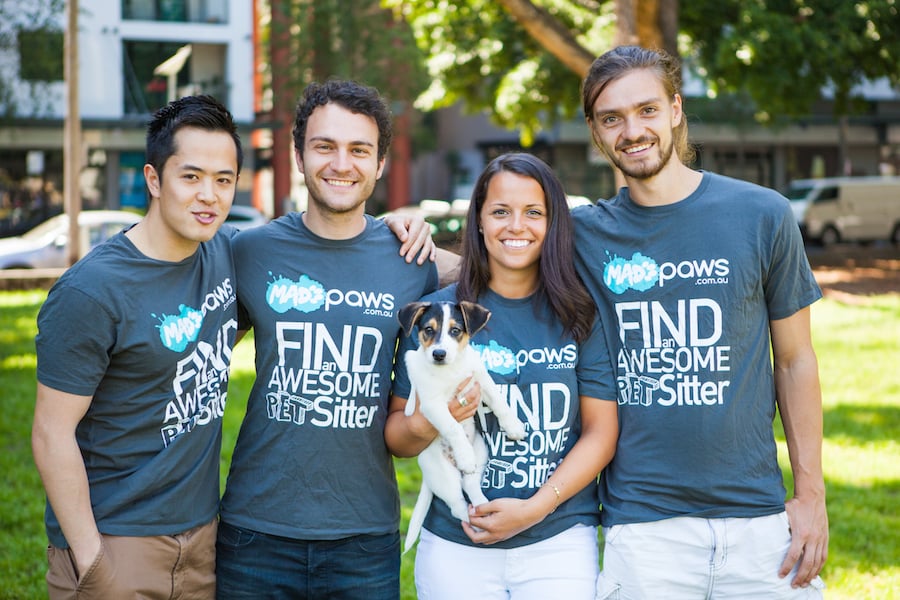 This morning, Sydney-based Mad Paws, a fast-growing marketplace for pet services, has raised $1.1 million in an oversubscribed funding round. Investors that contributed to the round include Macdoch Ventures, cofounder of HotelsCombined Michael Doubinski, Commonwealth Bank Group Executive Matt Comyn and Managing Director of Amazon Web Services Paul Migliorini.

Mad Paws now claims to be the largest marketplace of its kind within the Australian market with over 3,500 verified pet sitters across Australia and over 50 percent month-on-month growth.

The startup, which describes itself as the ‘Airbnb for pets’, was cofounded by Alexis Soulopoulos. It allows pet owners to find local, vetted pet sitters for their “best buddies” allowing pet owners to get rid of the guilt of leaving their dog or cat locked at home while going away on holidays and other relevant situations.

Owners pick a sitter based on their profile, qualifications and characteristics, and then communicate care terms and rates with the pet sitter and rate their experience afterwards.

Sitters must go through a verification process to register, and each pet sit is covered by a free public liability insurance policy. 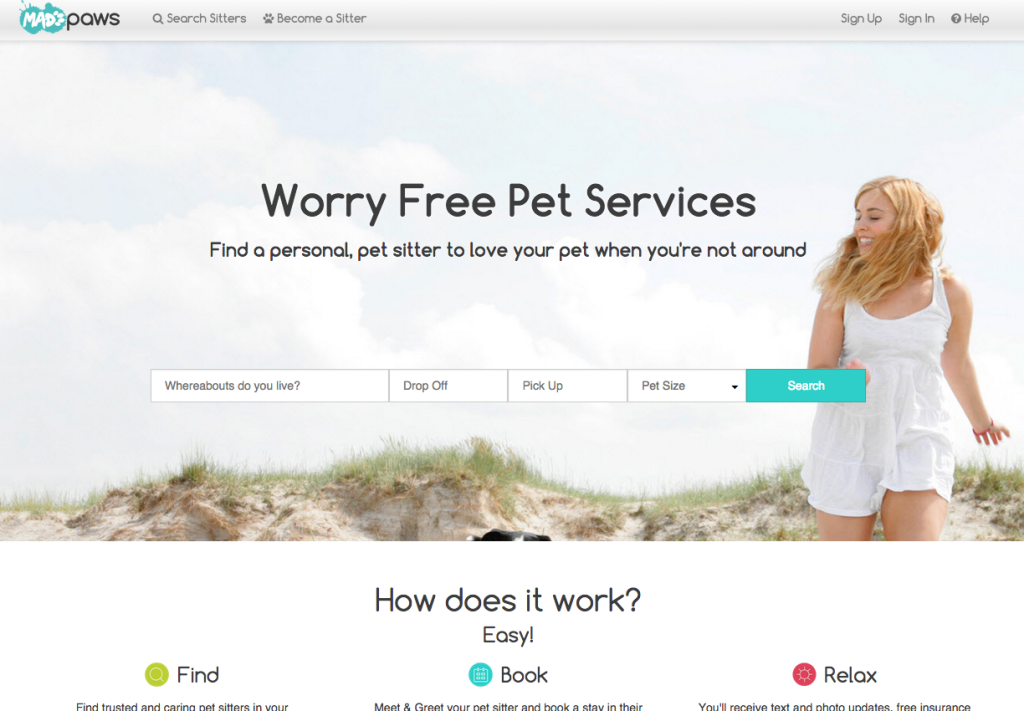 Soulopoulos came up with the idea after pet sitting for a close friend who was struggling to find a place for his labrador, Honey, to stay while he went overseas travelling. Soulopoulos then got together with successful entrepreneurs and business leaders Jan Pacas (CEO Hilti Australia), Rolf Weber (founder BrandsExclusive), Justus Hammer (Co-founder Spreets) and Bjorn Behrendt (Co-founder ParcelPush) and formed the founding team. The service was launched officially in November 2014.

“Having a large number of sitters on the platform is only the beginning,” says Soulopoulos. “It is very important to connect demand with supply in a smart way. It is for this reason that I have called up over 1,000 sitters and customers myself.”

The Mad Paws team put a lot of emphasis on understanding its user base and acting on their feedback. The launch of the company’s mobile app in June is an example of answering the users’ need for more convenient ways of communicating with sitters about their pets.

The new funds will be used to ramp up marketing and grow the team.