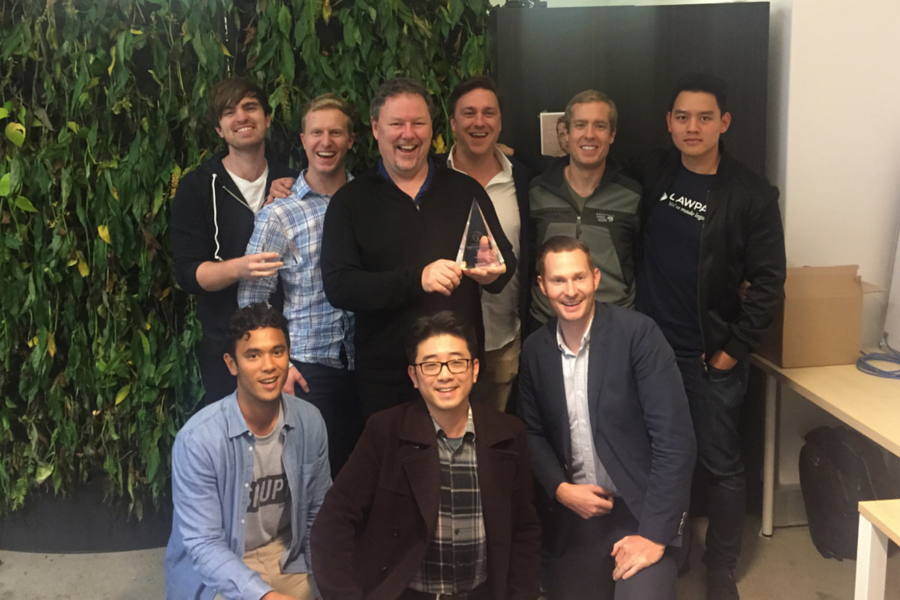 Another big week has seen Cisco announce its intents to acquire Lancope for $452.5 million, and IBM announce that it will be acquiring The Weather Company’s tech and product business. Advanced analytics startup Alteryx has raised $85 million, while payment services startup Marqeta has raised $25 million in a Series C round. Closer to home, LawPath raised $1.3 million, while Australian-founded startup Apptuto raised $500,000 in angel funding.

Porch, a startup connecting home owners with home services professionals, has acquired Fountain, which has created a platform allowing people to ask experts questions and get instant answers.  Aaron Patzer, co-founder and CEO of Fountain, said in a statement, “Fountain has worked hard to ensure you can access a live professional over text, talk and video chat in about a minute. With Porch + Fountain, not only can you access an interior designer, architect, gardener, electrician, plumber or appliance repair expert in about 90 seconds, but if you get stuck on DIY, Porch can send a professional to your house. The combination is transformative for anyone who owns a home.”

LifeLock, a company dealing in the prevention of identity theft, has acquired music streaming platform Bop.fm and is set to shut down its services. Bop.fm cofounders Shehzad Daredia and Stefan Gomez explained in a blog post that they had realised they still had a long way to go “in an industry fraught with monetization concerns” and as such “debated the tradeoffs between doubling down on a risky endeavor versus aligning ourselves with more promising opportunities that had presented themselves.” They said the Bop.fm team will apply its consumer product DNA to help enhance LifeLock’s services.

Augmented reality startup Blippar has acquired Binocular, another startup working in VR and AR, best known for its Glasses.com app. Blippar stated that the acquisition will strengthen the startup’s offering to brands, especially in the areas of virtual try-on and virtual makeover through engaging and immersive user experiences.

IBM to acquire The Weather Company’s product and tech business

IBM has announced its intent to acquire The Weather Company’s B2B, mobile and cloud-based web properties, including WSI, weather.com, Weather Underground and The Weather Company brand. The Weather Channel is not part of the deal, however the company will license weather forecast data and analytics from IBM under a long-term contract. A statement from IBM explained that the acquisition will serve as the foundation for the new Watson IoT Unit and Watson IoT Cloud platform.

Cisco to acquire Lancope for $452.5 million

LawPath, a startup providing cloud-based legal services to small businesses, has raised $1.3 million from Macdoch Ventures, Adcock Group, and a syndicate led by Ben Keeble, principal at Fort Street Advisors. The funding will go towards development of future integrations and partnerships.

Australian-founded startup Apptuto, which offers a tutoring and exam preparation platform for Level I of the Chartered Financial Analyst (CFA) Program, has raised a $500,000 round led by 500 Startups, with participation from investors including Learn Capital partner Michael Staton, Roland Berger, and executives from Google, HSBC, and Macquarie Bank. Apptuto is currently taking part in the 500 Startups accelerator.

Digital market intelligence startup SimilarWeb has raised $25 million round led by Naspers and Lord David Alliance, bringing the total funding raised by the startup to date to $65 million. The funding will be used to expand the company’s operations and further its acquisition strategy.

Payment services startup Marqeta has closed a $25 million Series C round, led by IA Capital, CommerzVentures, and Max Levchin, CEO and co-founder of Affirm, with participation from 83North, Granite Ventures, and Commerce Ventures. This brings the total raised by the startup to date to $46 million, and will be used to expand market reach in the US and begin international expansion around North America and Europe next year.

The Sacramento Kings NBA team has announced a strategic investment in VOKE, a virtual reality startup, through which it will be looking to provide fans with new ways to watch games. Kings owner and chairman Vivek Ranadivé said in a statement, “By partnering with VOKE, we can share the in-arena excitement in an unprecedented way. Through technology, we’ll connect with emerging fans, find new ones, and provide a truly unique experience.”

KeepTruckin, a startup that has created an electronic logbook app for truck drivers, has raised $8 million in a round led by Index Ventures, bringing the total raised by the startup to date to $10.3 million. There are currently 150,000 drivers and 5000 fleets using its platform.

Advanced analytics startup Alteryx has announced that it has raised $85 million in a round led by Iconiq Capital and Insight Venture Partners, with participation from Meritech Capital Partners. This funding brings the total raised by the startup to date to over $160 million.

Gobble raises $10.75 million Series A round

TechCrunch reports that Gobble, a food delivery startup that delivers meals subscribers can cook in ten minutes using a single plan, has raised $10.75 million in a Series A round led by Trinity Ventures, with participation from Andreessen Horowitz, Fenox VC, Initialized Capital, and Anjula Acharia-Bath. Trinity’s Ajay Chopra is joining Gobble’s board of directors. The funding will go towards expansion around the US and growing the startup’s data science and engineering teams.