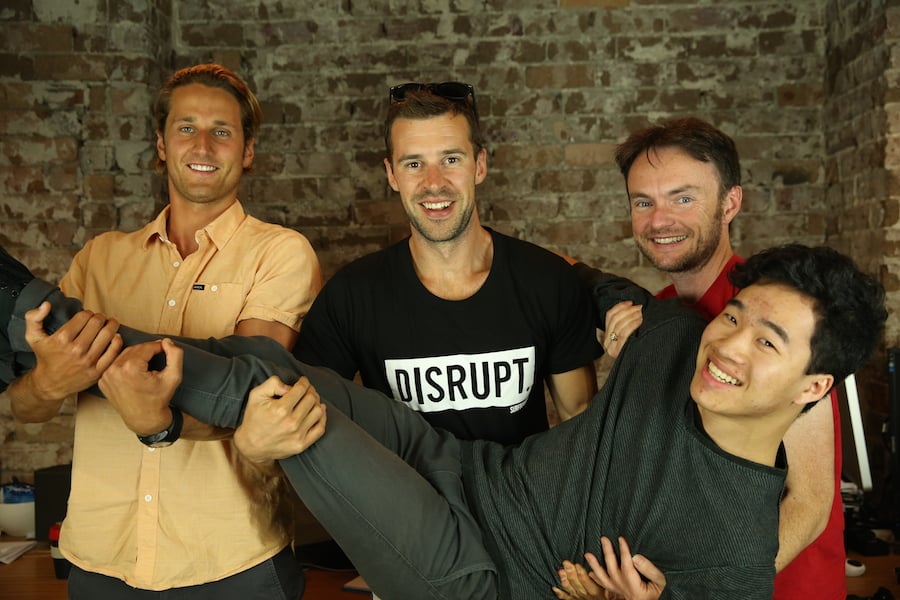 Sydney-based startup Disrupt, which allows customers to design their own surfboards, has announced the launch of its new connected surf board, the SmartSurf.

The SmartSurf boards are equipped with an embedded microchip that enables surfers who have designed a board through the Disrupt platform to log each wave they ride around the world. The chip works without an app – users can simply tap their phone against their board to bring up their design and images of the production process. The chip also contains the owner’s details, which is of course helpful in case the board goes missing and the authorities want to track its owner.

Disrupt CEO Gary Elphick said the SmartSurf chip is the first of many new additions to come to Disrupt’s custom design platform, which works by using data such as weight, age and fitness levels to help customers tailor the shape, volume and size of their board to their needs. He said the idea was spurred on by customers – the startup originally wanted to create a chip that simply held the owner’s details to help in case a board was lost, but found surfers were eager to share the story of their boards and show off their designs.

“The surf industry has lagged in innovation and consumers are demanding more input in their designs and from output from their equipment…we couldn’t be more happy to connect people to the their designs and give them something to brag about,” Elphick said.

This first iteration of the SmartSurf doesn’t allow for surfers to be tracked in real time in case of an incident in the water, but Elphick said this feature will be included down the line.

The startup had hinted at launching an IoT-type play in a chat with Startup Daily earlier this year, and the SmartSurf could be the first step that opens up a range of opportunities. For example, a future iteration of the design platform could overlay user data with location data to determine the types of waves that a customer is most likely to surf, helping the platform recommend the right shape of board for that person. The launch also comes a few months after Disrupt launched in Europe, setting up its European headquarters in the UK after signing marketing partnerships with popular outdoor sports brands including WaveLength and Animal and making distribution agreements with a number of retailers.

The startup, which was part of the second class of the muru-D accelerator, has already created over 1500 boards for customers around Australia and Asia. After a foray into China, Disrupt has brought all their manufacturing home again, with all boards now made in Australia.

The plan is to eventually offer a wider range of ‘smart’ customised equipment across different sports.