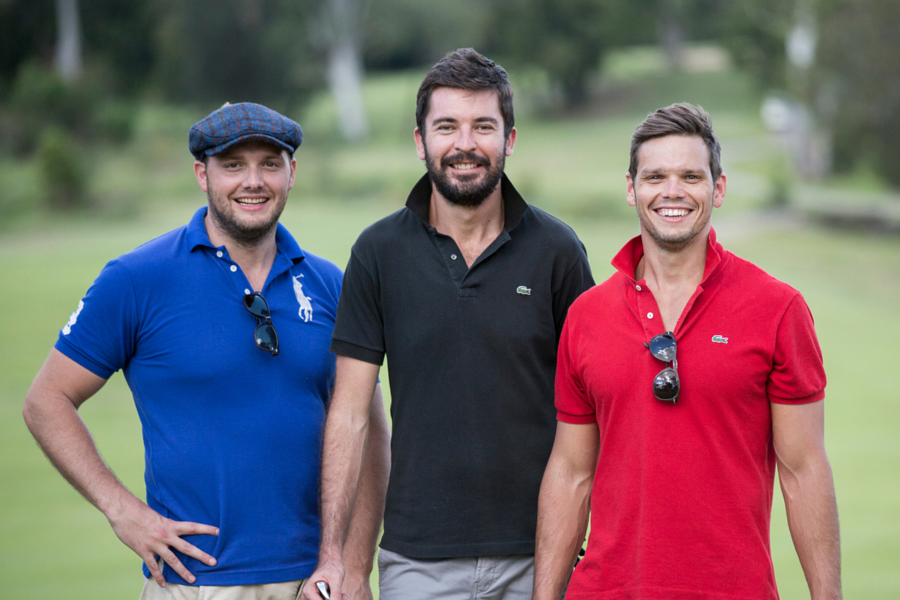 It’s become impossible to watch a sports broadcast without sitting through at least a dozen ads for one sports betting agency or another, and as each agency looks for an edge over the other, it’s never been easier to place a bet. A punter no longer has to visit the TAB in person to place a bet, with Sportsbet to Unibet, Ladbrokes, William Hill, Tom Waterhouse and more offering live in-game betting from a smartphone. It’s also never been easier for punters to lose money.

Brisbane startup Puntaa wants to give these punters back control by letting them bet against friends rather than a faceless system. It’s a peer to peer social betting app that lets friends bet on anything, whether it be sports or inside jokes, with the goal not so much to win cash but to win bragging rights.

The startup was founded by Jordan Oudejans, a racing trader and Puntaa’s industry expert, Damon Oudejans, who takes care of branding, UI/UX, and product growth, and Nick Heaney, charged with the commercial and legal aspects of the business. The idea for the app stemmed from Jordan’s experience watching an AFL match with friends and noticing that everyone was betting each other on various events.

“Of course the bets were never paid out, mainly because no one had cash on them, or the precise amount,” said Damon Oudejans. “So Jordan and I got chatting and we quickly realised there was a gap in the market. There was no platform that allowed users to bet their mates, track those bets and easily pay the bets out. We validated the idea through surveys, and liked the results so we got cracking.”

In addition to the surveys, Oudejans said the trio largerly knew what their target audience was after because they themselves, and their mates, are the target audience.

“You could say we know the target market pretty well! We love sport, having beers, getting together and throwing around banter, as you do in social situations,” he said.

The app works by having a user create an account and then add their friends. Just like the big betting sites such as Sportsbet, a user deposits money into their account and makes bets from that balance. To create a bet, the user inputs the bet terms, selects the amount they want to be, can apply odds, and then add the friends they want to bet with. The other user will receive a bet notification and can accept, decline, or adjust the bet terms. Puntaa takes a 4 percent cut on the net winnings of each bet, and bets are self-regulated by users: rather than the money automatically being transferred to the winner once a result has eventuated, the loser has to manually transfer the money to the winner by clicking a button.

Oudejans explained that this power is given to the users because social betting isn’t really about the cash but the “banter.”

“Cash reinforces the behaviour but beating your mate and delivering some banter is the real value. Puntaa is about having fun, getting together with your friends and sharing experiences. In general betting or gambling these days has lost the fun and social side, we are setting out to change that,” Oudejans said.

Given that bets are made between friends, if people disagree on the outcome, Oudejans said they can dispute it outside the app, though the founders do intend to build in a rating system in the near future to “keep people honest and weed out any people who are using the platform in bad faith.”

Gambling is truly a huge industry in Australia: data from IBIS World put industry revenue for 2014-15 at $3.4 billion, with the four largest operators accounting for 75 percent of this revenue. Gambling is also a problematic industry in this country; Australia leads the world in gambling losses, with a 2010 report from the Productivity Commission finding that the average loss for each adult that gambled was $1,500 per year. While an older person sitting at the pokies might be the first image that comes to mind when thinking of a gambler, young men – Puntaa’s target audience – are in fact the biggest gamblers, thanks in large part to the proliferation of sports betting platforms.

In terms of competing in a space dominated by a handful of giants, Oudejans doesn’t see the big bookmakers as competition, per se. Puntaa was created because it was something the founders thought their friends would use with each other, and they aim to keep building the product around the community.

“I think we have authenticity too, which is huge when you are selling anything these days. People can sniff out the fakes and forced advertising pretty easily. We are not 50+ year old guys in suits creating a betting product because we had the cash and connections and want to extract money from losing bettors. We built this from the ground up for our mates and ourselves so there is a sense of community around it, which is something competitors can’t buy,” Oudejans said.

Puntaa’s closest competitor is perhaps Adelaide startup Punt Club, which also focuses on friends getting together and exchanging banter. However, while Puntaa allows for one off bets on anything from sports to inside jokes between friends, Punt Club has users to create an online punter’s club through the app in which members deposit money every week, with members then taking turns to bet on behalf of the club every week. Another similar startup was Bet Your Balls, launched last year, which focused on sports tipping and banter – a common theme – but has now pivoted to Sportsnuts, which allows users to compete with pro athletes to tip winners though no money is involved.

When it comes to limiting losses, Puntaa currently has a deposit and bet limit of $500, though there are no limits on the amount of bets that can be placed in any given period of time. However, the founders see Puntaa as a platform where friends bet $5 or $10 back and forth and eventually come out even – again, the focus is on the banter that goes with each bet.

The three cofounders have largely self funded Puntaa, though Oudejans said they have also raised some funds from two private investors. The startup was accepted into the first muru-D accelerator at River City Labs earlier this year, for which it received $20,000 in funding for 3 percent equity.

Puntaa was launched privately last weekend. The Android app will be available in the next week, while the iOS app is currently under review to get on the App Store.