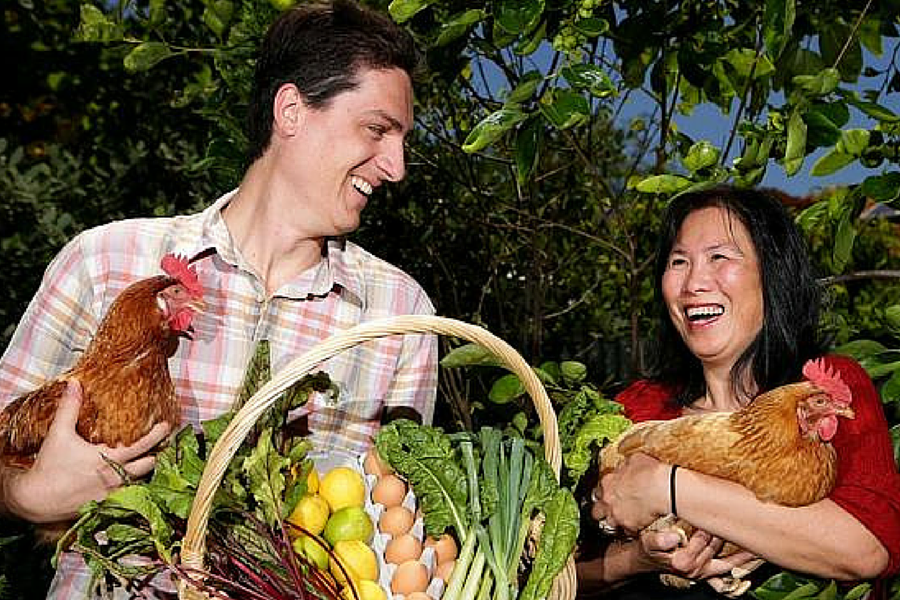 Every winter, my father plants a few dozen cauliflowers in the backyard. Of course, there’s only so much cauliflower one household can eat, so for a month they’re passed off to family, friends, and neighbours. It’s a process repeated with all kinds of fruits and vegetables by dedicated gardeners everywhere.

Adelaide couple Alistair and Helena Martin have created a platform connecting these gardeners with each other, and with consumers interested in getting the freshest produce in their own neighbourhoods. The idea for Ripe Near Me, founded in 2012, came when they were returning from the supermarket after having bought some citrus and saw orange and mandarin trees in backyards on the way home.

“That fruit was falling to the floor and going to waste. We realised how crazy it is to buy fruit from thousands of miles away, when perfectly good – often better – alternatives are all around us, locked up in backyards. So we set about to unlock that potential,” Alistair Martin said.

A grower using the platform simply lists their produce, specifying whether it’s ripe or growing, whether it’s being grown on public or private land, how much they’re selling it for and, most importantly, where they’re selling. They can also add photos to a listing if they wish. A consumer can then search for produce by price or for growers in their local area. If a grower lists something as growing, the consumer can subscribe to that produce and be notified when it’s ready for picking.

Transactions are handled offline; Ripe Near Me merely facilitates the search, though the Martins are open to the idea of adding a feature allowing growers to take orders and display delivery options through the platform.

The couple have largely self-funded the development of the platform, though raised $25,000 through crowdfunding site StartSomeGood last year. Given neither of the Martins have a background in tech, development wasn’t always smooth sailing.

“One of our biggest mistakes was feature creep. Our initial release included a lot of features that were hardly ever used. Once something is in the wild it’s hard to remove without upsetting someone, so some of those features still exist. User feedback and behaviour has been critical in evolving the platform – it’s easier to get it right with more data,” Martin said.

“In the early days things were particularly shabby. It’s difficult to get people engaged when search results almost always show ‘nothing found’. Every new user in an area joins a better community than the last, though, so getting some growers onboard early and fast was critical.”

The Ripe Near Me community has grown to over 20,000 users around the world, including countries as far away as Tunisia, a growth Martin said has been largely “organic”, though the founders have spent time promoting the platform through various community groups and social media.

“Ripe Near Me solves a problem that a lot of people are passionate about, so most of our growth has been through word of mouth,” he said.

With consumers becoming increasingly concerned about food miles and how long produce has spent in a supermarket chain cool room, a number of platforms have emerged in the fresh food space. However, most focus on connecting consumers with commercial farms, essentially putting the farmer’s market online. Ripe Near Me is now bringing backyards into the equation.

The team is currently working on a smartphone app, while Martin said that monetising the platform is also an area of focus; one would imagine that taking a small fee for orders made and paid for through the platform when such a feature is introduced is one way to do it. A number of investors and potential partners have expressed interest in Ripe Near Me, and though Martin said he and his wife are “open minded” to getting partners on board, everything is assessed by what benefits it will bring to users.

“Our vision has always been to make urban grown food a large part of the modern food system. There’s sufficient space and resources to feed a large part of our population from within the city, so a marketplace for that produce makes a lot of sense.”