Will Box Brownie’s strategy be enough to compete with existing photo editing platforms? 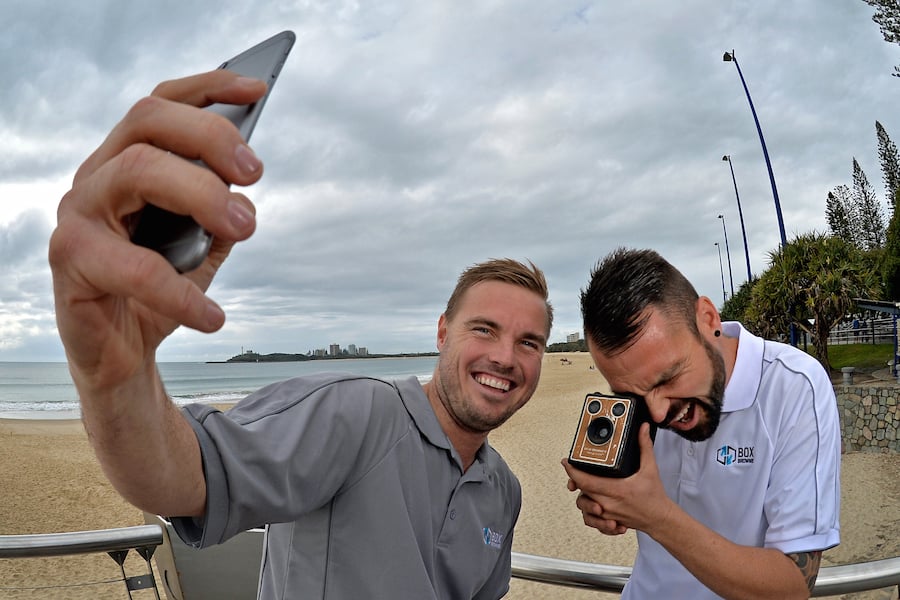 When it comes to editing photography for commercial use, small business owners these days are increasingly forgoing in-house design teams and instead choosing to outsource to a number of services that now cater specifically to the market. Platforms like ClippingMagic, SnapDisco, and of course, high-growth ex muru-D startup Pixc are all making an impact within the market to a varying degree, with the latter of the three perhaps the most well known brand in the arena.

While Pixc may be the most well known in the ecommerce space, two locals from Mooloolaba on the Sunshine Coast are looking to take a slice of the “photoshopping” market with their newly launched startup BoxBrownie.com. Founders Craig Morrison and Brad Filliponi have created a platform that allows customers to upload images, and then have Box Brownie edit and retouch these photos within a 24 hour period.

A Brownie was a nickname for the first ever portable camera made by Kodak in the 1900s; a lot of people called it a Box Brownie because it was in a cardboard box. The motto for that product was something like ‘Press the button and the camera will do the rest’, so the Box Brownie name is a modern era take on that.

Morrison is from an IT background and Filliponi is a professional real estate photographer, which is interestingly how the concept came into existence.

“We identified the need because all of my cofounders’ experiences with real estate agents,” says Morrison. “They can’t afford or don’t want to spend hundreds and hundreds of dollars on professional shoots for properties every week, so I guess we’re empowering them to take their own photos and use other photos for their marketing. With technology today and the quality of camera being amazing, a lot of the photo quality for an image is in the edit.”

If you look at products like the iPhone 6s, the megapixel quality is amazing compared to five years ago, when you needed an expensive Nikon or Canon camera to take a good photo. Of course, there will always be a need for professional photographers, but there is definitely a self-service oriented niche to target within the real estate space.

“We’ve chosen real estate as our main focus to begin with,” says Morrison. “It’s the first vertical because we know the industry really well. We’re going really well, and we’ve had over 150 new signups in the last month. Those signups range from agencies like Century 21 and Ray White to Stockland.”

Real estate companies from a wide range of locations are now using the service to enhance their property images, add furniture into pictures of empty rooms, and even create a three dimensional floor plan, which Morrison told Startup Daily is becoming quite a popular product offering for them.

Unlike Pixc, which sells “packs” to users of between 40 and 1000 image “credits” at a time, Box Brownie has chosen to go with a per photo business model.

“People are quite happy about trialling it for 20 to 30 dollars and if they like it, they’ll come back and use it again,” says Morrison. “We’re just trying to make the barriers to entry as low as possible instead of saying ‘Hey it’s another subscription for $1,000 a month and you’re gonna have an ‘All you can Eat’ sorta thing.'”

Right now, the venture is completely self-funded. Morrison says he has also been quite lucky to have built an IT Company, which he has sold for a “decent” amount of money, which meant that he and Filliponi have been able to fund Box Brownie themselves. However, that doesn’t mean the Box Brownie team are opposed to exploring the option of additional seed funding or a Series A round down the track.

“At the moment, money is not really slowing us down, it’s more about time,” says Morrison. “But don’t get me wrong, we’re definitely looking at the potential of raising funds, because obviously for this to be a success, it’s got to be a scalable, high volume play. We have definitely had discussions.”

One thing that does make Box Brownie a significant competitor in the market is its platform. A lot of players in this space have a front end that connects to quite a manual back end process once the images have been uploaded and submitted. Box Brownie, however, is different. Everything lives inside the platform, with the valuable IP all about the editing process and automated systems in place. Users are able to log into a dashboard on Box Brownie and have full visibility across how their ‘job’ is going and see the progress in real time. They can then download finished images directly from the back end, which also stores all images in a dashboard library right now for users or do it from an automated email that gets sent to them once the job is complete.

The vision right now is to make sure the technology and workflows in the back end allow Box Brownie to be scalable and reach a global audience. Owning the real estate vertical is the number one priority, but the ecommerce space is another huge market for the startup.

“We’ve got a long way to go in terms of where we want it to be in terms of size,” says Morrison. “But ultimately long term, although real estate is a key target vertical, the bigger vision is to be the number one online market place where users can go to get just about anything tweaked when it comes to photography and images.”