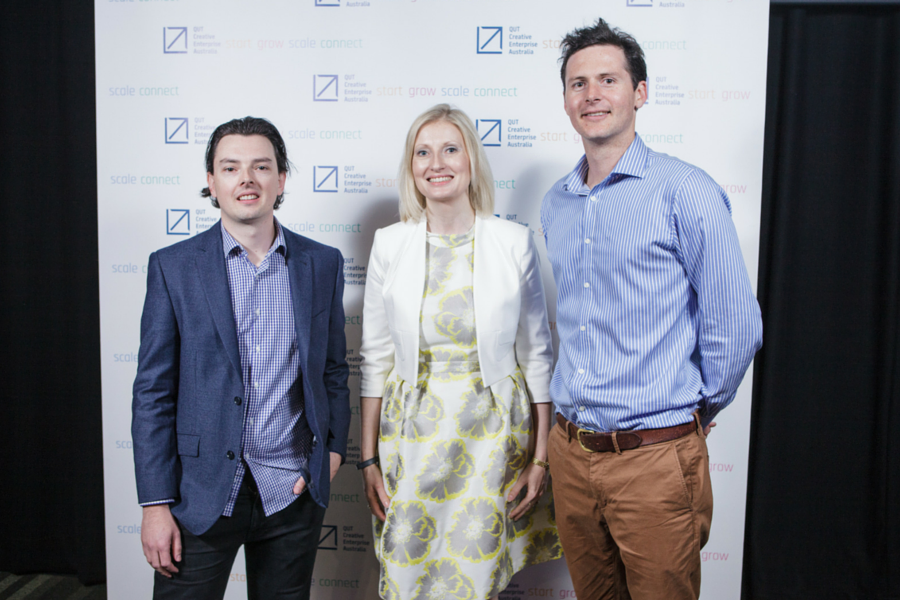 South Australian startup Bluethumb, which has created a platform allowing artists to showcase and sell their work online, was named the winner of the Creative3 Pitch competition in Brisbane yesterday, and will go on to represent Australia at the Creative Business Cup in Denmark later this year.

Dubbed the ‘Soundcloud for art’, the startup was one of four pitching in the competition, held by QUT Creative Enterprise Australia (CEA) as part of the Creative3 Conference with the aim of connecting early stage investors with creative entrepreneurs.

The other startups competing were Men on the Moon, which has created an app that leverages beacon technology to help bricks and mortar retailers target passersby, comiXchat, a startup that turns conversations into comics, and Melbourne’s Brandspot, which helps brands achieve consistency by helping them keep all their branding assets together online, rounded out the group of finalists. The four finalists were judged on creativity and market potential, and were given pre-event coaching by CEA to ensure they were pitch-ready.

Philip Slusarski and Edward Hartley, directors of Bluethumb, said they were “a little surprised” and honoured to win.

“Representing Australia in Denmark will be an eye opening experience and I’m super excited to find out the judges and European VCs response to Bluethumb and how they see it in the global art landscape,” Hartley said.

Bluethumb was originally launched as a website in 2009. Brothers George and Edward Hartley, both artists and art collecters, bought the site in late 2011, having spotted a gap in the local market for an online gallery selling original art directly from artists to art aficionados; there was no reason why artists had to keep relying on traditional methods such as physical exhibitions to sell and be discovered.

A mobile app was launched in 2013, allowing artists to upload images of their work onto their virtual studios through a smartphone. The Bluethumb app won the Best Shopping App in the Australian Mobile & App Design Awards last year, with 20 percent of sales through the platform coming through its iPhone app just a few months after its launch.

There are now over 1,000 artists on the platform, and the directors say that the beauty of Bluethumb is that new artists can sit side by side with some of the better known artists in the business. Art lovers can then browse Bluethumb and buy directly from the platform, with the startup organising freight and logistics.

Before heading off to Denmark later this year, Bluethumb will be hosting its first Melbourne pop-up gallery as part of the Melbourne Fringe next week.

Previous article Dropbox’s Campus Cup competition for uni students is a clever user acquisition strategy
Next article What impact will Artificial Intelligence have on the future of business?
Via News & Analysis
Tags adelaideartAustraliaBluethumbfeaturedstartup