The role of a Chief Evangelist is to take a company from zero to critical mass. But what does that mean? 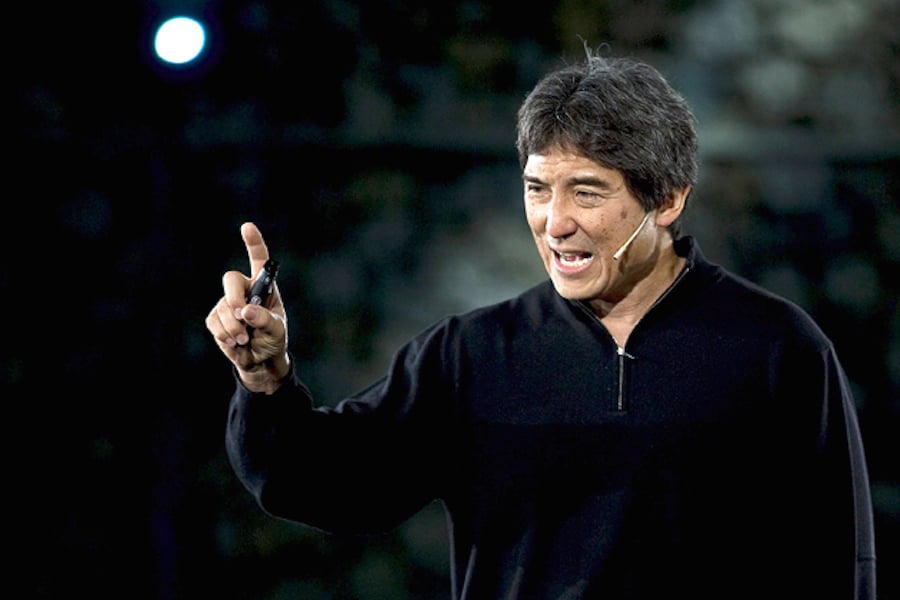 Recently, a colleague of mine sent me an article written by Theo Priestly on Forbes, along with a list of questions they had after reading it. The article, “Why Every Tech Company Needs a Chief Evangelist” certainly wasn’t the first to cover this topic, but when combined with the questions I was presented, it was the first time I thought about this role in great depth.

Amongst other things, my colleague asked me:

I initially answered these questions in person, somewhat indirectly, by saying the purpose of an evangelist is to help a company, a product, a technology or merely “a thing” go from zero to critical mass. Evangelists help find and leverage the most passionate early adopters so that these particular users are so compelled, they convince their friends, family and colleagues to use what they’re using.

This can be an internal or external endeavour.

A couple of years back I was working in an evangelist role for a technology company that was fundamentally transforming its products, and along with it, their primary business model. At the start of my tenure, I doubt I would’ve had a succinct answer to the above questions. I really saw my role at the intersection of client strategy and sales, but wasn’t certain that was right.

Wikipedia solidly defines a technology evangelist as “a person who builds a critical mass of support for a given technology, and then establishes it as a technical standard in a market that is subject to network effects.”

Based on this definition, which I mostly agree with, the measure of success for an evangelist is the month-on-month progress towards critical mass, however that is defined within a specific context.

For example, you might be working as an evangelist within a large organisation that’s shifting from being a desktop software vendor to a cloud SaaS (software-as-a-service) vendor. Your primary objective as an evangelist is to transition the majority (critical mass) of your existing client base from owning desktop software (paid for once, upfront, and are no longer delivering commercial value to the business) to using a SaaS product and charging them monthly for that privilege. (There are a number of reasons why a business would want to do this and a great overview of these drivers can be found here).

When considering this measure of progress, it’s understandable that the lines between some sales and marketing functions are blurred. Both evangelists and salespeople are trying to drive adoption of their product or service, with critical mass being the ultimate goal.

Guy Kawasaki, the current Chief Evangelist of Australian startup Canva, tries to separate evangelism from sales using the table below.

As you can see, Guy separates these roles by their core drivers: sales people want to make money whereas evangelists want to make history.

I don’t think it’s quite that simple (although Guy is a wee bit more qualified than I in this space), however, I think the key premise or focus on the narrative is really important.

Sales and marketing have traditionally pitched what they do and how they do it, however, have mostly missed why they do it. Simon Sinek, author and speaker, managed to codify this distinction through the Golden Circle.

The core premise of the Golden Circle is that great leaders, whether individuals or organisations, start with why. They have a belief, a purpose or a passion that drives their actions.

Sinek’s famous line, “People don’t buy what you do they buy why you do it” has become a mantra in various situations. In fact, I would say that it’s referenced between two and three times a day in the environments I’m currently working in.

When building products for real people, and then communicating and engaging with those people, it’s absolutely critical that your beliefs align with theirs, that your motives align with theirs and that they become inspired by your purpose for existence.

This can be seen clearly in this Apple Watch commercial. The watch is an extension of you and it exists to help you achieve what you want to achieve, to get the most out of your day. The ad isn’t about a product; it’s about the job that the person needs to get done. This is an example of a story that connects with people at an emotional, rather than functional level.

I’d suggest watching this video to learn more about the Golden Circle and why your why is so important. You’ll probably also note that Apple, the positive example used by Sinek, was also the first place Guy Kawasaki took up the role of Chief Evangelist. I doubt this is mere coincidence.

This brings us back to the first question I was asked: what is an evangelist?

An evangelist is the face and voice of the company mission or its why. They narrate a compelling story, engage via various channels, and build a community of user/customer evangelists who help their product or cause (providing the product has unique value) achieve a viral co-efficient of >1.

In a startup this might be the founding CEO, whereas in a large organisation it may become a specific role or business unit.

Regardless of the setting, a company evangelist starts with why and finds people who connect with that why. These people, who’ve connected based on common values and beliefs, then enable the company evangelist to scale by becoming evangelists themselves.

In the article I mentioned above, Priestly made the case that every company needs a Chief Evangelist. In theory this is great, however, when you consider what an evangelist is and what their metrics for success are, it becomes less compelling.

Scaling evangelism can only occur when a product is genuinely unique and useful to the people who are using it. If it isn’t, it doesn’t merit being spoken about passionately.

I agree that every company should aspire to have a Chief Evangelist, however, prior to hiring one, companies should be looking to their customers, to their pains and gains, and to the secrets in their market, focusing first and foremost on driving new, unique and compelling value to their customers through re-imagined value propositions and customer experiences.

By doing this, companies can create both internal and external evangelists, achieve viral co-efficients of >1, and drive their offering towards critical mass with a lot less effort and expenditure.

Previous article Top 50 Emerging Leaders 2015
Next article Turnbull: The Australia of the future has to be a nation that is agile, innovative and creative
Via Insights
Tags applecanvachief evangelistcritical massevangelismevangelistguy kawasakimarketingproductsalesstartup

Nathan is currently Head of Experience and Labs for Meeco, a leading person-first Life Management Platform, where he leads global product and experience strategy, as well as execution of Meeco Labs throughout Europe. Prior to this he worked in product and innovation management within enterprises, was founding CEO of a sports data startup, and in another life, was actually an elite athlete.