The Fetch relaunches its platform quietly after a 10-month hiatus 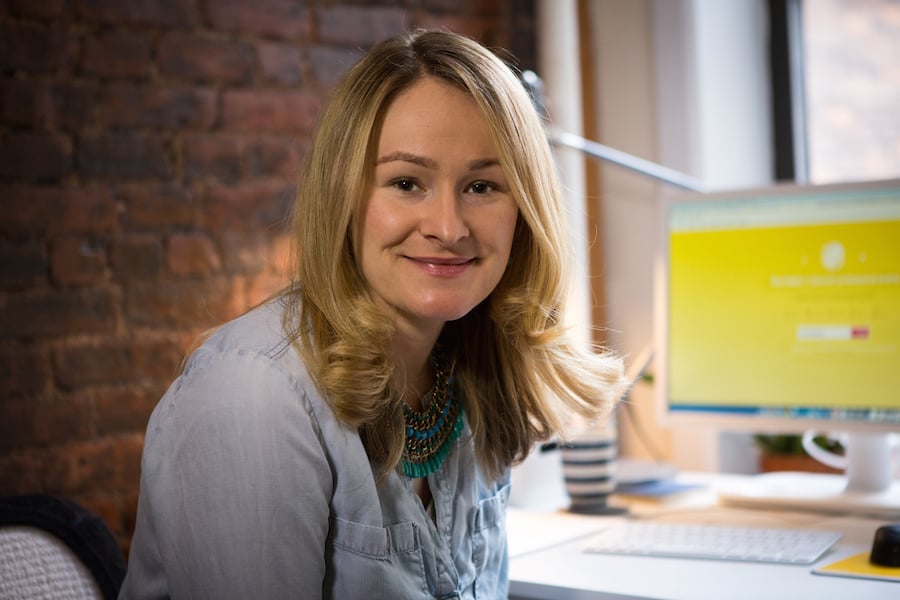 In October 2014, the Australian-founded and now San Francisco-based The Fetch closed $50,000 on Kickstarter, two times its original goal to undergo a reboot and slight reimagining of its platform.

Founded by Kate Kendall, The Fetch is a weekly, city-focused, curated email service that provides users with information covering what events are on across the business, tech and creative industries. Globally, the platform has a strong and active subscriber base that exceeds electronic distribution lists of nearly all Australian-based business publications.

At the time of the crowdfunding campaign closing, I stated in an article that the most interesting aspect about the funding is that it was for a media company that deals in email; and if you were to believe the rhetoric at the time, most people hate emails. The fact that subscribers were willing to part with cash to continue receiving more email each week to their inbox, is testament to the quality of the content being delivered to the users in their eyes.

A few weeks ago, The Fetch’s social media channels started to tease about a pending re-launch of the product after 10 months of very little activity. Some time in the last week or so, Kendall, who is also the founder and CEO of startup CloudPeeps, launched the platform’s new interface.

It is obvious that a lot of thought has gone into creating the new platform. Although at its core, you are just signing up to a newsletter, it’s clear Kendall is looking to create an entire experience for users and build an online community of participation.

The UI is clean and simple and the UX is seamless; users can sign up, submit an event or apply to join the community of curators within a matter of seconds. Also, users can now claim their own username, something which will come in handy when The Fetch launches its personal event digest feature in the upcoming weeks. 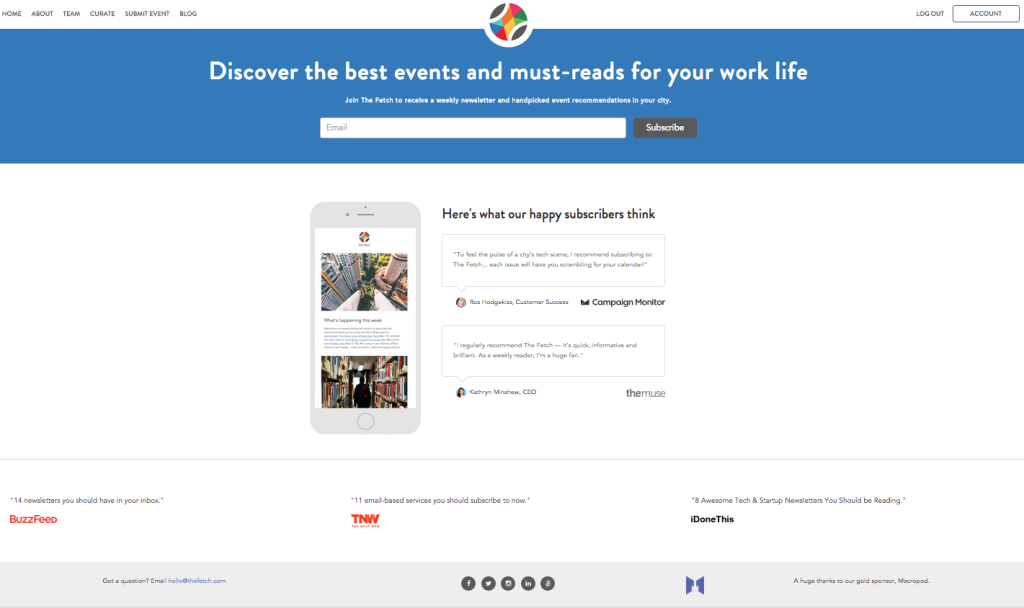 The new homepage for The Fetch. A clean and simple user interface.

The new version of The Fetch is being described as a new place for busy people who don’t have time to get to events. The goal is for the city curators to help users and subscribers discover the best things happening that might be suited to them in the professional sphere. For example, a new business conference, a tech meet up or a mixer at a new coworking space worth visiting.

Prior to its re-launch, I did have my doubts as to whether The Fetch would return as a standalone offering. I thought that some of the features would be rolled onto the CloudPeeps platform. It will be interesting to see how the community re-engages with version two of the platform; my initial thoughts are the tech advances will serve to attract subscribers new and old back to experience the changes.