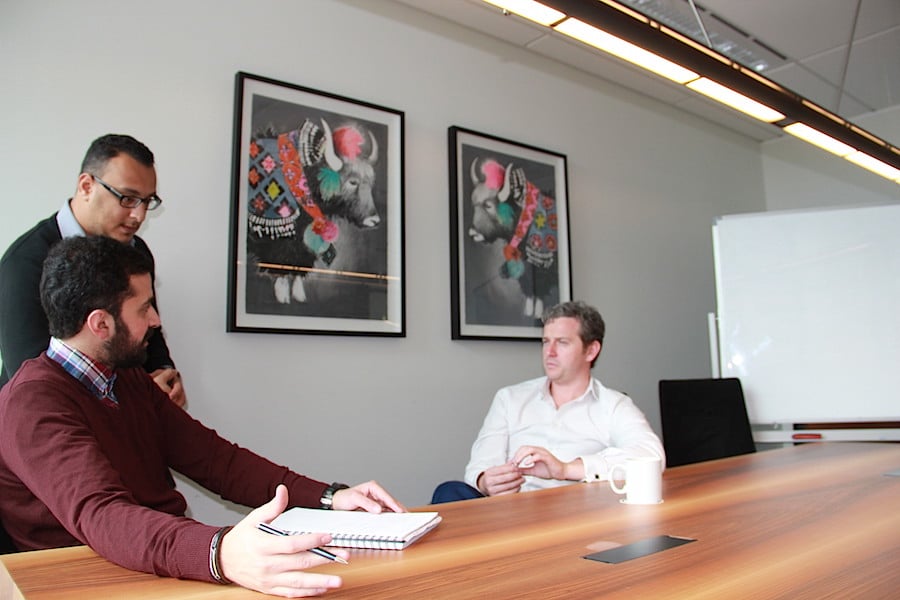 Australia’s electricity is still largely generated by ageing, inefficient coal-fired power plants. An analysis by Canberra consultancy Pitt & Sherry found that carbon dioxide emissions from the national electricity grid increased by 6.4 million tonnes (4.3 percent) in the financial year after the Abbott government abolished the scheme that required big industry to buy pollution permits. In the two years the scheme was in place, carbon dioxide emissions had decreased by 11 percent. Unless new policies are put in place to accelerate the closure of coal-fired power stations, the goal of reducing carbon emissions by 26 to 28 percent by 2030 is unrealistic, according to energy companies and investors. While finding reliable sources of clean, cheap energy should be high on the political agenda, a Sydney-based startup thinks Australia is approaching the energy equation backwards.

Irish-Australian technologist and founder of CIM Environmental Group, David Walsh said it’s cleaner and cheaper to not use energy than it will ever be to produce it: “The cheapest gigawatt of power you will ever have is the one you don’t use”. This statement may seem obvious, but Walsh’s company has developed a dual hardware and software product, the ACE Platform, which analyses data from the industrial internet, instantly detecting faults within a building – the first step towards decreasing energy usage.

At the moment, buildings consume nearly half of all the energy produced in Australia; and although there are electricity sub-metering companies measuring the energy output of buildings, not many can pinpoint exactly where and why energy is being wasted. This is where the ACE Platform comes in.

“Everyone has experienced an office that is too hot or too cold,” said Walsh, who has 20 years of experience in software development and energy management. “What usually happens is that you call the facility manager who calls a maintenance technician who comes in and says ‘oh yes, it is too hot in here but I have no idea why’. What CIM Environmental provides is immediate and precise fault detection. It can tell the technician exactly where and what fault occurred, plus the best way to fix it.”

The ACE Platform, which took three years to develop, collects machine level data from existing pumps, fans and equipment, after which the data is cleaned and transmitted to the cloud. The ACE Platform software, which uses artificial intelligence, then filters this data to identify faults. The CIM engineering team reviews each fault and liaises with the maintenance technician to fix the problem. The data is also synthesised into actionable, real-time reports for end-users.

John Connor, CEO of The Climate Institute, has endorsed the ACE Platform, saying it is a vital part of the climate solution.

CSIRO recently selected the company to take part in a key project. CIM Encironmental is also a finalist in the Australian Technologies Competition.

“Australian Technology Competition looks at finding the best tech companies in the  country and CIM Enviromental Group has certainly demonstrated its level of success in this area,” said John O’Brien, organiser of the ATC program.

“The technology that CIM has developed for finding faults within buildings is a critical part of environmental engineering.  It has a massive impact on building energy usage with a huge payback both environmentally and financially.”

Walsh, who migrated to Australia from Ireland in 2008 after the Global Financial Crisis left his home country in severe recession, believes his company has the potential to become “the Uber of the engineering world”.

The ACE Platform is currently targeted towards commercial, retail, industrial and government properties, though will be moving into other sectors like manufacturing and oil and gas. Clients like the MLC Centre, Intercontinental Hotel Sydney, State Library Victoria, Realm Hotel Canberra, and Bankstown Sports Club have already saved up to 11 percent on annual energy costs. Walsh said the average savings per building is $35,752 per annum, “excluding the benefits of longer equipment life cycle, improved environmental performance and increased tenant comfort.”

If the ACE Platform was installed into 1,000 buildings, which is 31 percent of the addressable market in Australia, the savings would be equivalent to 11 percent per annum of all the solar power that is being produced in Australia – that’s almost $40 million in cost savings a year. More importantly, there would be a significant reduction in energy use and therefore a significant reduction in carbon dioxide emissions.

The ACE Platform operates on a monthly subscription model. While the exact price has not been disclosed, Walsh said it costs less than the amount that’s guaranteed to be saved per year.

“[T]here are no lock in contracts. We also completely de-risk the solution by guaranteeing  that if we do not save more than the cost of the technology then we will not charge until the savings are greater than the costs. We have dozens of buildings and we have never had to run the service for free,” said Walsh.

The development of the platform has been largely bootstrapped, though the startup has received some financial assistance through Innovate NSW as well as an R&D tax rebate. The startup has also received investment offers from larger businesses and VCs, but Walsh said they don’t need the money right now.

CIM Environmental did spend a few weeks last year trying to raise capital, but Walsh admitted they were “not good at it” because they ended up “getting too technical with investors and they got confused.”

He also admitted that raising capital was distracting. “We ended up doing little or no actual work and found that talking to people was almost a full-time job.”

Because the ACE Platform was generating savings for clients quite quickly, the business has been able to grow organically through word-of-mouth referrals. As such, the company is holding off on raising capital.

“We have been lucky enough to have good clients and growing revenue so we have decided to focus on building the business. We all believe that capital always finds good technology businesses, if we stick to doing good engineering and don’t spend too much money then everything will work out well … We really like the way companies like Atlassian and Campaign Monitor grew so we have decided to keep going until the timing is right to raise capital,” said Walsh.

The biggest challenge for CIM Environmental in the early days was educating the market on what could be achieved by using existing data in new ways. Walsh also admitted that because ACE Platform disrupts traditional processes, the bigger players were “quite aggressive in trying to keep our technology out of building that they were working in.”

“Our clients have been great and given us quite a bit of support during this phase. The next challenge is scaling the business model and growing internationally,” Walsh added.

One thing Walsh is incredibly proud of is his team, comprised entirely of computer scientists and engineers. The company’s CTO is Colin Cullinan, a computer scientist who has managed technical support divisions within the banking sector. CIM Environmental’s engineering manager is Amirali Mortazavi, a mechanical engineer with two master’s degrees in mechanical engineering. CIM also has a number of founding employees who are qualified multi-disciplinary software and mechanical engineers, with expertise in designing algorithms and developing diagnostic solutions as well as optimisation and fault detection systems. The members of the executive team have previously had successful careers with global technology companies such as SAP, Intel and Johnson Controls.

The advantage of having in-house computer scientists and engineers is they’re the first to pick up on technical problems, Walsh noted.

“Engineers are very binary, a product either works or it’s complete crap and they have no time for sales pitches, promises or presentations. Also most engineers don’t want ping-pong tables & bean bags, they just need a difficult problem to solve and some recognition when they solve it,” said Walsh.

“Everyone in CIM is either a computer scientist or engineer, so if something is not right, then the feedback is quick and sometimes strong. This approach has helped us continuously improve the ACE Platform and I cannot believe the passion they have for what we are doing and problems we are solving.”

The company has been turning down offers to install the ACE Platform in Hong Kong and Singapore. CIM Environmental believes it will be ready to support international clients by the end of the year and plans on opening up its first international office this December.