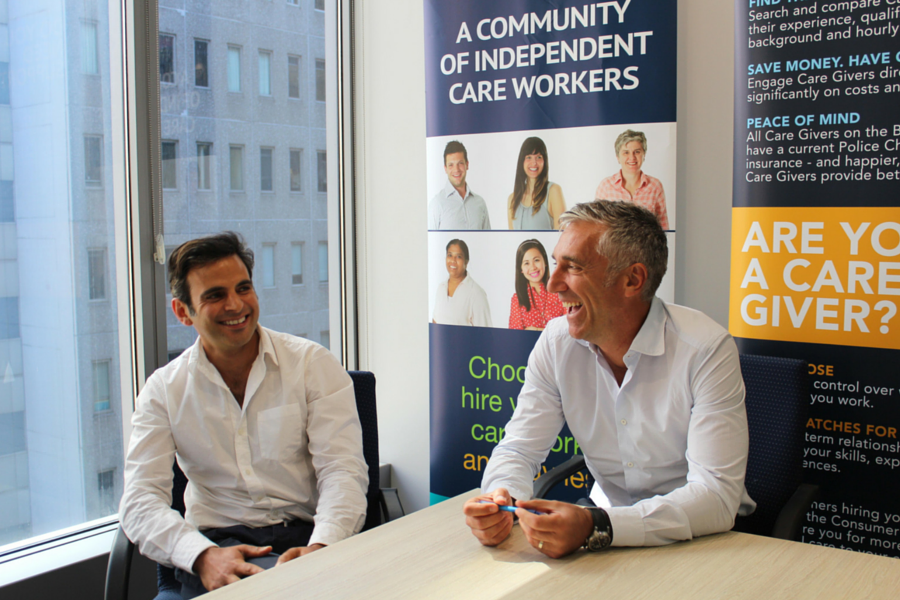 It has been another busy week for the global startup space, with IBM acquiring StrongLoop and Microsoft acquiring cloud security provider Adallom, while Okta raised $75 million and French ridesharing startup BlaBlaCar raised $160 million. Closer to home, WattBlock raised a $500,000 seed round, Stackla raised $3 million, and Better Caring raised a $2.3 million Series B round.

Broadband services company Wave has acquired Layer42, a company providing businesses with internet, colocation, and data transport services. As the only colocation provider in the Mountain View corridor, Layer42 brings Wave a strong customer base throughout Silicon Valley and the Bay Area, with 150 clients including Dropbox and Square. Derek Garnier, CEO of Layer42 Networks, said in a statement, “When it comes to network and collocation services, we believe that partnering with Wave gives us the best opportunity to effectively address growing needs in the San Francisco Bay Area marketplace and beyond.”

IBM has acquired StrongLoop, a startup that builds app development software using Node.js to help developers build scalable APIs. IBM stated it intends to integrate Node.js capabilities from StrongLoop with its software portfolio. Marie Wick, general manager of Middleware, IBM Systems, said in a statement, “Enterprises are focused on digital transformation to reach new channels, tap new business models, and personalize their engagement with clients. APIs are a critical ingredient. By bringing together StrongLoop’s Node.js capabilities to rapidly create APIs with IBM’s leadership in Java and API Management on our cloud platform, we are unlocking the innovation potential of two vibrant development communities.”

Real time traffic information and connected driving services provider INRIX has acquired ParkMe, a startup that allows users to find and pay for parking through an app. Sam Friedman, co-founder and CEO of ParkMe, said that the startup’s mission has always been to make parking easier, faster, and less expensive for consumers, and by joining INRIX it can achieve that vision faster than it could have on its own.

Microsoft has confirmed its acquisition of Adallom, a cloud security provider. Takeshi Numoto, corporate vice president, cloud and enterprise marketing at Microsoft, said in a statement that “Adallom expands on Microsoft’s existing identity assets, and delivers a cloud access security broker, to give customers visibility and control over application access as well as their critical company data stored across cloud services.” Adallom currently works with cloud applications including Salesforce, Dropbox, Box, and Office 365. It will complement Microsoft’s existing offerings made available as part of Office 365 and the Enterprise Mobility Suite.

Supersonic to merge with IronSource

Israeli mobile software startup IronSource is set to merge with San Francisco mobile ad-tech startup Supersonic in a move that will create one huge mobile ad company. According to TechCrunch, the merger will see the companies will cover 1 billion monthly users and is expected to generate $450 million in sales in 2015.

Better Caring, an Australian startup helping people hire aged care and disability support workers, has closed a $2.3 million Series B funding round. Investors in the round include Tony Wales, co-founder of Computershare, KTM Capital founder Keith Kerridge, and Macdoch Ventures. The funding will go towards accelerating the rollout of the Better Care platform nationally; since launching in December 2014, the platform has received 2000 applications from care workers, with 350 given access to the platform, reflecting the strict criteria workers must meet before their profile is activated.

WattBlock, an Australian startup that aims to help unit blocks and strata schemes reduce their energy consumption, has raised a $500,000 seed round from angel investors. The funds will be used to help the startup execute its channel strategy, which is to work through strata managers as a channel to residential properties.

Social content marketing startup Stackla has raised $3 million in a funding round led by Bailador Technology Investments, with participation from existing investors including rampersand, Tony Faure, and Grant McCarthy. Stackla last raised $2 million in October 2014, and now has offices in San Francisco, London, New York, and Singapore, and has recently brought on board new customers including Qantas, Toyota, Greenpeace, Lenovo, Waitrose, and Contiki. The fresh funding will allow the startup to continue its expansion in the US and Europe.

Freightos raises $14 million Series B round

Hong Kong-based startup Freightos, which helps importers and exporters find and book shipping, has raised a $14 million Series B round from investors including Aleph, Annox Capital, MSR Capital, and Sadara Ventures. This brings the total funding raised by the startup to date to $23.3 million.

The Black Tux raises $25 million Series B round

The Black Tux, a tuxedo rental startup, has raised a $25 million in a Series B round led by Stripes Group, with participation from existing investors First Round and Menlo Ventures. The startup owns its entire supply chain, and has its own dry cleaning, tailoring, and inventory management services to ensure customers get the best deal.

Apperian, a mobile app management and security startup, has closed a $12 million Series C round. Investors in the round include First Floor Capital, Bessemer Venture Partners, Kleiner Perkins Caufield & Byers, and North Bridge Venture Partners. The funding will be used to accelerate the startup’s growth and fuel platform innovation.

Chef, a DevOps and automation startup, has closed a Series E round of $40 million led by DFJ Growth and Millennium Technology Value Partners. The fresh funding will be used to expand Chef’s operations globally, and to accelerate product development.

Hong Kong ‘Uber for vans’ startup Lalamove, which helps businesses book delivery vans through an app, has raised $10 million to help expand its service into new cities around mainland China, with the startup hoping to be active in 50 cities by the end of 2016. The bridge funding comes after the startup raised a $10 million Series A round in January.

Berlin online fashion and lifestyle startup Lesara has raised €15 million in a Series B round led by Northzone, with participation from Vorwerk Ventures and existing investor Mangrove Capital. The startup will be using the funding to expand internationally as well as to expand its business in existing markets.

Shots, a ‘selfie social network’, has raised $4 million in a round led by DCM Ventures. It comes just a few months after the startup raised a Series A round of $8.5 million. Unlike other photo-based social networks, Shots doesn’t allow users to comment on photos or see how many likes or followers another user has.

Cloud identity management startup Okta has raised $75 million in a round led by Andreessen Horowitz, Greylock Partners and Sequoia Capital, with participation from other investors including Khosla Ventures, Altimeter, and Glynn Capital. The startup has raised $230 million since it was founded in 2009. According to the Wall Street Journal, this latest round of funding was raised at a valuation of $1.2 billion.

CommonBond raises $35 million Series B round

Marketplace lending platform CommonBond, which lowers the cost of student loans for borrowers and provides financial returns to investors, has raised a $35 million Series B round led by August Capital and Nyca Partners, with participation from existing investors. The funding will be used to scale the startup’s operations around the US.

According to TechCrunch, French ridesharing startup BlaBlaCar has reportedly raised $160 million in a Series D round led by Insight Venture Partners. This funding values the startup at over $1 billion for the first time.

Mauritius-based broadband network provider Smile Telecoms has raised $365 million in debt and equity financing to expand its network. The company will use the funds to extend its existing mobile broadband network in Nigeria, Tanzania, and Uganda and also expand into the Democratic Republic of Congo next year.

Unified raises $30 million in Series B round

Social marketing and analytics startup Unified has raised $30 million in a Series B round led by iHeartMedia with participation by Advance Publications, Upfront Ventures, and Foundry Group. The funding will go towards accelerating the development of Unified’s data platform and software applications, for sales expansion, and to expand into new markets.

Online secondhand clothing marketplace ThredUP has raised a $81 million Series E round led by Goldman Sachs Investment Partners, bringing the total raised by the startup to date to $125 million. The funding will go towards hiring 1000 employees and opening two new facilities.

Fundbox, a startup that has created a cash flow optimisation tool for businesses, has raised $50 million in a funding round led by Spark Capital Growth, with participation from Bezos Expeditions, Ashton Kutcher and Guy Oseary’s Sound Ventures, and Entrée Capital as well as existing investors. The funding will go towards product development and accelerating growth.

CartoDB raises $23 million Series B round

Mapping software startup CartoDB has raised $23 million in a Series B round led by Accel Partners, with participation from Salesforce Ventures and existing investors Earlybird and Kibo Ventures. Harry Nelis of Accel has joined the CartoDB board. The funding will go towards product and business development, marketing and sales, and funding the startup’s data science team.