Google Flu Trends may have failed, but MedTech startup AIME has uncovered the secret to predicting viral disease outbreaks 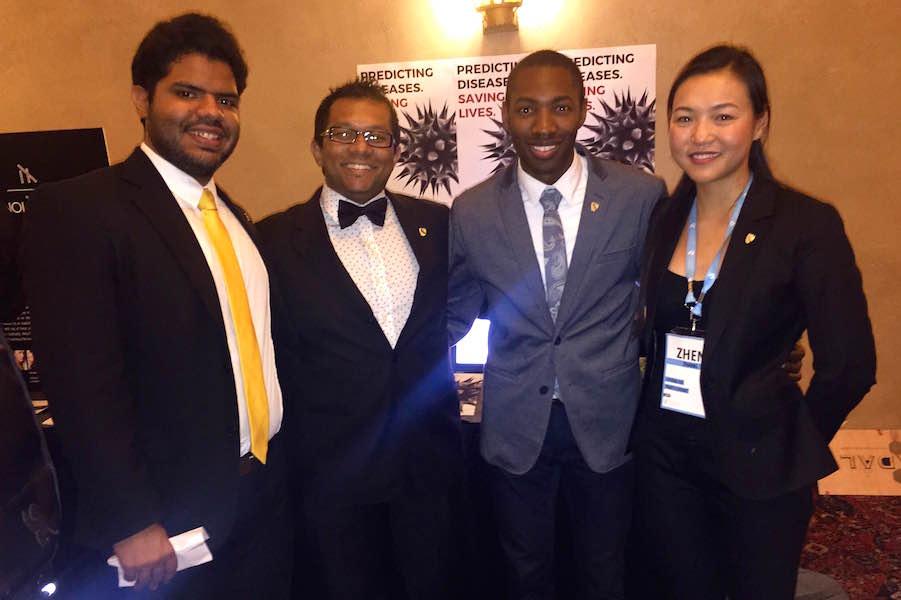 Technological advancements has allowed the healthcare industry to shift from a reactive to proactive mode over the last five years. For example, Australian HealthTech startup Fitgenes has developed a commercial solution, Pracware, that mines individuals’ DNA and pathological data for variables that are indicative of future health problems. That data is then analysed and turned into actionable insights, with the main objective being delaying the onset of ageing-related diseases and preventing conditions through lifestyle interventions. What’s been lacking in healthcare industries worldwide, however, is technology that can decipher environmental data and predict areas at risk of viral disease outbreaks. A US-headquartered startup AIME uses artificial intelligence to do just that, with its first focus being dengue fever, a tropical mosquito-borne disease.

AIME, which stands for Artificial Intelligence and Medical Epidemiology, was incorporated in Silicon Valley earlier this year. However, the research and development was initiated three years ago by Dr. Dhesi Raja, an epidemiologist based in Malaysia, and computer scientists Dr. Peter (Chiung Ching) Ho and Dr Choo-Yee Ting, also based in Malaysia. When Dr Raja attended Singularity University, he was able rope in three other co-founders Jamal Robinson (US), Rainier Mallol (Dominican Republic) and Zhen Zhang (China/US). Over the last couple of months, the six co-founders have been testing and working towards commercialising AIME’s disease prediction platform.

The startup chose dengue fever as its first focus because the disease imposes substantial costs on both the health sector and the overall economy of 40 countries around the world – the average amount each country spends on managing and mitigating outbreaks is $440 million per year. There are 400 million worldwide cases of dengue fever every year, and 2.5 billion people live in a possibly affected area – this is a third of the world’s population. Brazil is the most impacted country in the world, spending on average $1 billion a year on preventing and managing dengue fever. Southeast Asian countries like Cambodia, Malaysia and Thailand are also heavily affected.

Robinson, who heads up AIME’s business development, said governments and public health sectors have typically taken a reactive approach to the problem – there was no other choice – whereas AIME empowers them to be proactive about diseases that impact their communities. While many affected countries are already using epidemiological prediction models, these models can only alert to a potential outbreak one to three weeks in advance. AIME, on the other hand, can predict outbreaks up to three months in advance and up to a 400-metre radius, allowing governments at all levels to allocate their resources more efficiently.

The secret in AIME’s offering lies in the data points that get fed into the system. Dr. Raja spent three years identifying which key variables – like weather and construction site data – are needed to accurately predict a dengue fever outbreak. Out of the 40 or so variables that have been analysed, Dr. Raja identified 11 that result in the best predictions.

“We have selected 11 data points that we know for certain will be the key points we need when we go to an area to analyse potential outbreaks … the data then goes through a Machine Learning Process and gives us the prediction analysis,” Robinson explained.

There are currently three main ways governments and public health officials are combating dengue fever: insecticide fogging, larvaciding and health awareness campaigns. Robinson said these procedures will likely remain unchanged, however, AIME is providing governments and public health officials an effective tool to pinpoint where and when they should use their resources.

The startup envisions a world where governments and public health officials know when and where the next dengue fever outbreak will occur and prevent it by making sure the variables they can control are controlled. Also, there are currently four pharmaceutical companies working on dengue fever vaccines, and once they’re completed and available in the market, governments can make sure people living in at-risk areas are vaccinated. Added to that, a year-long trial with genetically modified mosquitoes in Brazil has been the most successful to date, reducing the population of the disease-carrying insects by 95 percent, according to a study published in PLOS Neglected Tropical Diseases.

The pricing per country will be different based on these three services, however Robinson said AIME also takes into consideration the amount of money currently being invested in the mitigation and management of dengue fever, as well as the budgets of each country.

In addition to these three services, AIME also offers epidemiological consultations. The team works closely with local governments and public health officials, making sure the system is being run properly and that it’s spitting out correct predictions.

Robinson said the only competitor that people bring up when the company’s idea and story is shared is Google Flu Trends, which aimed to predict trends in flu cases and turned out to be quite inaccurate.

“Google Flu Trends didn’t go as well as planned … They had the computer science side, no doubt. But they didn’t have the epidemiological side – that is, understanding how the disease will work and does work. That’s beautiful marriage that AIME has,” said Robinson.

AIME’s initial model has been tested in Malaysia with a 88.6 percent accuracy and it’s going to be tested in Brazil at the end of October this year.

Robinson said AIME plans on monetising its offering within the next six months. Over the next 12 months, the startup is hoping to deploy its technology in five countries severely affected by dengue fever, and potentially form a partnership with the first pharmaceutical company to release a vaccine.

In the meantime, AIME is also looking to raise around $200,000 in seed capital to help fund the deployment of its technology into a targeted country and grow the team.

“Seed capital will help us get a small team together to test, validate and prove it in a country outside of Malaysia. The opportunity to go to Brazil is really important because once we get approval on our research and our process, we feel very confident that we can help all of the 40 countries impacted by dengue,” said Robinson.

In the future, AIME wants to be able to predict the spread of influenza, malaria, tuberculosis, and HIV.