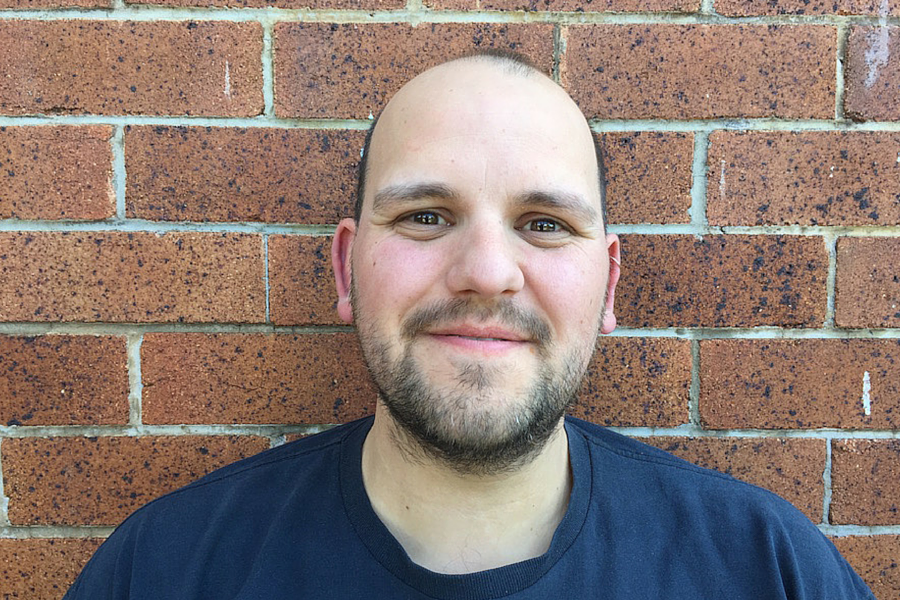 According to software business Capterra, a popular CRM system used by NFPs and religious organisations, over 78 percent of churches are currently using a cloud based management system for their organisation. Statistics also show that over 90 percent of churches have a presence on Facebook to communicate with members of their communities. What this means is that as religious communities start embracing technology, opportunities exist for founders to help propel this niche sector into the future.

A startup doing exactly that is Sydney-based Churchsites, founded by Jordan Gillman.

The startup is essentially a hosting platform that gives churches an affordable but powerful website. It was born out of Gillman’s experience working with churches as clients for a number of years.

“I’ve been working predominantly with churches and faith-based organisations for about seven years now and I have grown up in a church so I have a large affiliation with them,” says Gillam. “In dealing with them in a commercial capacity, they’re starting to realise the value of communication on the web … and so I’ve started talking to them about what we can do and the budgets are always there.”

Within this addressable market of churches, you have a number of different communities you are dealing with. There are giant mega-churches with teams of staff and large budgets, medium-sized churches in the suburbs operating off skeleton staff and volunteers, and then small churches, usually found in regional areas that may have 50 to 100 congregation members and one person taking care of all communications on a limited budget. According to Gillman, a majority of people in these roles are in their 50s and don’t have the budget to build custom websites.

Churchsites is a productised version of the functionality and common features that you would expect to see on a church website.

“The user experience, the user interface and information architecture is relatively standardised based on my experience doing lots of churches’ sites,” says Gillman. “I’ve taken my learnings from that and systemised everything as much as possible so that I can offer churches an affordable price for everything that also enables users to manage the sites themselves.”

While Gillman says he had to hold the hands of early BETA users through the initial set-up phase, scalability is the key to what he has created. Unlike other SaaS products, Churchsites does not charge a monthly fee for its service, which includes hosting of the website and technical support. Knowing the industry well, including its budgeting cycles, Gillman says the fee should be annual. At the moment, Churchsites costs AU$899.00 to set up and then $299 per year.

The platform makes it easy for those that are not as tech savvy as most users of cloud based systems to navigate the functions of the back end of their websites. This allows them to host their weekly sermons and talks and catalogue them online, in a similar way to using a WordPress or Tumblr backend – except much more simplified. In fact, Gillman has already made some smart decisions on behalf of users when they post content up front; they don’t have to worry about SEO titles and inserting menus, as it all happens automatically.

Although Gillman is clear that there are no closed doors when it comes to other religions using the platform, he did agree that the functionality needed for other religions outside of Christianity would perhaps be a little different – if it turns out to be the case that a decent amount of enquires filter through, building in alternative functionalities would be a no-brainer.

Given the rise of secularity, it would be easy to think that the addressable market for a startup such as this would be shrinking. However, this could not be further from the truth. The number of church congregations in Australia, UK and USA are actually continuing to grow.

Gillman is very aware though, that before taking the product to a market like the US, Churchsites would need to evolve into a much more ‘involved’ product that includes analytics, content marketing and other digital communication strategies like enabling the creation of EDMs that would be expected in a market that, particularly within this niche, is much more advanced than Australia.

For the time being, Gillman is bootstrapping the company, choosing to grow things slowly, collect feedback and get the platform right. However, tackling the US market, which is obviously a massive opportunity for the startup, without some investment may prove to be difficult for Churchsites, especially if it wants to make the noise it needs to make to become a global brand.

It is highly likely that Churchsites is the first solution of this kind within this particular niche – there are a number of other similar niche solutions starting to pop up that enable non-tech savvy industries to build a strong online presence. For example, earlier this year, Lodgify raised €600,000 for its startup that allows users to create their own vacation rental sites – it is a space on the rise and we should expect to see lot more across a wide range of industries launch over the next 12 months.

For Gillman, the top priority now is building a platform that caters to the needs of its users and educating potential customers on the need to have a presence online.

“When it comes to being online, churches are realising that this is where people are hanging out,” says Gillman. “And in any other era, we’d be hanging out where the people are. That’s not a populous move, that’s just logical. So they’re starting to get the hang of it; it’s an interesting time to be doing this kind of work.”