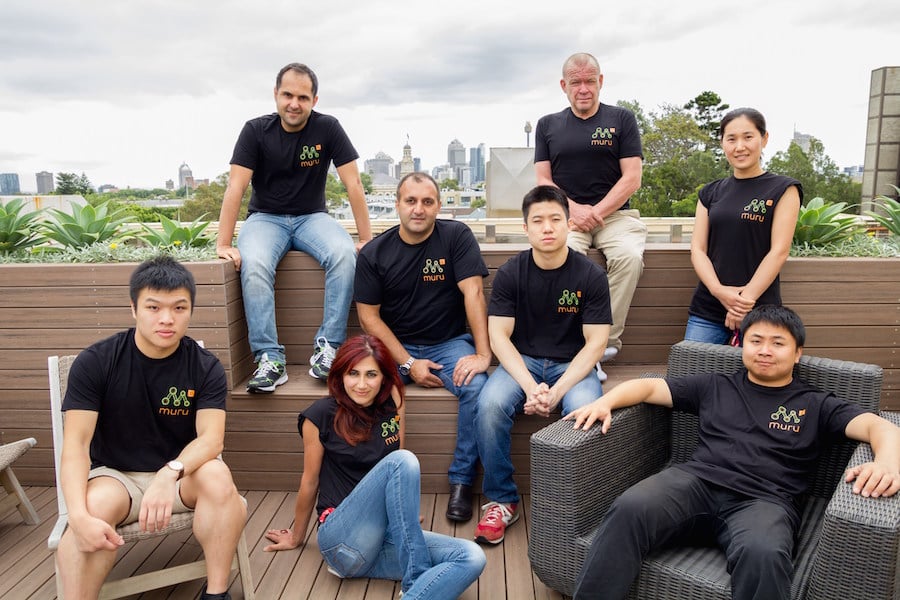 Sydney education startup vClass has rebranded to Inkerz after its move into the Chinese market, this week signing partnerships with Shenzhen Yifang Digital Technhology and Shijiazhuang Dazhong Network Communication.

These partnerships are the latest in a line of big steps for Inkerz, which was part of the muru-D accelerator program’s second intake. In May, the company told Startup Daily that it had raised a seed funding round of $450,000 that was led by two Taiwanese investors – this funding has now reached $470,000 – and also announced that it had $1.8 million in revenue under contract after signing a major customer out of China. Its current clients include muru-D partner Telstra, Macquarie University, and the University of NSW.

Founded by Masoud Douzan and Vahid Douzan, the startup’s original main aim was to help teachers and tutors teach remotely in real-time, replicating a face-to-face lesson through the use of a digital pen and a small recording device of sorts. Unlike other online educational tools that facilitate collaborative learning and teaching, vClass uses the traditional pen and paper rather than an app and special writing tool that needs to be used on a screen. There is a huge opportunity for the startup; its technology can be seen as a tool that allows bricks and mortar education companies to scale without exorbitant spending by allowing them to expand their businesses into new states and countries.

With the rebrand to Inkerz, the startup is also moving towards business, adding features that allow for meetings to be conducted through the platform, aiming to make online collaboration a personal, face-to-face experience. Planned updates will allow for detailed data and analytics on meetings, record and playback features, and give users the ability to collaborate in real time.

Stuart Ayres, the NSW Minister for Trade, Tourism and Major Events, said the partnerships highlight the potential of the Chinese EduTech market for local startups.

“NSW is lending invaluable support and expertise to China in the emerging field of education technology. It is estimated by 2017, the value of China’s online education market will reach $36 billion so there is enormous benefit to NSW in exchanging knowledge and ideas with China in this sector,” Ayres said.

The deal was made during Inkerz’s recent trip to China as part of a delegation of 10 NSW EduTech startups, organised by StudyNSW to showcase new technology to potential Chinese partners and investors.

Other startups who travelled to China as part of the delegation include Literatu, LearnCube, and Chatty Kidz.