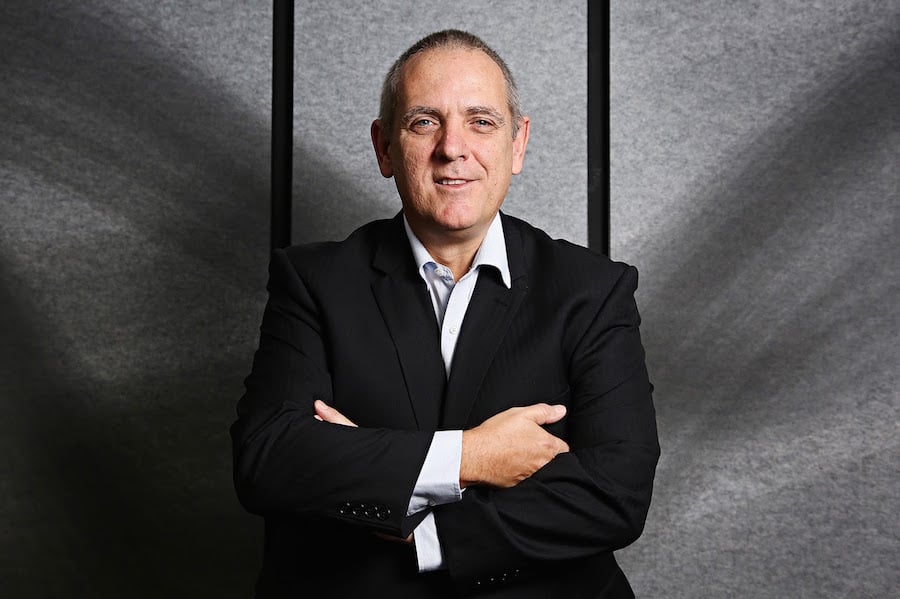 One advantage ecommerce businesses have over their bricks-and-mortar counterparts is consumer data. When consumers visit websites, fill out forms and purchase products, they leave a massive data trail. In turn, ecommerce businesses can use this data to understand consumer behaviour and identify ways to interact with customers and prospects will maximise click-through and conversion rates. Unfortunately, this is not so easy for bricks-and-mortar retailers. In response to the shift in consumer shopping habits, as well as growing concerns amongst retailers about becoming irrelevant in the face of technological change, Sydney-based software development company Thought Studio has come up with a solution to help retailers track customer behaviour in physical stores, and use that information to identify ways to gain and retain customers.

Thought Studio’s latest creation is a retail intelligence system called Shopper Tech, which captures data from up to 100 sensors in a retail store including information around customers’ age and gender, as well as how often and for how long certain products are handled. The technology can even capture insights like what part of the store attracts women over the age of 30 or the most popular shoe in NSW. The data is sent to Azure and instantly stored in a cloud database, after which it is pushed through to Power BI, which displays real-time data on a live dashboard. The data is analysed so that business owners and managers can make changes to their current processes to remain relevant and competitive.

Thought Studio’s founder Max Valente said, “That’s one store with 100 sensors, but say you had 100 stores with 1,000 sensors in each one – that amount of data starts to become amazing.”

“We envisioned a viable business that actually generated revenue for retailers, not simply the hype or promise of revenue. We wanted to provide relevant, valuable and informative insights for them in real time, to enable them to make the best decisions that would benefit their business’ bottom line.”

Valente said the Shopper Tech solution marks the next stage in the evolution of Thought Studio’s existing products in the retail space. The company was building digital signage solutions and deeper instrumentation into its kiosks, and the level of data that was being captured was “astonishing”, according to Valente.

“For example, we were able to notice the engagement time around our digital signage systems increased based on certain drivers in the message. As software developers we’re always curious as to how our users interact with our systems, the only real way to determine that is by instrumenting interactions,” said Valente.

Once testing is complete, Valente said the company will be looking to partner with retail point-of-sale specialists and business analytics companies to provide a turnkey solution for retailers.

“It’s a turnkey solution requiring little by way of maintenance and minimises man-hours required to carry out tasks usually considered mundane, even if they are essential to a business,” said Valente.

“It is the only solution that combines all the facets of facilities management throughout a modern office and helps to streamline activity-based working.”

Last month, the company launched a full Visitor Tech integration into Dexus Place, which provides meeting, training and conferences space in Sydney. Dexus Place uses the Visitor Tech system to manage all of its room-booking, visitor sign-in, catering, payments, and so on.

When a visitor arrives at a facility, they will see a tablet mounted at the entrance. They sign into the building using Visitor Tech’s sign-in system, after which they are guided through the facility by wayfinders and a digital signage system to their meeting room.

Visitor Tech has been a success with many large multi-office installations across Australia and New Zealand. Companies like Microsoft, Accenture, Samsung, Fujitsu, HCF, Bupa, Qantas Credit Union, Charter Hall, Dexus and Colliers have all implemented the solution.

Thought Studio generates revenue by selling licenses for each of its products; this is coupled with an ongoing maintenance and support contract.

Valente admitted he doesn’t see Visitor Tech and Shopper Tech as complete products; the company will continue the refine the product based on feedback.

“We plan to continue improving our solutions and not rest on our laurels. I believe our proudest achievement is yet to come,” said Valente.

Thought Studio has self-funded its products to date, with Valente saying he wanted to build a “think tank was funded from the group up by the technology we create”. However, the company is entertaining the prospect of raising capital to help fund its expansion into international markets.

One of our biggest challenges for Thought Studio thus far has been bringing together a team of software engineers that all “operate on the same creative frequency”.

“Our team is our strength and I’m constantly humbled by the technology we’re able to create with a small team of focused and talented individuals,” said Valente.

“[We’re] constantly on the lookout for talented software engineers, we have a very unique culture here at Thought Studio.”

Over the next 12 months, Thought Studio plans to set up a sales channel of licensed installers and consultants internationally, similar to its Australian channel. The company’s expansion into Asia and the US will coincide with the launch of a new version of Visitor Tech.