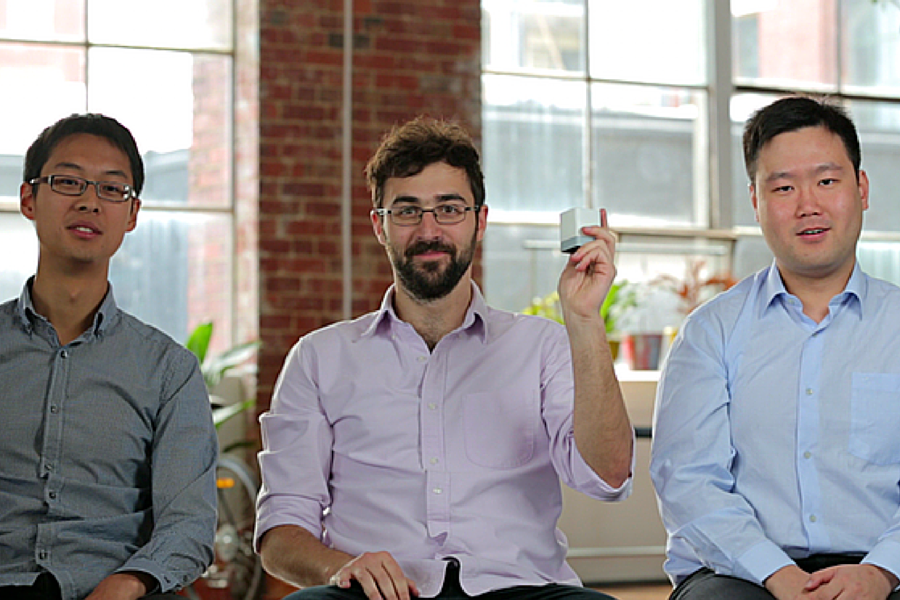 It’s been another busy week around the startup space in terms of acquisitions and funding. A week after sinking $200 million into Vox Media, NBC Universal has invested another $200 million in BuzzFeed, Kik has raised $50 million from Chinese giant Tencent, and fantasy sports startup FanDuel has acquired NumberFire. Closer to home, SwatchMate raised $1 million and rebranded to Palette, and Swift raised $675,000.

Japanese video site Viki has acquired Soompi, an English-language site dedicated to Korean cinema. Sump boasts around 7 million monthly visitors, while Viki has around 40 million; the acquisition will see content integrated across the two sites. Viki CEO Tammy J Nam explained the acquisition in a statement, “Soompi’s recent exponential growth underscores global fans’ changing tastes in popular entertainment, and we’re excited to fuel this growth even more. Joining forces with the Soompi team enables Viki to kick-start our news and fan forum offering, starting first with Korean and with plans to expand into other vertical categories.”

Rise, a startup helping users find diet coaches, has acquired HealthyOut, a restaurant recommendation service focused on healthy restaurants. HealthyOut uses machine learning to process the menus of over 140,000 restaurants around the US.

Anova acquires Get Fresh for $9.2 million

Anova, the startup behind an automated sous vide cooker, has acquired Get Fresh, a management services company that works with early stage hardware brands. Get Fresh CEO Stephen Svajian is set to become CEO of Anova.

Fantasy sports company FanDuel has acquired sports analytics company NumberFire in a bid to help FanDuel expand beyond fantasy sports. While it will continue operating as a separate service, NumberFire’s team will be joining FanDuel. Nigel Eccles, CEO and co-founder of FanDuel, said in a statement, “NumberFire’s demonstrated ability to grow a business around sports data, engage their users, create compelling content and support the fantasy industry makes them an ideal complement to FanDuel. It’s our intention to build a multiplatform sports entertainment company, and joining NumberFire and FanDuel creates the opportunity to meaningfully grow both businesses while providing fantasy sports users the best tools around.”

Social marketing company Spredfast has acquired fellow social marketing startup Shoutlet. Spredfast CEO Rod Favaron told TechCrunch that though the startups are in the same industry, there are more complements than overlaps between their products, with Spredfast focused on helping companies create social media content while Shoutlet is more focused on data.

Swift, a logistics management software platform for delivery businesses, this week raised $675,000 from BlackSheep Capital and BlueChilli Venture Fund. The funding will go towards further product development and continuing the startup’s growth in the US.

SwatchMate, the startup behind Cube, a portable colour digitiser, has announced a $1 million Series A funding round and a rebrand to Palette. The round was led by Adam Lewis, Palette chairman and ex-managing director of McKinsey Australia. The funding will go towards the expansion of Palette’s retail strategy, international partnerships, and staffing needs.

Just a week after putting $200 million into Vox Media, NBC Universal has sunk $200 million into another digital media player. In a post explaining the deal and BuzzFeed’s new partnerships with Yahoo! Japan and other digital platforms, CEO Jonah Peretti wrote, “All these deals were structured to assure BuzzFeed’s continued editorial and creative independence. Equally important, the investment from NBCU and our rapidly growing revenue assures our financial independence, allowing us to grow and invest without pressure to chase short-term revenue or rush an IPO. Our independence and a long-term focus align us with our readers and viewers and help us deliver the best possible service for our audience.”

ZocDoc, a New York startup helping patients search for and book doctor’s appointments, has raised $130 million in a funding round led by Baillie Gifford and Atomico, with participation from existing investor Founders Fund. The funding puts the startup’s valuation at $1.8 billion.

Chat app Kik has raised $50 million from Chinese giant Tencent, the maker of WeChat. The funding is part of a new partnership that aims to make Kik the “WeChat of the West”, allowing Kik users to use the app to do more than just chat. Ted Livingston, founder and CEO of Kik, explained the two companies’ vision in a blog post: “Want to get a soda from a vending machine? You can use WeChat to scan the machine to start chatting and get the menu sent to you instantly. Then you can select the item, agree to pay through the app, and get your drink.”

Analytics company Datameer has raised $40 million in a Series E round led by Singapore investment firm ST Telemedia, with participation from firms including Top Tier Capital Partners, Kleiner Perkins Caufield & Byers, and Redpoint Ventures. This funding brings the total raised by Datameer to date to more than $76 million, and will be used to accelerate global expansion and develop teams across all business units.

Roposo, an Indian fashion-focused social media startup, has raised $15 million from Tiger Global, who had previously invested $5 million in the startup’s Series A round. This fresh funding will be used to expand the Roposo team, and improve the product and technology.

Colorado-based women’s health startup Kindara, which helps women track their period, has raised $5.3 million in a seed funding round led by Boston Seed Capital, with participation from SOSV, Good Works Ventures, PV Ventures, MENA Venture Instruments, and 62 Mile Ventures. A portion of the funding will go towards expanding the health concerns addressed by the startup, including the launch of Wink, a bluetooth thermometer which helps women plan or avoid pregnancy naturally.

Threat management solutions provide AlienVault has raised $52 million in a round led by Institutional Venture Partners, with participation from investors includingTrident Capital, Kleiner Perkins Caufield & Byers, and GGV Capital. This funding brings the total raised by the startup to date to $116 million. Steve Harrick, general partner at IVP, will join the board of directors. The company will use the funding to scale its global sales and marketing programs and to increase investments in product innovation.

Chinese taxi booking app has closed a $350 million Series E round, bringing its total funding to date to over $700 million. Investors in the round include the sovereign wealth fund China Investment Corporation and Didi Kuaidi, Uber’s big Chinese rival.

Indian ecommerce giant Snapdeal has raised $500 million in a funding round led by Softbank, Foxconn, and Alibaba, with participation from existing investors. Kunal Bahl, co-founder and CEO of Snapdeal, said in a statement, “We see this milestone as a significant endorsement of Snapdeal’s strategy and commitment to creating life changing experiences for millions of small businesses and consumers in India. With global leaders like Alibaba, Foxconn and SoftBank, in addition to our other existing partners, supporting us, our efforts towards building India’s most impactful digital commerce ecosystem will be propelled further, enabling us to contribute towards creating a Digital India.”

Owlet, a startup which has created a smart baby bootie which monitors a baby’s breathing, has raised $7 million. According to Owlet, $6 million came in a Series A round led by Formation 8, with participation from Carpe Diem VC and existing investors Azimuth Ventures, ffvc, Eniac Ventures and Peak Capital. The other $1 million came from a government healthcare grant.

3D printing startup Carbon3D has raised $100 million in a Series C round led by Google’s investment arm, Google Ventures, with participation from existing investors. A statement from the company explained the funding would go towards continuing to “develop technology and materials that will enable customers to address the fundamental limitations of conventional 3D printing as they move toward a flexible 3D manufacturing solution.”

Grand Rounds, a startup connecting patients with specialist healthcare providers, has raised $55 million in Series C funding, with the investment from Greylock, Venrock, Harrison Metal, and David Ebersman along with a “new global mutual fund investor.” The fresh capital brings Grand Rounds’ total funding to date to $106 million, and will go towards expanding the startup’s technology, care team, and analytics platform.

Previous article Zeetings is creating two-way conversations with one-way presentations. But the magic is in the data.
Next article Early-stage startups invited to apply for IBM SmartCamp
Via News & Analysis
Tags acquisitionsBuzzFeedfeaturedFundingmergersnbc universalpaletteround upswatchmate