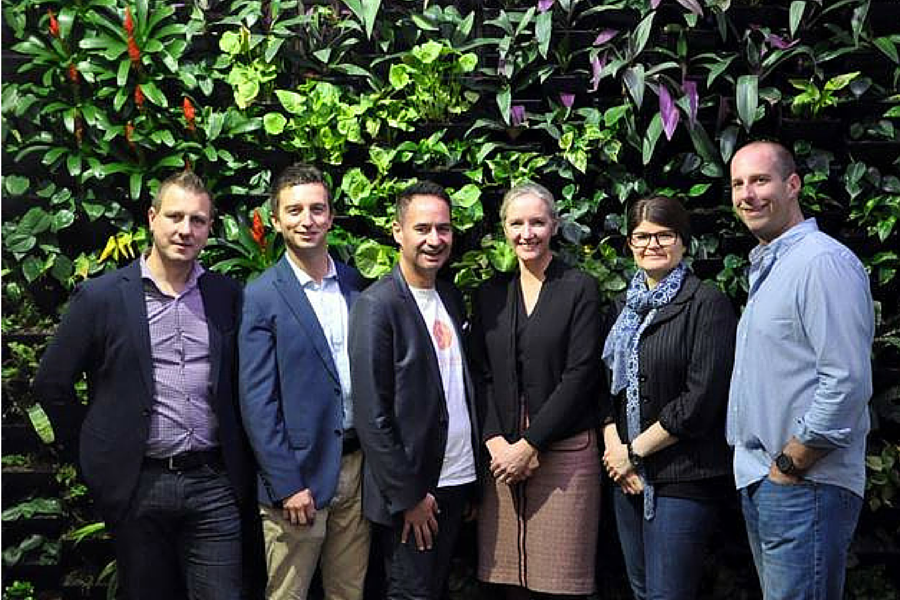 The five Australian startups that travelled to Wellington to explore business opportunities have praised the city’s government for helping to create a vibrant startup ecosystem and called on governments around Australia to increase their support for startups.

Kate Raynes-Goldie of games consultancy Games We Play, Vernon Williams and Eric Fink of Snaploader, Alex Topaloski of analytics company Proximiti, Darren McMurtie of PromisePay, and Chris Shackleton of Rollercoaster Digital toured the city as part of the Wellington Adds Up competition.

The competition aimed to show entrepreneurs across the ditch that business can be done better, and cheaper, in Wellington: while Sydney’s median house price has officially hit the $1 million mark, Wellington’s is just $415,000, with office space costing an average of US$26 per square foot.

Wellington Adds Up is just one initiative launched to boost the city’s ecosystem. Earlier this year, Wellington City Council approved the development of a Tech Hub in partnership with coworking space provider BizDojo, the first development in a proposed tech precinct for the city.

As well as providing funding, the various levels of government operating in the city have shown that they themselves are willing to learn from startups. Incubator and accelerator space CreativeHQ, which was set up by a local politician in 2003, recently worked with government employees on a program that saw departmental projects developed through a traditional startup accelerator format. The tool created through the program is now being trialled by three local councils.

Raynes-Goldie of Games We Play said she could only imagine what Australian startups could do with the same level of support back home.

“The scene is vibrant, with innovative coworking spaces like BizDojo and a range of incubator and accelerator programmes such as CreativeHQ, as well as R&D and capacity funding, which all offer great opportunities for game and tech entrepreneurs,” she said.

Proximiti’s Topaloski added that tech ideas and concepts seemed to bubble up to the surface a lot quicker in Wellington than they do in Australia. BizDojo’s co-founder Nick Shewring communicated a similar sentiment saying that it’s easier to create prototypes in New Zealand than other countries.

“It seems easier to cut through the corporate and government bureaucracy that often kills innovation,” he said.

Peter Biggs, chair of the Wellington Regional Economic Development Agency (WREDA), said the founders had exactly the kind of businesses the city wants to attract.

“These could be Wellington’s future Xeros. With our collaborative tech community and reasonable operating costs we are an appealing proposition.”

Though just one of the Australian delegation was a woman, Wellington could also become an appealing destination for female founders. Startup Daily’s Mat Beeche travelled to Wellington last month, and was impressed by the number of women that were highly visible in the city’s tech scene; a ‘women in tech’ meet up group like Female Founders can easily get, on average, around 300 attendees each month, while each of the city’s tech hubs carefully consider the male to female founder ratio of its resident startups.