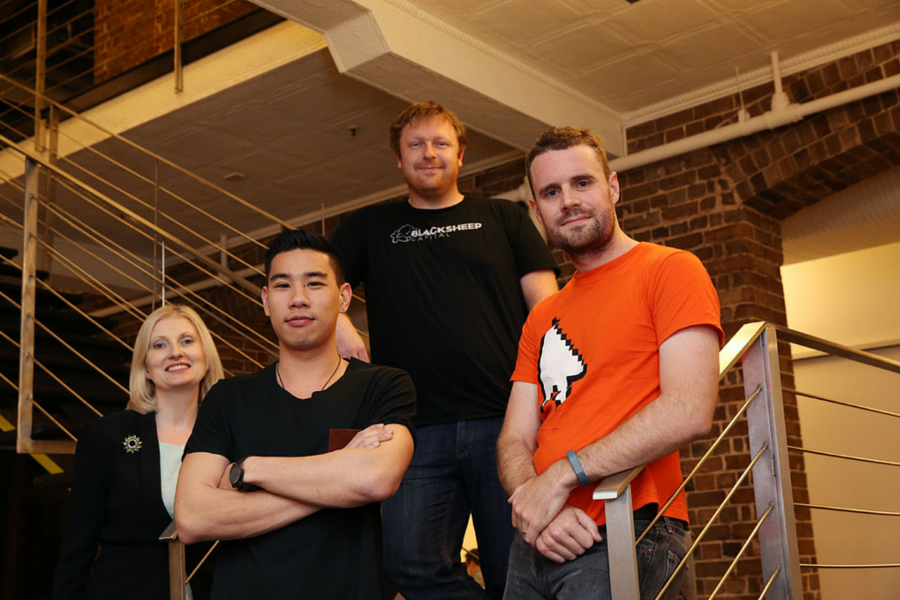 It’s been a busy week for startups around the world, with PayPal acquiring money transfer provider Xoom and Uber acquiring assets from Bing to boost its mapping capabilities. A number of Australian startups, including GiggedIn and AffinityLive, also raised capital.

PayPal has entered into an agreement to acquire Xoom, a Venmo-like money transfer provider, for $25 per share in cash, or an $890 million enterprise value. PayPal said the acquisition broadens its customer offering by allowing it to cross sell Xoom’s services. The transaction is expected to close in the fourth quarter of 2015.

Switzerland-based healthcare company Novartis has acquired US-Australian pharmaceutical development company Spinifex for $200 million in cash upfront and “undisclosed clinical development and regulatory milestone payments.” The acquisition is focused on Spinifex’s lead candidate EMA401, which is being developed as a potential first-in-class oral treatment for chronic pain without central nervous system side effects. Spinifex’s founding technology was developed at the University of Queensland.

Uber is set to acquire Bing’s mapping assets to boost its own mapping technology, with these assets including around 100 Bing engineers. As for the other assets, TechCrunch speculates that “Microsoft is selling a chunk of its image collection to Uber, and that it will retain licensing rights thereof.”

Cisco is to acquire cloud security company OpenDNS for $635 million in cash and retention-based incentives. Cisco stated that the acquisition will boost its offering by adding broad visibility and threat intelligence from the OpenDNS cloud delivered platform. The OpenDNS team will join Cisco, with the deal expected to close in the first quarter of the 2016 fiscal year.

According to TechCrunch, Rocket Internet-backed on-demand cleaning startup Helpling has acquired UK cleaning startup Hassle.com, which also operates in Ireland and France. Neither company has commented on the deal, but after Helpling raised a $45 million Series B round in March, expansion was near the top of the to-do list.

Japanese ecommerce company Rakuten has acquired Tokyo startup Voyagin, a travel booking platform, for an undisclosed amount. Rakuten made the acquisition to boost its position in the tourism market as it gears up for the 2020 Tokyo Olympics.

Tokyo-based outsourcing company Transcosmos has acquired MetroDeal Holdings, a Philippines daily deals site. Tech in Asia reports that the acquisition was made in March for around $30 million as part of Transcosmos’ goal to strengthen its ecommerce business in emerging markets.

GiggedIn, a startup that crowdsources live performances, has closed a $500,000 seed round led by investors including the BlueChilli Venture Fund, Blacksheep Capital, and QUT Creative Enterprise Australia. The investment will be used to position the startup for global growth and launch its GiggedIn Infinite service. Described as ‘Netflix for concerts’, subscribers will pay $25 a month to gain unlimited access to live music events from partner venues and promoters.

CRM tool AffinityLive has raised $2 million in a funding round led by Blackbird Ventures and Rothenberg Ventures. In a blog post on the raise, the company stated that while it has millions in recurring revenue and thousands of customers around the world, it decided to raise a small round because organic growth was already tracking well so they didn’t need to sell more of the company now to achieve its next growth milestones, and that this round was primarily about bringing on “great people who can help in much more significant ways than with their checkbooks.”

Real estate agent comparison startup OpenAgent has raised a $6 million funding round from Hollard Investments. This round takes the total investment raised by OpenAgent to date to $8 million after the investment of $2 million from angel investors including Pete Flint, founder of US real estate startup Trulia, across 2013 and 2014. The round will help the startup improve user experience and drive the growth of its user base. Richard Enthoven, founder and managing director of the Hollard Australia Group, will be joining OpenAgent’s board.

Courier service Zoom2u has raised $850,000 to expand its service, currently active in Sydney, Melbourne, Brisbane, and Adelaide, around Australia. The round was led by Temando non-executive director Anthony Klok, who will be joining Zoom2u’s board. The startup will be hiring new staff across its operations, development, and sales and marketing departments.

UK startup Your.MD, which has developed an AI-driven health assistant app, has closed a $5 million seed funding round led by Smedvig Capital. The funds will go towards developing new iterations of its app, which will use data to improve the healthcare feedback and advice it provides.

3D printing startup Shapeways has raised $30 million in a round led by INKEF Capital, with participation from Hewlett Packard Ventures and Presidio Ventures. According to a statement from Shapeways, the capital will be used to invest in its community, work on new features and materials for its platform, and boost the company’s production environment and supply chain.

ZOZI, a travel booking startup based in San Francisco, has raised $30 million from investors including Pritzker Vlock Ventures and Sir Richard Branson. The funding will help the startup expand its service to adventure travel activities.

San Francisco startup PubNub, which has built a data network for apps and IoT devices, has raised $20 million in Series C funding from Sapphire Ventures, Relay Ventures, and Scale Venture Partners. The funds will be used to continue scaling the business globally.

Salad chain Sweetgreen has raised $35 million to open ten stores around the US, and build out its mobile ordering app. The round was led by T. Rowe Price, with participation from Revolution Growth. It brings the total raised by Sweetgreen since its founding in 2007 to $95 million.

Rocket Internet-backed startup Global Fashion Group has raised €150 million from investors including Rocket Internet. It has also acquired two Rocket Internet fashion startups in Brazil. Rocket Internet said in a statement that “The financing round provides GFG with additional capital to solidify its position as the leading emerging markets fashion e-commerce company. The proceeds will mainly be invested to strengthen GFG’s fulfilment, marketing and product development as well as to build the infrastructure to capitalize on the synergies between GFG’s market-leading online fashion businesses in Latin America, Middle East, Russia & CIS, India, South East Asia and Australia.”

HomeHero raises $20 million Series A round

HomeHero, a Santa Monica-based startup that connects nurses and other aged care providers with those who need them, has raised $20 million in a round led by Graham Holdings. The funds will be used to expand into new states, with Texas and Arizona among the first on the list.

Prêt d’Union, a French peer-to-peer lending startup, has raised €31 million from investors including Eurazeo and Pierre Kosciusko-Morizet, bringing its total raised to date to €51 million. The startup is the first and only online peer-to-peer lender certified as a ‘ccredit institution and investment service provider’ by the French Prudential Supervisory Authority, and has granted €200 million in loans over the last three years.

Gozoomo raises $5 million Series A round

Indian startup Gozoomo, an online marketplace for used cars, has closed a $5 million Series A round from SAIF Partner. The startup has a peer-to-peer platform which helps users in Bangalore and Mumbai buy verified, pre-inspected cars from direct owners without paying any brokerage. The startup will be using the funds to launch its service in a new city each month until the end of the year.

Indian startup BankBazaar, a marketplace for financial products and services, has raised $60 million in a Series C round from investors including Amazon, Fidelity Growth Partners, and Mousse Partners. The funds will go towards marketing efforts, hiring, partner relationships, and technology integration.

Previous article Pocketbook offers a glimpse into its revenue strategy with the launch of Tax Returns mobile app
Next article Will German restaurant booking startup Quandoo be able to compete with Australian players?
Via News & Analysis
Tags acquisitionscapital raisefeaturedFundingmergersround upstartups