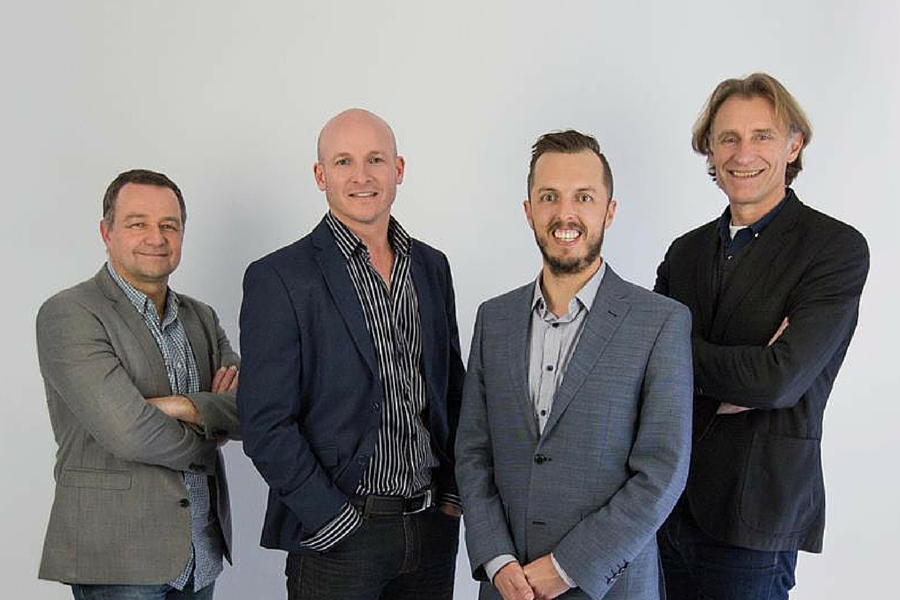 The Internet of Things (IoT) has been buzzing around the tech world for years now, but it’s yet to make its way into the public consciousness. In fact, according to a survey of 4000 consumers conducted by Affinnova last year, 87 percent of the general public had never even heard of the term ‘Internet of Things’. But all that means is that startups are working harder to create the thing that gets everyone talking.

One such startup is New Zealand’s Jucebox, which is working to create the ultimate home automation control device. Basically, by connecting them to its system, Jucebox will be able to turn your phone into a remote control for all your existing devices and electronics, allowing you to control your music, air conditioning, lighting, and more wherever you are.

Jucebox’s Paul Blomfield said the idea for the device came to Kiwi-German co-founder and CEO Ulrich Frerk while he was working in building integration and high-end home automation, that is, fitting luxury homes with control systems.

“He found out first-hand that there were numerous problems in device communication, with many systems using their own communication protocols that either require the purchase of a gateway to communicate with other devices, or would not talk at all,” Blomfield said.

The idea to create a device that could work with any communication protocol came to Frerk four years ago, development proper began two years later as Frerk collaborated with Swiss building engineers, and accelerated last year, with Chad Carter coming on board as co-founder and head of operations.

“Recent advances in IoT have expanded the potential of Jucebox, bringing into the mix every communication protocol needed to effectively cover every base from home automation to building control,” Blomfield said.

Unlike ecosystem-specific home automation systems or those working with specific partnered products, like Google’s Nest does, the startup has been able to create an operating system that works in the background to process hundreds of different device languages at high speed, making it easier than ever to control a home through existing devices. Jucebox can help turn lights on and off, set and monitor security systems and check locks, play and control music, open and close blinds, set room temperature, activate your garden sprinklers based on weather forecasts, and monitor overall power usage. Old, pre-IoT devices like light bulbs can have wireless controllers added to facilitate communication with Jucebox.

As well as home use, Blomfield said the startup is looking at the uses of Jucebox in office buildings, with Jucebox Enterprise and cloud platform allowing for the control and configuration of multiple sites in development.

“Jucebox can reduce energy consumption and track patterns for better management of businesses including not only lighting, security, HVAC, but also any machines connected to the system,” he said.

The ultimate aim of the device, said Blomfield, is to simplify life by automating processes, making it “easier and more enjoyable.” While they may not have heard of the Internet of Things before, one could imagine that consumers would be interested in the idea of a device like Jucebox one day – after all, with each passing day consumers are becoming more used to new technology and how it helps us do things better. However, it remains to be seen how long it will take for that day to come, and how much people will be willing to pay for such a device when it does.

Jucebox is asking for NZ$250,000 via Kickstarter, and has currently raised just over $3,600. A ‘super early bird’ backer reward of one Jucebox, plus a six-month subscription to the cloud service, costs $649. Given the general consumer’s knowledge of IoT at the moment, $649 might be too much to spend on such a device, and targeting businesses may be the best way for Jucebox to enter the market.

However, the Jucebox team isn’t concerned. Blomfield said the startup has “investors waiting in the wing” that have skills in the kind of projects the team wants to explore, but wanted to try going down the Kickstarter route first so as to not dilute the shares of the founding partners.

“Either way, we’re assessing all options and Jucebox will be in the market in 2016.”

Previous article The only Uber of anything is Uber
Next article PledgeMe is eating its own ‘dog food’, using its equity crowdfunding platform to raise capital
Via Profiles
Tags featuredinternet of thingsIOTjuceboxnew zealandstartupstechnologyulrich frerk