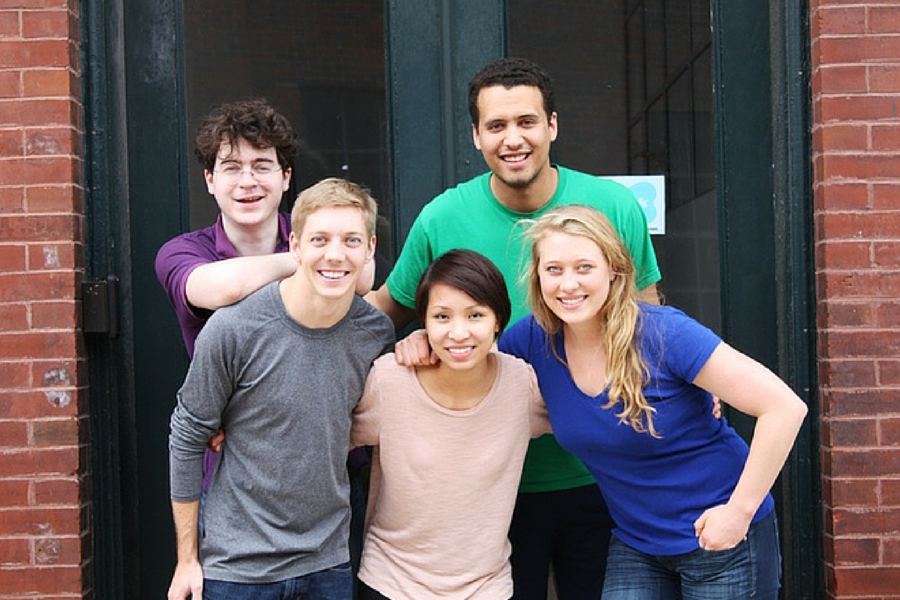 Most of us know we should drink eight glasses of water a day, so we go out to buy a nice water bottle because we think that will encourage us to drink. Of course, after a day or two of devoted sipping, the bottle ends up sitting on the desk all day and we never get through more than half.

HidrateMe, a smart water bottle created by a group of University of Minnesota alumni, aims to help people get through those eight glasses.

The bottle has a sensor stick which tracks how much water goes in and out each day. The sensor glows to alert the user that they should be drinking more water if they haven’t had a drink for an extended period of time. The data is also sent to a connected smartphone app via Bluetooth which, after asking for the user’s height, weight, age, and average daily active, helps the user keep track of how much water they should be drinking.

Users can also tell the app themselves at what intervals the stick should glow to remind them to drink, like every 30 minutes or every hour. There’s no cheating with HidrateMe, as the sensor can tell when the lid has been taken off and water has been poured out. The sensor is battery powered, with the replaceable battery lasting a year.

The idea for the bottle came to Hidrate CEO Nadya Nguyen while she was on the bus home after a day spent volunteering.

“I was tired and sluggish and realized I hadn’t had any water to drink all day. I thought this must be a problem that other people are facing as well, and the idea for HidrateMe was born,” she said. 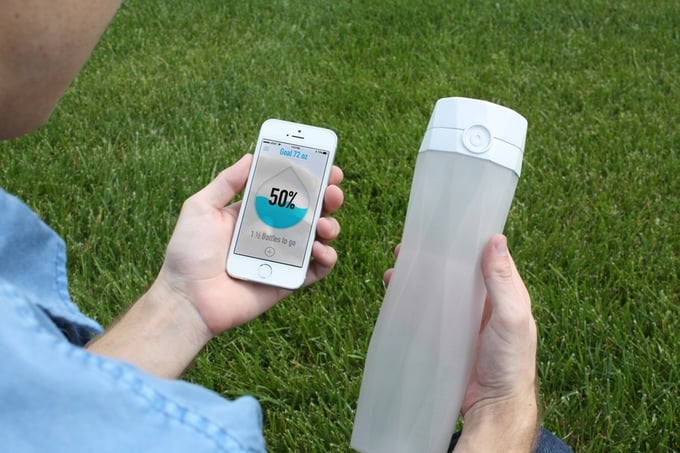 Nguyen pulled together a group of old university friends for a Google for Entrepreneurs Startup Weekend in Minneapolis, and they created a prototype over 54 hours. The team won third place, and knew they were on to something when people began asking when the bottles would be available to buy.

The development of the bottle was self funded by the co-founders before they were accepted into the Sprint Mobile Health Accelerator in Kansas City and received seed funding.

Having quit their jobs to take part in the 3 month accelerator course, the team decided to get HidrateMe out to customers quicker via Kickstarter. They set a goal of $35,000 – with 13 days still to go before their campaign ends, they’ve raised over $400,000 from more than 5200 backers.

HidrateMe has overshadowed Trago, a similar product on Kickstarter. Trago essentially does the same job as HidrateMe – and for a similar price – but instead of being a bottle, it’s a lid that fits onto most existing bottles, and uses ultrasonic technology rather than a sensor stick to measure water levels. While it has its own app, Trago can also be used with a range of existing fitness apps and wearables.

However, with just over two days to go until its campaign ends, Trago has raised $71,000 from a goal of $50,000. Part of the success of HidrateMe over Trago can probably be put down to the bottle’s pretty design and colour range; after all, the team originally set out to design “a bottle that could transition from the office to the gym. It’s a natural extension of yourself.”

The Hidrate team hopes to start shipping orders by December, and will continue to work on new products. Future iterations of the bottle may feature a filter, as well as new colours.

Nguyen said, “The plan is to create an amazing experience for our community around both the HidrateMe water bottle and the mobile app.”