CargoHound launches its platform into the growing freight technology space with $800,000 in seed funding 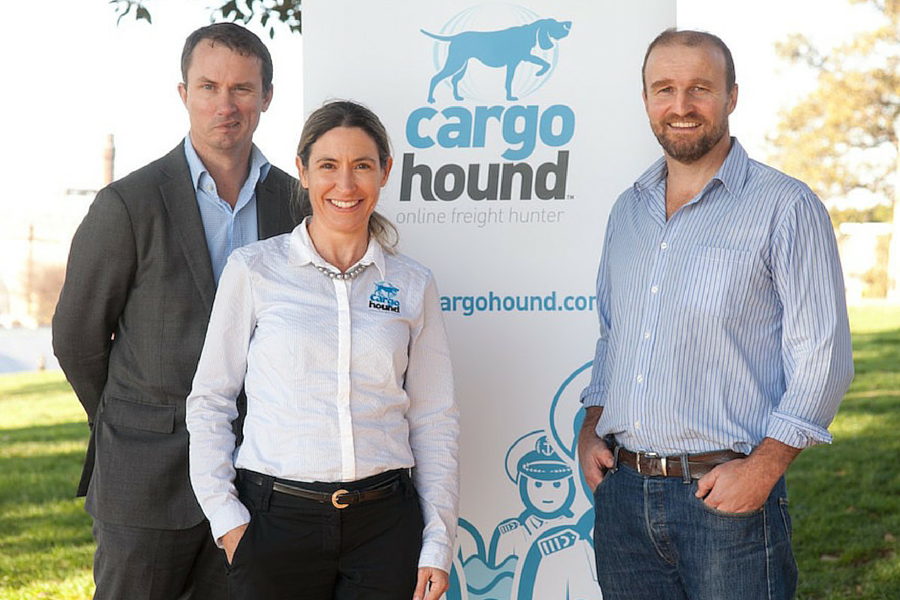 Over the last two years the freight industry has been a popular space to launch new technology solutions. Some more notable examples to come out of Australia include Loadmax, Temando, Zoom2u, and more recently Telstra backed FreightExchange.

CargoHound, another newcomer to the market which aims to reduce the time, cost and risk of shipping products internationally, announced today that it has secured $800,000 in seed funding from investors from Australia, the United Kingdom and United States to support its expansion strategy across Australia and New Zealand.

The platform was founded by industry veterans Kim Mauch, Pete Johnson, and Ian Smith and developed over three years in close consultation with the industry.

It works by connecting exporters and importers with ‘community rated’ freight providers. Buyers can compare quotes from multiple providers, and quickly identify the freight service that best suits their requirements and budget. Sellers – freight forwarders and carriers – are in turn able to reduce the time and cost of developing new business.

The cost of freight is a major pain point for Australian companies looking to trade overseas – a 2014 survey found that 63 percent of Australian exporters believed freight costs were affecting their competitiveness.

Co-founder Kim Mauch said that, as a long term buyer of international freight, she could see where the efficiency and transparency was lacking in the sector and knew exporters and importers were crying out for a better way.

“Teaming up with co-founders and industry veterans, we have been able to develop a user friendly website that we know the industry needs, not what we think they want,” she said.

With total merchandise trade totalling $525 billion in 2014 in Australia alone, and the number of importers and exporters growing to over 105,000, Ian Smith, co-founder and CEO of CargoHound, said that if the startup is able to capture just 0.75 percent of this market for air and sea freight, it will see revenues of over $100,000 per month within 12 months.

“If our recently completed BETA testing is any guide, the demand is definitely there. The response from our 40 importers/exporters and 10 freight forwarders was overwhelmingly positive, which bodes well for future growth,” he said.

Also boding well for future growth are the strategic partnerships CargoHound has already developed with the Export Council of Australia, Corporate Traveller, and OzForex.

It will be looking to get its name out into the market by sponsoring the national roadshow Managing Freight Costs, which is hosted by the Export Council of Australia.