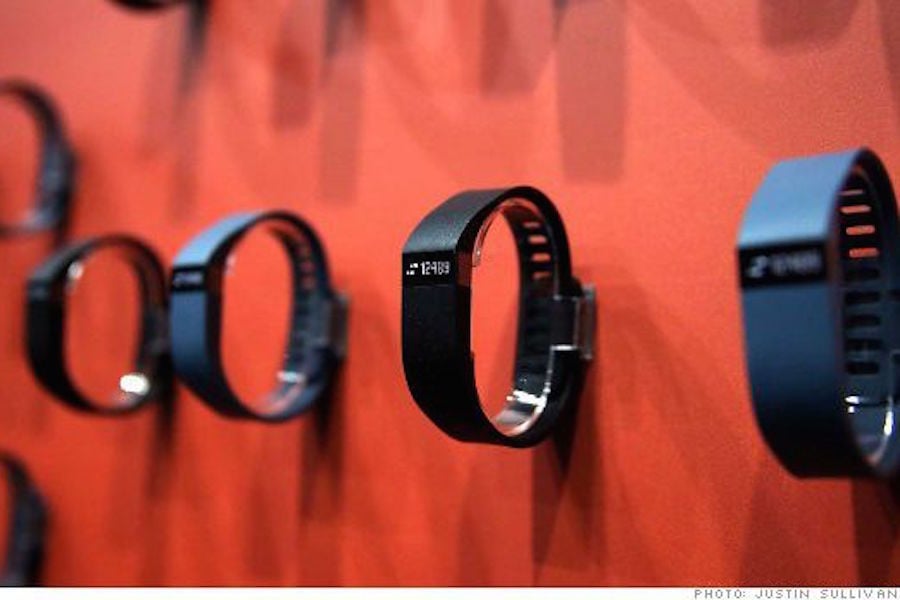 We know wearable technology could one day be truly life-changing and will no doubt replace smartphones in the future, but at the moment it’s languishing somewhere between function and fashion and is falling short of its potential.

We’re constantly being told that wearable tech is revolutionising our health and wellbeing, but is it really? Dr Des Spence, an outspoken Glasgow-based GP, doesn’t think so. He recently wrote in the British Medical Journal that wearable technology was “useless” and said: “Humanity is wasting its time on monitoring life rather than getting on and living it”.

Recent data suggests growing uncertainty. The value of wearable tech in the fitness market alone could exceed $16.1 billion this year but around a third of people who buy a wearable product abandon it within six months – it seems that the latest tech is attracting consumers, but at the same time is not meeting their needs for very long.

Is it trying to fulfil a consumer problem that doesn’t necessarily exist? The wearables market seems to have been largely transfixed by serving the wants of the young, fit, tech-savvy and affluent. Despite it still being early days for wearable tech, it’s already fast reaching saturation point in the fitness sphere. The majority of the different devices on the market perform much the same role, which generally involves collecting the same biometric data that you can then hook into an app to review.

In order to really achieve its potential, wearable technology needs to genuinely provide new information to consumers and not just reinforce what they know already. It’s no good telling Mr Johnson he just ran a mile and burned 400 calories – it needs to go further and tell Mr Johnson what he can do next time to burn 500 calories and why that’s a good thing for him in particular.

The demand for technology in the fitness sector clearly remains high but it appears to lack that necessary ability to provide the critical benefit: insight. In the past six months the number of new products and new developers entering the market has risen, with 60 new devices due for release this year alone. The number of those devices that will turn out to be truly inspirational tech that motives the market is anyone’s guess.

If developers really want to change the future of wearable technology, they may need to refocus their attention on new lucrative markets where they can provide real value and address common problems.

Is wearable tech failing those who need it most?

To many experts, healthcare is the market where the real potential for growth lies and where wearables are currently missing out. There are millions of people in the UK, US, Australia and New Zealand living with one or more chronic illnesses and, with an increasingly ageing population, the potential for helping vulnerable people is huge.

For older people, wearable tech has stalled, with panic buttons and emergency call bracelets the most advanced point it has reached. It offers a vital lifeline for older people living on their own, but the technology has been around for a long time and needs reinvigorating to begin to realise its far-reaching potential.

A baby’s body temperature monitor, for instance, is a simple but effective piece of kit that has a genuine use. No new parent would want to be without it and some companies are currently conducting trials with smart bottles that track feeding times or ensure infants don’t take in too much air while drinking.

The rising cost of care

For older people, the cost of going into care can be startling. Residential care for older people is increasing across the globe and anything that can help them stay in their own home for longer is only a good thing.

Wearable technology has a huge part to play in helping them in later life and it will be up to the developers to help capitalise on this and prove that it can play a key positive role in people’s lives. Whether it’s reminding someone to take medication, monitoring their sleep patterns, knee braces with stress sensors or movement recorders, the potential of wearable tech in healthcare is vast.

Technology developers obviously want to target lucrative markets and fitness certainly is that, but as the population ages, more people could benefit from the developers’ collective focus now.

For more, check out this quick graphic from Vandrico which shows the uptake of wearables or this one from Wall Street Journal that shows breakdown of who owns a smartwatch and fitness tracker.

Rowena is a content composer at RocketMill, with previous experience in social media and brand reputation. She spends a lot of time with her head in a book or watching too much Sci-Fi.