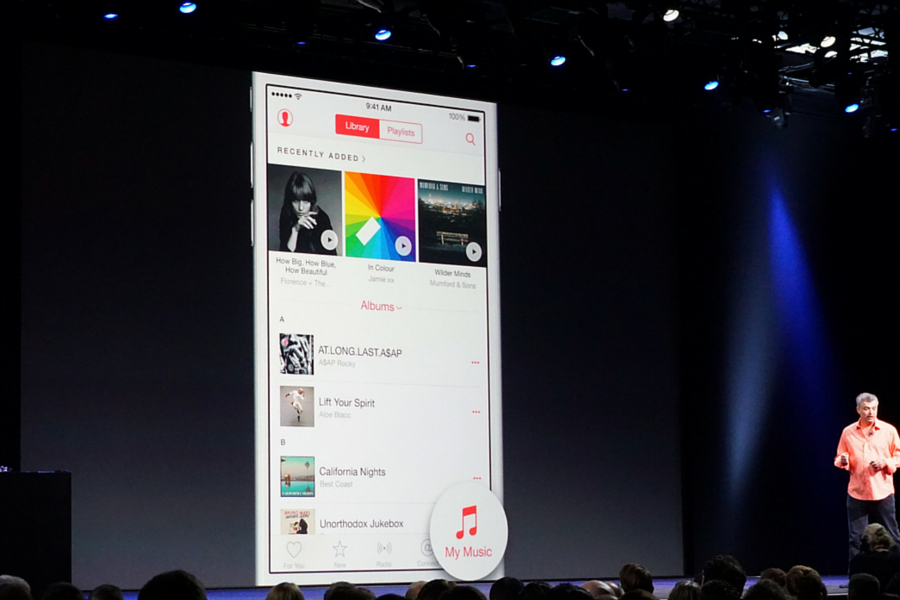 Showing that companies of all sizes struggle to come up with business models that are universally agreed upon, Taylor Swift has criticised Apple for choosing to offer customers a free three-month trial of its new Apple Music streaming service, which is set to launch on June 30.

Apple has chosen to go for the trial option in lieu of a freemium model and, after deciding to pull her latest album ‘1989’ from Spotify last year, Swift has written a blog post explaining why she won’t be putting the album on Apple’s new service either.

While Swift acknowledges the benefits of a free trial, she wants to know why Apple won’t be paying creators royalties for music streamed during the trial period. Swift writes that though Apple’s decision won’t necessarily affect her, given she can support herself and her team by playing live shows, it will have a profound effect on new or smaller artists.

“This is about the new artist or band that has just released their first single and will not be paid for its success. This is about the young songwriter who just got his or her first cut and thought that the royalties from that would get them out of debt. This is about the producer who works tirelessly to innovate and create, just like the innovators and creators at Apple are pioneering in their field…but will not get paid for a quarter of a year’s worth of plays on his or her songs,” Swift wrote.

Swift, who acknowledged the significant role Apple has played in getting her music out to fans through iTunes, pointed out that Apple has been “astronomically successful” and therefore has the money to pay creators for the trial period.

“Three months is a long time to go unpaid, and it is unfair to ask anyone to work for nothing.”

Swift has a point – the latest figures show Apple has around $200 billion in cash on its balance sheet, and industry analysts believe the free trials will cost $4.4 billion.

Apple Music was quickly dubbed ‘Spotify Killer’ after it was unveiled at the Worldwide Developer’s Conference two weeks ago, due mostly to the fact that, well, people are really familiar with Apple. The company has over 800 million credit cards on file from iTunes, and it’s hoping that at least 10 percent will convert to Apple Music. Apple believes that the trial period will be worth it: at around $10 per month, a subscription will see the average person spend $120 a year on music, far more than they would have spent buying albums on iTunes, and therefore it believes Apple Music will be beneficial to artists.

The platform has all of the essentials: a monthly subscription for one person will cost the same as Spotify (artists would also be paid close to the same amount per stream, give or take a cent), but Apple Music is almost half the price when getting a subscription for five listeners or more. The platform will also have a 24 hour global radio station and a social media feed allowing artists to connect with fans.

However, artists and labels aren’t convinced – though she’s perhaps the most high profile person speaking out against Apple Music, Swift certainly isn’t the only one.

The Australian Independent Record Labels Association (AIR) said in a statement that the Apple Music business model “is a major problem for any label that relies on new releases rather than deep catalog, as the potential for this free trial to cannibalise not only download sales, which remain a very important revenue stream, but also streaming income from other services, is enormous.”

The AIR added that many labels would not be able to “withstand the potentially catastrophic drop in revenue” of a free trial.

Swift concluded, “We don’t ask you for free iPhones. Please don’t ask us to provide you with our music for no compensation.”

Update: Apple’s Eddy Cue responded to Swift’s post today by announcing that the company has reversed its decision to not pay artists during the free trial period.

Image credit: The Next Web