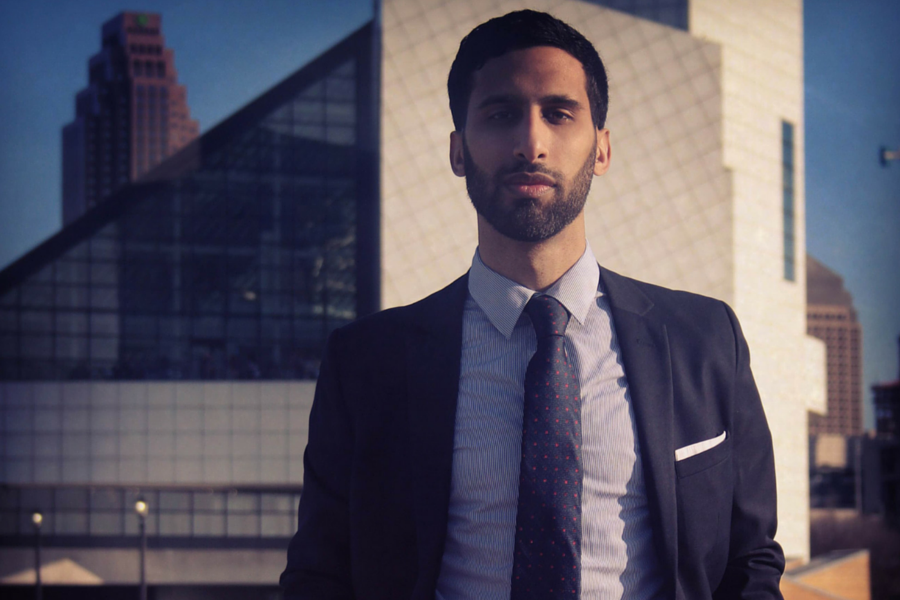 From the waterproof to heat resistant, technology has been innovating our clothing for years. While the hijab and other items worn by Muslim women have become more fashionable than the stereotype would suggest thanks to stores like Hijup and Soirée Designs, the fabrics used haven’t really seen the same kind of innovation as ‘regular’ fashion.

Until now. Ohio startup Veil Hijab has created a hijab called ‘Cool Dry’, which, like the name suggests, keeps the wearer both cool and dry. Billed as the first climate-adapting hijab, its exterior is made up of a water repellent technology which makes water bead upon impact and roll off the fabric.

It also has a cooling barrier which reflects up to 80 percent of heat rays, keeping the scarf up to 10 degrees Fahrenheit cooler than the average hijab. With the majority of hijabs worn in dark colours, cooling technology will prove a welcome innovation.

Veil Hijab’s 22-year-old founder Ahmad Ghanem, who self funded the development of product, said he was inspired to create the product because he believes that the hijab is misunderstood in today’s society: while many think it’s oppressive, women who wear it say it’s a part of them and what they stand for.

“When I came up with the idea for Veil, I felt like it was my responsibility to actually make it happen. Technology in apparel is up and coming and there’s no reason our women shouldn’t be exposed to it as well. It’s different, but I’m excited to see where it goes,” Ghanem said.

“I want my brand to inspire and encourage women who wear the hijab to go out and break barriers, whether it’s becoming more active or making a difference in the world. Their strength and perseverance is what drives the passion at Veil.”

Ghanem began working on the product almost a year and a half ago, researching technical fabrics and looking at manufacturers around the US. He decided to get the fabric laser cut to get rid of the chafing that occurs with regular hemmed hijabs.

He said he chose to go down the Kickstarter route because the platform boasts users from varying religions and ethnicities who would connect with the product.

“It wasn’t just about raising the funds for the project, but to rather make a statement for our sisters who wear the hijab as well. I knew the orders would come in one way or another but I wanted the project to gain global attention,” he said.

Ghanem set the Kickstarter target of $5,000, and ended up with almost $40,000. Almost 900 backers from 40 countries have ordered over 1,800 hijabs, with two new lighter colours added after requests were made. Pre-orders are now open on the startup’s website for those who missed out on ordering through the Kickstarter, while orders are also open for wholesale distribution.

Veil has already had interest from potential investors and partners, and Ghanem said the company will be looking to expand very soon.

“We plan on expanding the brand tremendously and bring more to the table in regards to our products. We also plan on distributing in many countries as well.”