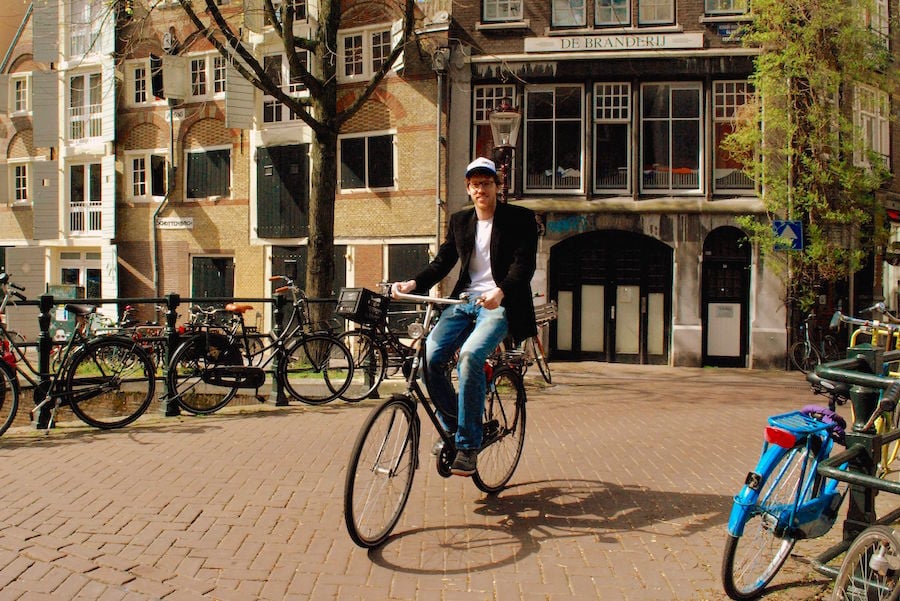 As far as industries go, lottery is a classic, dating back to at least the 15th century. It has since become one of the largest and most lucrative industries in the world. Over the past five years, global growth in lottery sales has averaged at 8.3 percent per year, with the Asia Pacific and Latin American markets proving to be the biggest drivers of growth, according to the World Lottery Association. In Q4 of 2014, lottery sales reached US$53.7 billion and increased 8 percent in Q1 2015, generating almost US$58 billion. However, the lottery industry is highly regulated, lacks transparency, and in most parts of the world, operates as a state-run monopoly. As such, Dutch entrepreneur Jasper Versteege has embarked on a mission to challenge the government-controlled lottery industry using “transparency as [his] main weapon”. His startup CrowdLottery is now looking to make its mark beyond the borders of Europe.

The belief that “people deserve fair, social and transparent lottery games” is what inspired the creation of CrowdLottery.com. Launched two years ago, CrowdLottery boasts a greater degree of transparency and better odds than traditional lotteries.

With CrowdLottery, every player puts €1 (AU$1.46)  in the pot, and each week CrowdLottery draws one crowd member – the ‘Lucky One’ – who takes home all the money in the pot. The bigger the crowd, the bigger the payout, though members cannot purchase more than one ticket per draw. The startup charges an administration fee of €0.15 (AU$0.22) per ticket on top of the stakes, which Versteege said is used for managing the website, development, marketing, and overhead costs. The startup also donates 50 percent of its profits to charity.

Versteege said traditional lotteries are unclear about their administration and marketing costs while their ticket prices are generally much higher. He believes separating the costs from the stakes adds a much-needed layer of transparency.

“A draw is not that complicated, so why would you pay a couple of euros to the operator? So they can give themselves very large salaries, and spend tons of money on marketing campaigns? In a market that lacks transparency there is much to gain for a transparent model that has higher payouts, better odds, lower costs, and the opportunity to play for the charity of your choice,” he said.

Versteege, who studied philosophy and economics, said he always dreamed of making the world a better place, but acknowledged that money would play an important role in making this dream a reality. A few years ago, Versteege was engaging in a discussion with his peers about ‘what you would do if you hit the jackpot’. Ironically, his answer was ‘I would start a lottery’.

Upon further reflection, he realised there were four problems with traditional lotteries: they are still paper-based as they sell physical tickets; they are not transparent about payouts; they are focused on maximising the value they can get out of their customers; and last but not least, even though we play all kinds of games with players from all over the world, there is no global lottery yet.

Versteege explained traditional lotteries offer games based on probability calculations. Oftentimes, insurance is used to cover (or offer) very high jackpots. If the odds are very low, insurers are more than happy to take a fee and insure the unlikely event of someone hitting the jackpot. With state lotteries, there are a pre-determined number of tickets that take part in a draw, of which only a small number gets sold. Added to that, the payouts aren’t as big as the number used in advertising material.

“CrowdLottery.com offers better odds of hitting the jackpot, higher payouts, and lower costs for the players. This is because all the stakes are paid out, and the members are not paying for big salaries, immense marketing budgets or insurance fees,” said Versteege.

“In this digital age I think transparency and the power of crowds can be used to drastically turn this around and create a lottery that actually tries to create value for its players … I think this is also the unique and disruptive thing about it, because there’s not a lottery or national government that does it this way,” Versteege added.

He also pointed out that governments claim to be against gambling, but offer games that maximise spending which leads to greater goods and services tax. On the consumer end, it appears as though the more you spend, the greater your chances of winning, but this is not necessarily the case.

“This is quite a contradiction, and something worth fighting in my opinion. Together, we can use the power of crowd to show them how it should be done,” said Versteege.

For two years there has been a draw each Thursday at 13:00 CET; and the number of unique players has risen to more than 900, 30 percent of which are active members. CrowdLottery’s website and social media channels now feature more than 100 videos of ‘Lucky Ones’ from all over Europe including the Netherlands, Sweden, Latvia, Greece, Finland, and the UK.

Versteege said that the startup has grown via word-of-mouth referrals, but is looking at new ways to reach larger audiences. CrowdLottery is currently offering four bonus tickets to the next 600 members to join the platform as a way of growing its user base.

“Traditional marketing channels are hard to use. Most governments have very restrictive laws on promoting games of chance. We need to work with the tools we’ve got and see what’s possible, and what’s not,” said Versteege.

The only market CrowdLottery is unable to tap into is the US market. Versteege said that most credit card companies are American and follow strict gambling rules as set by the US government, which makes it almost impossible for CrowdLottery to accept payments from US citizens.

“I’m looking for ways to also make my product available for them, but that’s pretty hard because the US government is known to impose their national laws on an international scale, and they are not afraid of using their power to enforce their laws outside their borders,” said Versteege.

“I know I’ m offering a product in a grey area, that a lot of governments consider theirs, but I think businesses should be measured on their merits. If governments are allowed to run lotteries, then there should also be room for a completely transparent concept like the crowd lottery concept.”

While this could be seen as a major obstacle for the startup given the size of the US market, Versteege considers his biggest challenge to be operating solo.

“I actually wouldn’t recommend [being a solo founder]. It makes the tough times tougher and the sweet times not as sweet as they could be because they cannot be shared,” he said.

Versteege said when he started researching possibilities three years ago, he couldn’t find another person who was willing to live below the minimum wage standard and put in a lot of time effort for an idea with very uncertain outcomes.

However, the process was made easier by the funding CrowdLottery received to the amount of €250,000 (AU$365,000+), part of which was raised via Swedish crowdfunding platform Funded By Me, alongside support from family, friends and an angel investor, who invested in the project for shares in the company.

“That support and trust stems from the fact that the model of CrowdLottery.com is so straightforward and transparent. On top of that it is in line with deeper lying trends in society: the need for more transparency, the rise of the sharing economy, and the aversion against the greed culture. The world deserves a transparent lottery game!” said Versteege.

Versteege said his biggest achievement is taking a leap into the unknown and doing something that others said couldn’t be done.

“I truly believe we can use transparency and the power of crowds to democratize certain markets and create better outcomes for the consumer. If we act like it, we can make it so. The fact that my concept is out there, and that I’m actually trying to disrupt a profit maximizing market controlled by governments, while almost everybody says that it cannot be done, makes me very proud. Even if it doesn’t work out, at least I’m trying to change a system for the better!” said Versteege.

CrowdLottery is looking to offer white label solutions to charities within the next year. It also hopes to grow its user base to 20,000 so that the startup can be self-supporting.

Previous article Taylor Swift criticises Apple for decision to not pay artists during free trials of Apple Music streaming service
Next article You can’t sit with us: Do coaches and MLMs have a place in the startup ecosystem?
Via Profiles
Tags AmsterdamCrowdLotteryfeaturedlotterystartupThe Netherlands