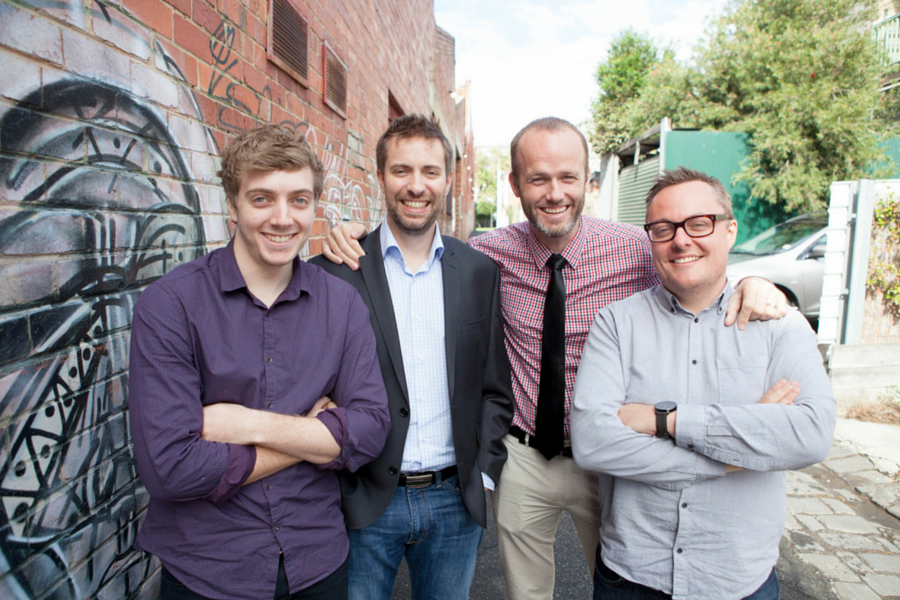 It was another busy week for startups around the world, with companies including Spotify and Verizon making acquisitions, and Envoy, Curbside, and Postmates closing investment rounds. Australian startups PromisePay and Beanhunter also raised funds.

Music streaming platform Spotify has acquired Seed Scientific, an advanced analytics startup providing data to clients like Beats Music, Audi, Unilever, and the United Nations. The startup’s team and technology will form a new Advanced Analytics unit at Spotify in New York, headed by Seed Scientific founder and CEO Adam Bly. Henrik Landgren, VP of Analytics at Spotify, said the acquisition will allow Spotify to accelerate its plan to leverage data and insights throughout its organisation. Adam Bly added that he’s thrilled to be joining Spotify to “create the leading advanced analytics organisation in the world.” The deal signals Spotify’s intention to keep up with the competition as Google and Apple launch into the music streaming space.

After signalling its intention to acquire AOL back in May, Verizon this week completed the deal. Tim Armstrong, CEO of AOL, will continue leading AOL in an expanded role, with Bob Toohey, president of Verizon Digital Media Services, reporting to Armstrong.

Subscription ebook startup Scribd has acquired Librify, a subscription ebook and social reading platform. Joanna Stone Herman, Librify’s co-founder and CEO said, “Scribd offers the ideal platform for Librify to realize its original vision. We set out to create a book club like reading experience for the digital age and we’re excited to take that next step with Scribd.”

Melbourne payment startup PromisePay has raised USD$2 million in funding from investors including Cultivation Capital and Mark Harbottle, co-founder of 99designs. The startup will use the funding to expand its offices in Melbourne and San Francisco, and establish another in St Louis. The startup expects to double its head count and grow its revenue 10x over the next year.

Melbourne-based startup Beanhunter, which allows users to review cafés and coffee all around the world, has announced the closing of a $500,000 seed round. The startup last year discussed plans to raise $3 million, but CEO James Crawford said that with two aspects of the startup’s long term revenue model yet to launch, there was some resistance to the valuation Beanhunter was seeking and so the round was cut to match the market.

San Francisco-based visitor registration startup Envoy this week raised a $15 million round, which will be used to hire more engineering talent and create new products.

Wollongong-based startup Critical Arc has announced that it will be looking to raise $3 million via VentureCrowd this July to help grow out its user base in Australia, the US, Saudi Arabia, and the UK. BRW reports that the startup is turning over $1 million a year from clients including universities.

London predictive marketing startup Yieldify has raised a $11.5 million Series A round from investors including Google Ventures and Softbank, which will go towards international expansion, with New York a key focus.

Lost My Name raises $9 million Series A round

Google Ventures invested in another London-based startup this week, Lost My Name, the book publisher behind a popular personalised picture book for children. According to TechCrunch, the startup describes itself as a “full stack” publisher with technology powering all aspects of the business: people can order a personalised book for their children by inputting their child’s name and choosing different aspects of a story to include.

TextMaster, a Belgian copywriting and translation startup, has received $5 million from investors including Serena Capital. The startup connects people who need text produced, translated, or proofread with a network of freelancers from around the world. The platform has freelancers who are native speakers of, or experts in, over 40 languages.

Redis Labs raises a $15 million Series B round

Israel-based Redis Labs, which provides enterprises with fast database capabilities, has closed a $15 million Series B round led by Bain Capital Ventures and Carmel Ventures, which it plans to use to expand its marketing and sales.

Curbside closes $25 million Series B round

Palo Alto startup Curbside has raised $25 million from investors including Sutter Hill Ventures and Index Ventures. The startup allows users to buy items from stores like Target and Best Buy online, then go to the store to pick up their shopping without getting out of their car – it gets loaded in at the curb.

PayRange raises a $12 million Series A round

PayRange, a startup which has produced a small device that can be plugged into vending machines to allow them to accept card and mobile wallet payments, has closed a $12 million Series A round led by Matrix Partners.

Postmates, an on-demand delivery startup, has closed a $80 million Series D round led by Tiger Global Management that puts its valuation at more than $400 million. The startup facilitates deliveries from outlets like Starbucks and McDonalds, and recently signed a deal with Apple to deliver the company’s products to customers the same day they buy them online.

HackerOne, a platform for managing security bug bounty programs, has closed a $25 million funding round led by New Enterprise Associates. This funding will go towards rewarding hackers who find flaws and notify the company so that they can be addressed before attackers get to them.

Boston-based endpoint security startup Barkly has closed a $12.5 million Series A round led by New Enterprise Associates. The funding will be used to speed up the company’s recruiting, product development, and go-to-market initiatives in the healthcare and financial services industries.

Automatic Labs raises $24 million in Series B round

Automatic Labs, a startup working to create the connected car, has announced the closing of a $24 million Series B funding round. According to a release, the investment brings the total raised by the company to date to $32 million, and will enable Automatic to “continue its mission to transform the car ownership experience with a host of connected car apps, built on the Automatic platform.”

Currency Cloud, a London-based payment startup, has closed an $18 million Series C round, bringing its total investment to date to $36 million since its founding in 2012. The startup processes $10 billion/year across more than 40 currencies in over 200 countries.

Previous article Bidz Direct ended up raising $400,000 in seed funding despite bad taste left behind in the sector by Alphatise
Next article Perth startup Hangover Helpers will clean your house and cook you breakfast after a party
Via News & Analysis
Tags acquisitionscapital raiseFundinginvestmentmergersmergers and acquisitions round uppromisepayround upstartups