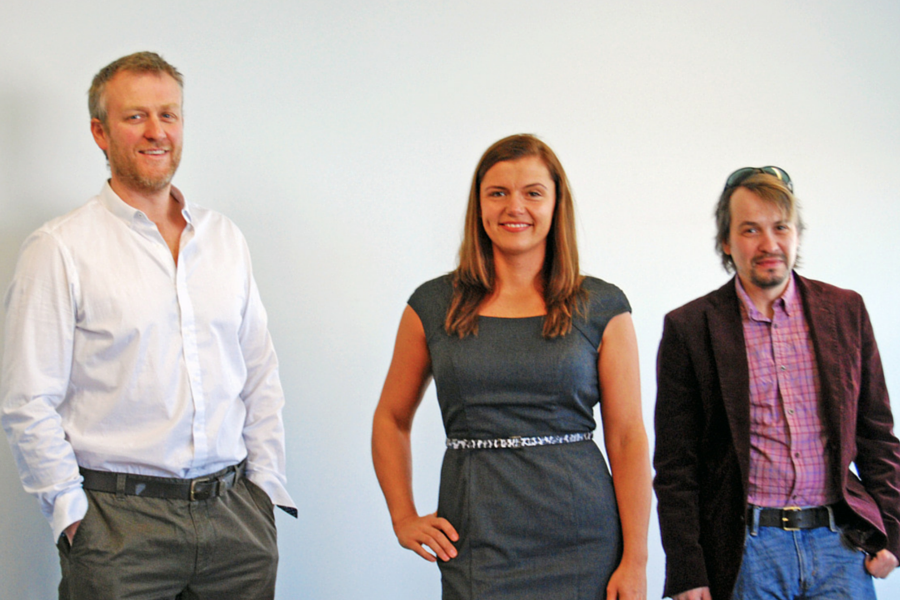 Social media is full of people living glamorous lives that are always better than your own. Instagrammers are perhaps the worst offenders, always going on holidays to exotic locations and eating brunch at hip cafes and actually making use of their gym membership. It’s all been enough to get The New York Times waxing on about ‘the agony of Instagram’ and ‘Instagram envy’.

A Melbourne app may just be the antidote we’ve been waiting for. DoubleBud doesn’t discourage users from posting that post-marathon selfie – but it also wants photos of the moments that came before, like the first time you ever went to the gym and couldn’t make it through a workout.

As founder Ag Lacey describes it, DoubleBud wants users to come together to be motivated and inspired by the before and after photos being shared. The idea for the app came to her as she watched her children playing together after Christmas two years ago.

“My mind reflected on images of the kids from years gone by. This running series of photos started my thought process off in regards to capturing, storing, reflecting and sharing these series of photos, these ‘before and afters’,” Lacey said.

She checked that afternoon whether the kind of app she was thinking of already existed, and when she found it didn’t, she decided to make it herself.

Users can create ‘photo strips’ of minimum two photos. They can choose to show a simple before and after in two photos, or to tell a longer story with more photos. The photos are sorted into categories like Style, Fit Fast and Strong, Animals, Foodies, and Party Time. A user’s profile page archives their own photo strips, those they have commented on, and strips they have been motivated by.

The focus is very much on motivating and inspiring rather than leaving someone envious – instead of simply pressing a ‘like’ button, users can let a strip creator know they’ve been motivated by a journey.

Lacey and her husband Scott have been funding the startup themselves. With Lacey responsible for design, user experience, and marketing, they brought on a developer to work on the technical side.

With the app having launched at the start of May, Lacey said they saw an initial surge of users and are now tracking around 12 to 15 new users a day. Given the number of photo apps that have launched and been no match for the unshakeable Instagram, there is a tough road ahead for DoubleBud if it is going to be just another photo sharing app.

However, Lacey said she doesn’t see it as a competitor.

“DoubleBud has a niche in the sharing of photos, as it is focused on before and afters. It can sit comfortably alongside other photo sharing apps, rather than trying to compete against them,” she said.

This differentiating factor is also where the path to monetisation lies; Lacey sees DoubleBud partnering with other apps and platforms and being used in business.

“There are countless businesses that would benefit from showcasing in an app before and after images: hairdressers, builders, landscapers, interior designers, artists, tilers, plastic surgeons…the list is endless,” she said.

Lacey will be looking to find investment in order to expand the app’s capabilities over the next few months.