No more memorising shortcuts: Sonder lets you program your keys any way you like 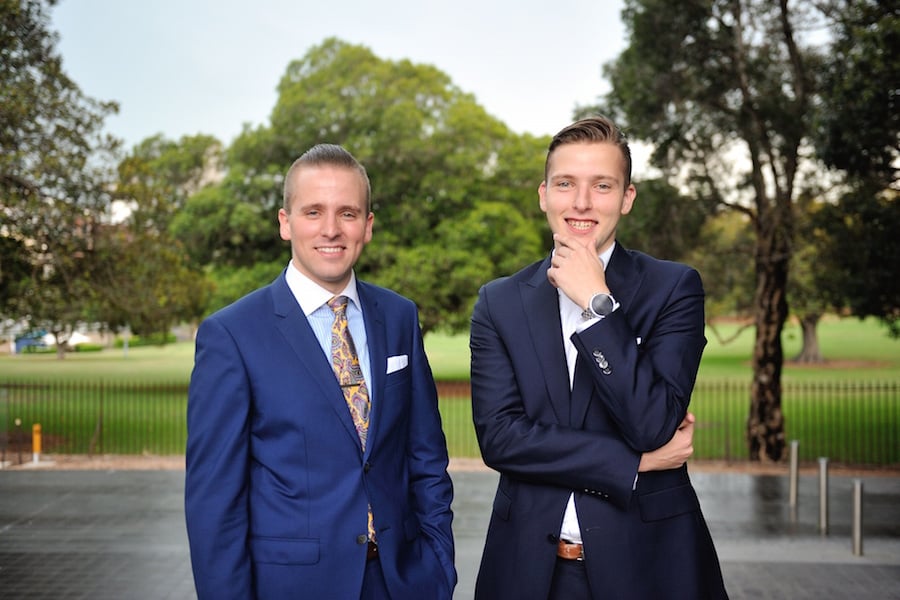 Those who have successfully unravelled the mysteries of the QWERTY keyboard would know that using keyboard shortcuts saves time and reduces wear-and-tear on your wrists. But memorising hundreds of application-specific shortcuts is no easy feat. Twin brothers Francisco and Felipe Serra-Martins felt it was time we stopped relying on our memories and designed a customisable keyboard that puts the features of programmes like Photoshop, InDesign, Illustrator and many others, at the fingertips of consumers.

Earlier this month, the Serra-Martins brothers unveiled their e-ink (electrophoretic ink) keyboard which allows users to create an infinite number of key layouts, meaning they can switch between languages and application-specific shortcuts, or create custom icons on their keys like a gaming layout. Sonder, the Sydney-based startup behind the keyboard, has already received over $50,000 in pre-orders and is due to launch later this year.

Similar to the Kindle e-reader or Pebble watch, behind Sonder’s keyboard is an e-ink display (i.e. low power display technology); and the keyboard’s fibre optic front-lighting system ensures users have no problem navigating keys in a dimly-lit room. The keyboard, which connects to Macs, PCs as well as mobile devices via its built-in Bluetooth adapter, is currently selling at the early bird price of US$199, though the retail price will be $350.

At first glance, Sonder’s keyboard may look like your regular keyboard, but the keys are actually transparent, and the customised text and graphics are displayed on the e-ink screen below the keys. The user can alter the labels to display the characters of different languages or application-specific shortcuts.

Francisco told Startup Daily that, with Sonder’s keyboard, users are “only limited by their imagination, not by their keyboard.”

The inspiration for creating the e-ink keyboard didn’t just spawn from their own frustrations in having to remember shortcuts. Francisco told Startup Daily they were inspired by the late Steve Jobs’ iPhone Keynote presentation at MacWorld 2007.

“[His] vision of a new user-interface for a smartphone inspired us to further develop the keyboard, the tool which connects man to arguably the most revolutionary invention ever created, the computer,” said Francisco, noting that this may sound cliche in the startup space.

Although the co-founders largely bootstrapped the development of their keyboard, Sonder has received a number of grants. Sonder was accepted into INCUBATE, an accelerator program first established at the University of Sydney, through which it received a grant of $5,000. At INCUBATE’s Demo Day in March, Sonder attracted $20,150 in pre-orders.

Sonder was also accepted into the Genesis Startup Program, the longest running startup program at the University of Sydney, and awarded the Most Disruptive Enterprise Award at their Final Pitch Night in May, which included $2,000 in prize money.

Added to that, Sonder was awarded an Innovate NSW Minimum Viable Product Grant by NSW Trade and Investment, which provided the startup $15,000 in matched funding to further develop its keyboard.

After being featured on a number of tech publications and generating interest on Reddit, Sonder raised an additional $30,000+ in pre-orders. About half of the pre-orders have come from overseas, particularly Europe and North America.

“We have been overwhelmed by the love the creative and international community has shown us and the demand for our keyboard,” said Francisco, CTO of Sonder.

Francisco said Sonder always intended to be global from day one, as the problem it’s solving is universal. Although the keyboard primarily targets designers and other creative professionals, the startup has received positive responses from the gaming community and multilingual speakers.

Sonder will soon launch a crowdfunding campaign on Kickstarter, after which it will start selling its flagship product online and through international retailers. Sonder also plans to develop and release additional products, including an individual numpad and a full 104 keyboard with coloured keys. Sonder is open to third-party licensing, which may involve integrating the keyboard into another company’s products, such as a laptop.

Given the startup has hit some of its goals ahead of schedule, it will also be looking to recruit staff to help manage and drive future growth.