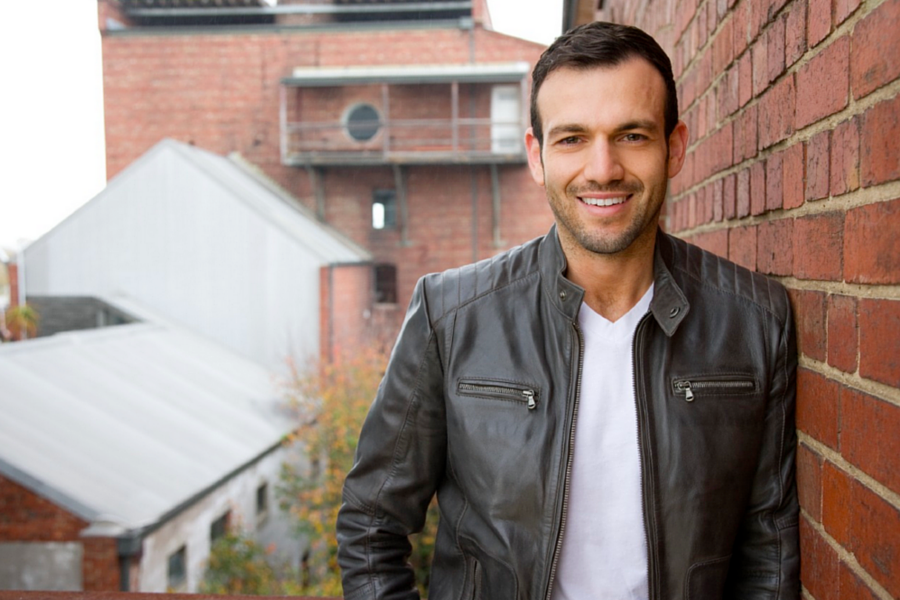 Melbourne-based Daily Jocks is the perfect example of how using content based marketing to build an audience can end up creating a highly scalable and financially successful internet business. Founded six years ago in 2009 by Nicholas Egonidis, Daily Jocks was launched as a blog showcasing men and men’s underwear and was monetised via advertising. Three years ago, Egonidis decided to pivot the company and become an online retailer selling the very products he has been showcasing.

The result a sports-inspired menswear ecommerce business that sells underwear, swimwear and sportswear. Daily Jocks also has a unique value proposition that sets it apart from other competitors in the space: a subscription service called the Underwear Club.

Underwear Club is a set-and-forget product where users choose the types of underwear they like and indicate their size. They then get sent a new pair of “jocks” to their door every month up to the value of US$40. Every month, subscribers get to try out a new brand for USD$21.95 a month, a bargain considering the products are often from bespoke or luxury brands.

Daily Jocks has customers from all around the globe. In fact, Egonidis says that he sends over one tonne of underwear overseas each month. The global approach was strategic and reflected the readership of the original blog which helped Daily Jocks accumulate over 600,000 Facebook fans and a newsletter database that sits at over 270,000 subscribers.

“From day dot, I wanted a global concept, something that doesn’t discriminate where people live,” says Egonidis. “We always offered free global shipping on the Underwear Club. It was a strategy that worked really well because we essentially wanted to eliminate anything that would stop somebody from joining the club. Often shipping fees are deterrents to people proceeding with an order.”

“Also, currency was an important factor as majority of our customers are based in the US. Hence why we sell in US dollars. We’ve just recently started our Australian version of the site too so we don’t discriminate against Australians.”

At the moment, the ecommerce startup ships between 8,000 and 9,000 packages a month, which equates to one tonne of underwear as previously mentioned, with volumes continually growing.

Egonidis says the key to Daily Jocks’ growth has been the focus he has placed on building the company’s mailing list. This has become an important tool allowing Egonidis to drive traffic to the site to get subscribers to purchase products.

According to Daily Jocks’ data, once customers have placed their order and receive their purchase, there’s a high a conversion rate to them becoming monthly subscribers to Underwear Club. It’s also worth noting that Egonidis does not spend money on running Google Advertising or SEO; a majority of customers are driven to the site via Daily Jocks’ Facebook community and EDMs.

Most of the imagery on the site is provided by the brands whose products are being sold on Daily Jocks. However, Daily Jocks will be moving into new premises soon that will have a studio set up so the company can do their own photo shoots and keep everything on the site uniform in terms of its look and feel.

Although the vast majority Daily Jocks’ customer base are men, between 13 to 15% of the database are women who are purchasing products presumably for their male partners. Egonidis admits he has received a lot of feedback from these customers and other women in his life that want him to start selling products (specifically the Underwear Club) for women. However, this is not on the cards in the immediate future.

The Underwear Club has turned out not only to be a valuable point of difference between Daily Jocks and its competitors, but also a highly scalable source of revenue for the company. Right now, the club boasts 6,000 paying members and growing. The biggest challenge around this, according to Egonidis, is trying to find the units of stock to fulfil all those orders.

“We generally have around a four to six-month lead time with brands. We’re already booking our brands for next year because a lot of the brands we work with need time to produce stock. We’ll often get their new styles before they hit the stores, so they’ll design it to according to what we need,” said Egonidis.

Egonidis says the Underwear Club is growing at around 2% month on month which he says is sustainable. However, he says the fastest growth is coming from the online store.

Raising capital is not on the cards for Egonidis who has bootstrapped his entire operation from the very beginning when he launched the site with only $500.

Egonidis says he’s found it quite fulfilling learning how to run a business and turn over a profit. He also admits finding it a tad baffling that companies raise millions of dollars in investment without turning over anything in revenue.

“I’m a bit more old school I suppose in my thinking,” Egonidis says. “I believe you have got to make a profit by selling something for more than what you’re paying for it.”