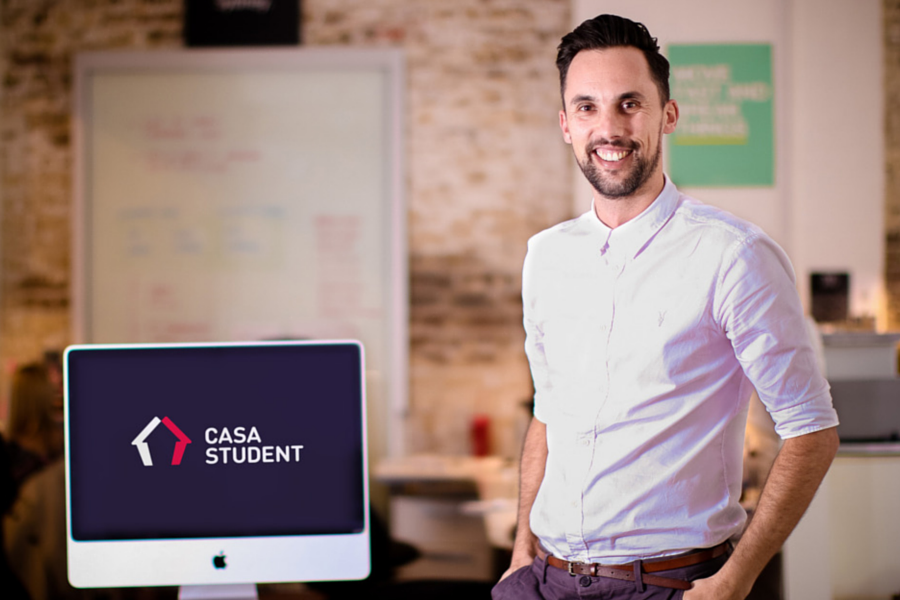 As an international student, finding suitable accommodation can be one of the most difficult parts of starting life in a new country. Trawling through real estate sites from the other side of the world is extremely time consuming, and it’s hard to know which listings can be trusted.

This is why student services platform StudentVIP and shared accommodation site Flatmates.com.au have partnered to create Casa Student, a platform that helps students find rooms through official student accommodation providers.

Thomas Clement, general manager of flatmates.com.au, said that with the two brands often targeting the same market, there is a synergy between the two that has seen them work together on various projects. The new venture came about as they identified a gap in the market.

“Where Flatmates is designed for people who are looking to meet other people to live with through a peer on peer model, a large student accommodation property might have 200 or even 700 beds. The way that the business needs to interact with those customers is very different, and it’s very frustrating for them to use Flatmates,” Clement said.

While there are platforms around the world focused on helping students find accommodation, Clement said Casa Student has been constructed differently. Where a similar British site may allow, for example, a London landlord to list their 12 room property, Casa Student is working with professional providers, such as Urbanest.

With listing free, the majority of providers have already signed on to Casa Student. The site has already generated around 180 leads.

“There’s obviously big money in this industry, from the point of view that accommodation in Australia is not cheap. You know, one of these rooms can be up to $400 to $500 a week, many of them more on the $200 to $300 range. If they don’t fill their rooms in the beginning of the year, it’s going to be empty most of the year, or at least for the first semester. So there’s an interest for them to get the rooms filled,” Clement said.

“It’s also a great opportunity for students to view all the options in one place rather than having to go to five or six different websites. They might find services they weren’t even aware of.”

As high rents see more local university students choose to keep living with their parents in the suburbs, Casa Student is targeting interstate and international students. As well as advertising through flatmates.com.au and StudentVIP, the site has also been listed in Insider Guides, guides for international students.

With backing from flatmates.com.au and StudentVIP, Casa Student should be able to make a name for itself. Having had to find accommodation for a year studying abroad myself, I think it will prove a useful service. However, students who want to live with locals in private accommodation in a small house rather than dorm-type buildings (which are often full of other foreign students) will be disappointed. It will be interesting to see whether Casa Student can fill this gap in the future; given its access to flatmates.com.au, the possibility is there.

With Casa Student also free for students to use, Clement said putting a monetisation strategy in place – or finding investment – is not currently a key priority.

“As we are already existing businesses, we have the luxury of not having pressure. But we’re a small business and if options come up, we’re always willing to discuss them.”

Previous article Australia needs accelerators focused on entertainment startups if it wants to keep up with global trends
Next article Startup Rision says reverse listing opened up unforeseen opportunities in the US
Via Profiles
Tags accommodationcasastudentfeaturedflatmates.com.austartupsstudent accommodationstudentsstudentvipthomas clement