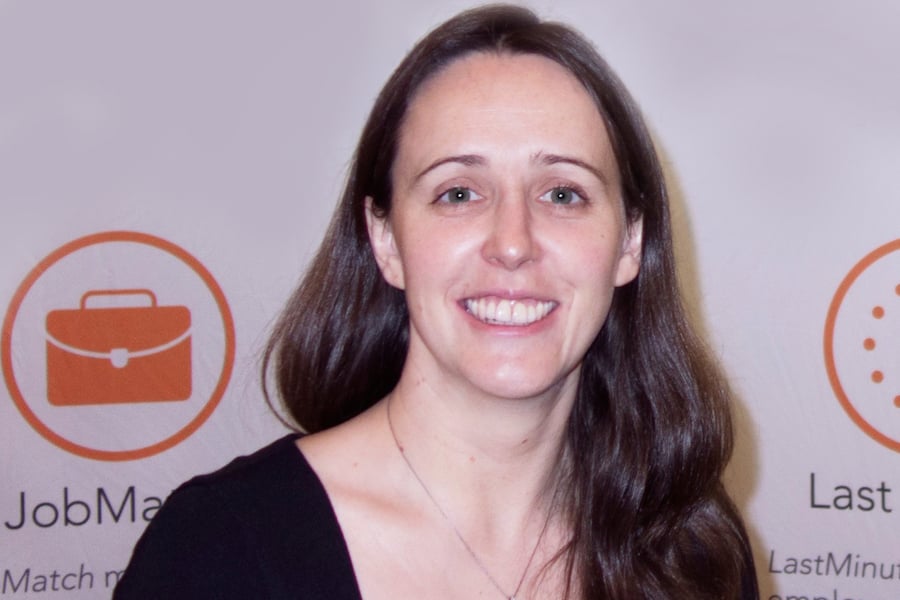 Rision’s patented technology is a product of more than a decade of research, labour and investment by 67-year-old contingent worker advocate and recruitment executive Robert Day, who believes the company will have the same degree of impact on the recruitment and human resources industry as Xero has had on the accounting industry.

Rision’s humble beginnings dates back to 1995, when Day was running his own recruitment agency in Sydney and servicing clients across construction, transport and manufacturing industries. Day realised quickly that businesses using contingent workers needed to implement a system to enable fast and efficient hirings.

But it wasn’t until 2000 that Day decided to pursue a technology solution that would help businesses better manage contingent workers. At the time, Day’s company was called Employment Management Solutions and its technology solution was developed in Lotus Notes.

In 2003, the platform was converted to freeware; and in 2005, the company received an equity injection, allowing further development into .Net. Then in 2009, the company was rebranded as Skills Connect, reflecting the technology’s new hiring functionality.

On advice from US-based branding firm BBMG Consulting, the company also changed its name to Rision. The new name suggests that the technology the company offers will help “employees rise up through their work to achieve their financial aspirations” and will help “businesses rise above their human resourcing issues to better hire and manage staff”.

The latest version of Rision is still in its beta phase, but the company claims it’s the only comprehensive mobile platform on the market that solves the challenges of recruiting, rostering, managing, and paying shift-workers in industries like retail, property services, hospitality, healthcare, franchising and construction.

According to Day, “With the number of workers employed on a contingent, part-time or project basis predicted to grow to more than half of the US and Australian workforce by 2020, the market has been crying out for a solution to the HR headache of hiring and managing such a fluid workforce.”

Based on a pay-per-match and per-employee subscription model, Rision offers tools like JobMatch, which helps businesses find and recruit appropriately-skilled and experienced contingent workers without having to sift through hundreds of job applications. A tool called LastMinuteHire helps managers fill a vacant shift from Rision’s database of known candidates with the required availability, skills and expertise. Roster’s automated interface, on the other hand, allows managers to roster staff quickly by providing shift notifications directly to employees’ mobile devices at the click of a button. And TimeSheet enables online completion and approval of hours worked to ensure everyone gets paid what they are owed.

Although each of these tools have a slew of competitors – for instance, LastMinuteHire competes with OneShift – Managing Director and CEO Kate Cornick, who joined Rision mid-2014, believes that it’s the bringing together of all these tools that makes Rision a holistic solution. The startup recognises synergies between, and simultaneously caters to the needs of, two markets: businesses and contingent workers.

According to Cornick, contingent workers have the power to “manage their work/life balance by accepting shifts that suit their availability and career aspirations, to completing timesheets and accessing transparent payroll information – all from a mobile device.”

“Employees feel empowered with direct access to a unique profile of professional information. Every team member can take control of his/her own professional path,” Cornick added.

Earlier this year, amongst some other startups, Rision announced a reverse takeover of Reclaim Industries Ltd in its bid to raise over $4 million on the ASX.

The reverse listing strategy has recently come under scrutiny in Australia, with Atlassian’s Mike Cannon-Brookes calling the method ‘shady’. Many reverse takeover opponents regard the method as “cheating” or “a short cut to the ASX”.

Cornick is cognisant of the potential problems associated with reverse listing, but found the overall experience to be positive and beneficial for the company.

“Many in the business world warn about the red flags involved in a reverse listing, arguing that the negative and risky perceptions might warn off potential investors,” said Cornick.

“But my experience has been very different – we have built strong relationships with our brokerage firm who have introduced us to experienced investors with an appetite for investing in companies like ours. Many of our conversations have been with investors who have had success with mining ‘startups’ and who are looking to diversifying into technology.”

She admitted, however, that the process was lengthier than anticipated.

“For Rision, the reverse-takeover process has been long – far longer than anticipated at the start – with many additional complexities and costs for a small company to face in addition to the already burdensome task of building a new business,” said Cornick.

“However a reverse listing offers businesses a legitimate path to growth. It saves the stress of being drip-fed capital from angel investors and VC funds and it means talented Australians don’t have to leave the country and pursue their funding dreams in Silicon Valley.”

One “surprising benefit” for Rision that’s come from reverse listing is that it’s opened up opportunities with customers and investors in the US. Given the company has always been globally-oriented, this was a welcome surprise. This also suggests that regardless of the path companies take when going public, being public gives a company greater credibility.

“[The] listing process is helping Rision enter the US market – a path that can be notoriously difficult for Australian startups with great technology,” said Cornick. She didn’t elaborate on what those opportunities look like, but said announcements will be made in the upcoming weeks and months.

Rision has also been able to form an impressive board of directors. Cornick, who was formerly NBN’s Co General Manager of Enterprise and Strategy, is joined by Ron Howard, Principal of Equity Partners International and former President and Vice Chairman of airline catering provider Gate Group, as well as Graham Steer, founder of Spencer Steer chartered accountants, which merged in 2010 to become Hill Rogers Spencer Steer, and Tony Dixon, former senior investment banker at Macquarie Bank, Cushman & Wakefield, Mirvac, JBWere and Goldman Sachs.

The company’s focus this year is on sales and marketing in both Australia and USA, in addition to product refinements. Cornick said they’re in discussions about partnerships with a number of companies, but won’t be naming them just yet.

Update: Title has been amended as it contained an error about the location of the startup. Rision is based in Sydney, not Melbourne.