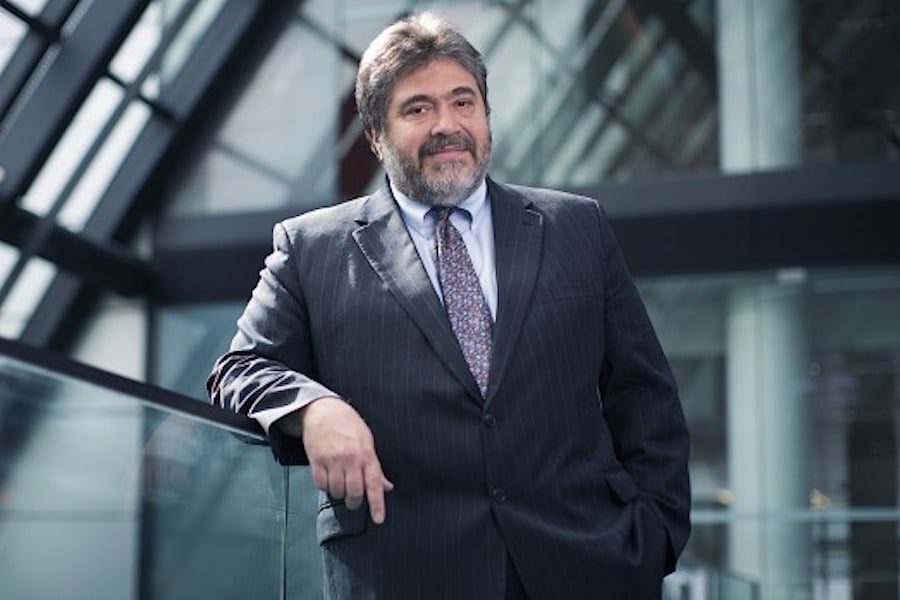 In what’s been claimed as Australia’s largest equity crowdfunded deal to date, Melbourne based health tech company Global Kinetics Corporation (GKC) has raised $1.5 million from 55 sophisticated investors via OurCrowd. The runner up is most likely Sydney-based VentureCrowd, which raised $1.2 million for ingogo, and the deal is still open.

GKC’s flagship product is the Parkinson’s KinetiGraph (PKG), a cloud-based data-driven solution for clinicians and patients living with Parkinson’s Disease or other movement disorders. Patients with Parkinson’s Disease wear a device around their wrist, which records the patient’s movement data every two minutes and provides 720 insights per day. Six days worth of data is then presented as a report – similar to an MRI or ECG report – and sent to the patient’s attending doctor.

Andrew Maxwell, GKC’s Managing Director, said a person with symptoms of Parkinson’s Disease typically see specialists once or twice a year for less than 30 minutes per visit. However, by nature of the disease, the person’s symptoms are not only changing every day, but also throughout the course of every day. The PKG, which was co-developed by Professor Malcolm Horne and Dr. Rob Griffiths at the Florey Institute of Neuroscience and Mental Health, allows clinicians to have an objective measure of symptoms to assist with critical decision-making.

In a telephone press conference yesterday, Maxwell revealed a list of reasons for choosing OurCrowd over other equity crowdfunding platforms and VC funds. The first is because the company wanted to raise capital in a way that’s similar to how the company itself operates – i.e. in the cloud.

“OurCrowd being born in the cloud means we have access to a global network of investors,” said Maxwell.

Maxwell also highlighted the ease of the application process compared to pitching to investor after investor. He said ‘people involved in the startup world’ like CEOs and Managing Directors spend hundreds of hours pitching to investors, but the outcomes of those pitches are often variable. After going through a due diligence process, the equity crowdfunding funding round was opened online, and investors have most (if not all) of the information they need to make investment decisions. Maxwell said this was “an enormous productivity gain” for him, relative to the time he would have had to spend knocking on investors’ doors for the same amount of money.

About half of the 55 investors that funded GKC are based in Australia, while the other half is scattered globally. This is important for GKC as it looks to scale in international markets, particularly in the US and Europe.

“[When] we need to go back to the marketplace for further capital, we have a terrific network of people [to go back to] … We always rely on our existing investors to continue investing in our business, especially as it’s tracking to plan,” said Maxwell.

At the moment, PKG is being used in more than 100 specialty movement disorder clinics across 15 countries.

Maxwell admitted that the company, which first sold PKG in June 2012, is not yet cashflow positive as it’s investing heavily in growth. GKC currently has a dedicated team of executives in the US and Europe, in addition to its Melbourne team that manages the company’s presence in the Asia Pacific region. The capital will be used to sell PKG to more specialty movement disorder clinics, particularly in Europe and the US, which means providing local teams the resources they need to be able to go out and introduce PKG to clinicians.

Another drawcard for Maxwell was OurCrowd’s willingness to co-invest in all the companies that raise funds through its platform. In yesterday’s telephone press conference, OurCrowd’s Australian Managing Director Dan Bennett said the company makes an underwritten initial investment of 5 to 10 percent of the total round – in the case of GKC, the baseline investment would be between $75,000 to $150,000 – and the residual component of the round is funded by OurCrowd’s network of investors.

Bennett pointed out that unlike other equity crowdfunding platforms in the marketplace, OurCrowd is “more curated”. OurCrowd has a team of about 100 people globally that assess 300 deals a month. But only two or three of those deals that fit OurCrowd’s criteria will be able to raise funds through the platform. An additional one or two deals presented to investors every month are usually follow-on rounds.

“We undertake deep financial, legal and technical due diligence on those deals,” said Bennett.

“You get the quality deal flow you do from a VC but with the flexibility and discretion of angel investing because, on our platform, you always pick the deals you want to invest in,” Bennett said.

“We’re not a fund structure where you essentially allocate funds for 10 years and have very little discretion or control over what happens subsequently. And the beauty of the modern age is we’re able to curate of all this and provide all those materials on an online platform.”

OurCrowd has always been globally oriented. The reason for this, according to Bennett, is because “innovation is a global phenomenon”.

“All startups are solving issues and problems they face in their local countries. So what we’re keen to do is help all of those innovative technologies, all of those startups, in whichever country they domicile, [build that business and succeed]. We do fit into equity crowdfunding in a wider sense, but traditional or a lot of equity crowdfunding platforms to date build a bit of great tech and say ‘we’re open for business, please bring us your deals’,” said Bennett.

OurCrowd functions as a repository for all the deals being undertaken. Investors can browse through deals online and make an autonomous decision about whether or not to invest in companies. Similar to VC funds, those investors don’t just support businesses financially, but can also provide assistance in other areas like business development.

Bennett said OurCrowd also provides quarterly reports to investors detailing the progress of companies they’ve invested in. Those reports contain all the “details that a sensible and experienced investor would want to see.”

OurCrowd was founded by Israeli serial entrepreneur and high tech venture capitalist Jon Medved. It launched globally in 2013 and set up a base in Australia in February 2014. The company boasts having raised more than $150 million across 68 deals globally. According to Bennett, $25 million have come from Australian investors.

It seems OurCrowd is unaffected by the legal restrictions placed on crowdsourced equity funding platforms. Currently, wholesale investors with more than $2.5 million in investable assets or annual earnings of $250,000, are able to able invest via crowdsourced equity funding platforms. Retail investors, under current Australian law, cannot partake in equity crowdfunding deals. Though this is set to change in the new financial year, it’s unlikely that OurCrowd will be opening up its platform to retail investors.

“We operate like a venture capitalist. We sit with a business, we’ll ring customers, we’ll get very engaged in all forms of due diligence to ensure that we’re comfortable investing our money and comfortable with our investors investing their money alongside us. I’m very mindful of platforms that don’t undertake any curation, what that looks like, what risk that poses to retail investors. I just hope there are sensible protections for retail investors, that there’s potentially some sort of caps around maximum investment,” said Bennett.

“The whole nature of our platform, the way it works is, we empower our investor base, and having those sophisticated investors allow us to then evangelise our key motives … We don’t have any retail aspirations globally..”

The reason why OurCrowd curates is because it wants to ensure all deals are high quality. Bennett said there are key metrics that help OurCrowd identify a high quality deal, but ultimately it’s about “team and execution”.

Referring to GKC, Bennett said “when the deal came across our desk and we started to have discussions about whether or not OurCrowd would be a good fit, the [GKC] team went a long way to give us tremendous comfort around their ability to execute”.

“We’re looking for global deals … [GKC] already had global deployment and will continue to do so, so the market size and the global nature of the opportunity fit our requirements. Importantly, we’re also round A onwards investors so traction is important for us. GKC has already secured significant regulatory clearances globally. They’re already operating in over 100 specialty movement disorder clinics.”

Chris Gilbert, Co-Founder of equity crowdfunding platform Equitise, told Startup Daily that Equitise doesn’t undertake curation because it wants to democratise equity investment. Equitise does do background checks, but doesn’t judge the value of a business. It wants the ‘crowd’ to decide whether or not a business is worth investing in.

In the face of criticism around ‘scam-paigning’, Liz Wald, Indiegogo’s VP of International, also communicated a similar sentiment, saying that if Indiegogo was to decide on the merit of an idea, it would go against its philosophy of ‘democratising investment’.

Wald told Startup Daily in August last year, “[The] crowd votes with its dollars – they either like something or they don’t like something. They bring up issues, they question (the campaign owner) – the crowd is tremendous. It works for AirBnB, UBER, eBay, Etsy – the crowd is really the dictator.”

That’s not to say that there is no place for curation. OurCrowd approach to equity crowdfunding is just different to platforms like Equitise and VentureCrowd, both of which are anticipating legal reforms that will allow them to open up to retail investors. In some ways, OurCrowd is competing with home-grown platforms, but equity crowdfunding is still in its infancy in Australia, with only a handful of outlets available for companies looking to raise funds. As such, both Equitise and VentureCrowd are unfazed by competition.

“It is very early days in the Australian equity crowdfunding market – several platforms are yet to close a capital raise. It is therefore too early to identify the platforms that will build a sustainable presence,” said Jeremy Colless, CEO of VentureCrowd.

“OurCrowd uses a traditional VC model to select companies to offer to its investor base. VentureCrowd employs a crowd-sourced collaborative business model — so far announcing 26 accelerator, incubator, university and VC partners on the platform.”

VentureCrowd has raised over $6 million for Australian startups to date, of which $1.2 million went to ingogo.

“I’m really delighted with the Australian [startup] ecosystem. I think there are some incredible businesses out there … GKC is testimony to that, [proving we have] the ability to home grow significantly high pedigree organisations,” said Bennett.

Though he commends the government for making changes that will help startups in small ways, he said it’s FinTech hubs like Stone & Chalk, incubators, accelerators, and corporate hubs that try to facilitate innovation internally, that are more exciting for the local ecosystem.