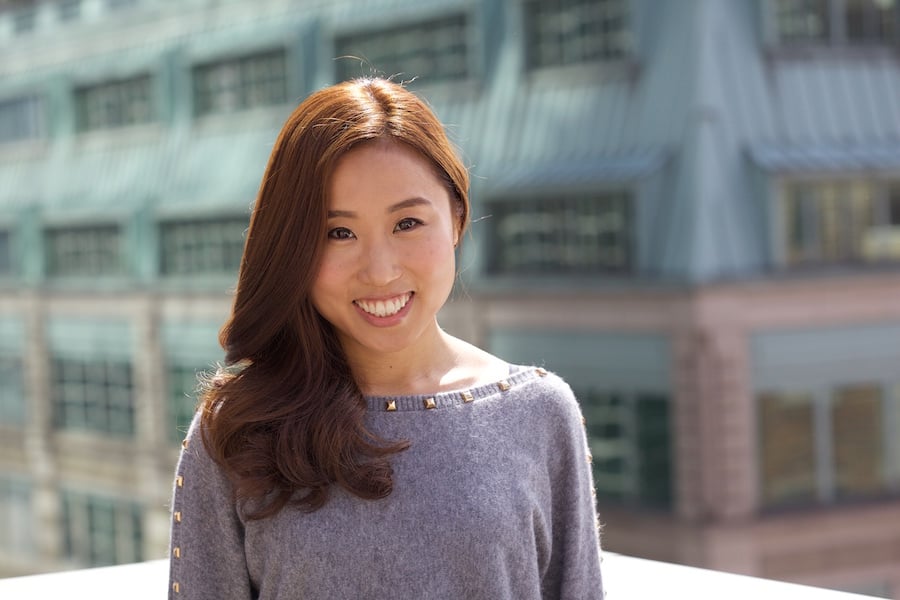 If the company name Coffee Meets Bagel sounds familiar to you, it would be because earlier this year its founders, three sisters, Arum, Dawoon and Soo Kang famously turned down a $30 million acquisition offer from Mark Cuban on their recent appearance on the US version of television show Shark Tank.

The startup is a dating app for young professionals who are looking to actually meet up with each other and find real relationships. In stark contrast to popular dating apps where users are inundated with endless profiles, like the globally viral competitor Tinder, Coffee Meets Bagel only delivers users one quality match every day at noon and gives them 24 hours to either like or pass on that match, which they have nicknamed a ‘bagel’.

If both users like each other, they are then able to connect through a private chat line which expires in seven days. Coffee Meets Bagel is all about bringing the quality back to dating using an online tool to get users into the offline world – something the founders say has great appeal amongst educated professionals, particularly women.

“I think the way we deliver on our value proposition which is high quality dating is via two factors,” says Dawoon, cofounder and COO. “There’s the algorithm which has to work really well given that we only give you one match a day. It is a motion learning algorithm where we learn over time what your preferences are but there are many factors that go into this including your age, your education level, your religious preferences, your interests and your friend network to name a few”.

Dawoon says that a lot of dating companies have veered away from a more relationship driven service and have instead adopted the attitude of providing users with limitless profile options to look through. The Kang sisters say this overwhelms users and leads them to make superficial choices, and even become jaded about the entire dating technology category itself.

“You need to get the user experience right which is why we’re sticking to one a day,” says Dawoon. “We really want you to pay attention to this person. It could feel very limiting but if you really think about it and reflect, there is someone [that is] receiving you and thinking about you for 24 hours. That’s something special and powerful”.

The decision to appear on the high-rating television show Shark Tank in the United States was a decision that the sisters debated about at length. At the time, the company was already quite large in terms of users and that is why the company had a higher valuation than you would usually see on the show.

Dawoon says that one of the questions that worried the team was whether or not appearing on the show would give the company a bad reputation in the Valley. Though they never took the offer made to them on the show, the $30 million figure from Mark Cuban was a huge validation for the team, according to Dawoon. The show also served them well in allowing them to be discovered by some of their future investors that took part in their $7.8 million Series A round shortly after.

With that fundraising behind it, Coffee Meets Bagel has been able to experience some fairly rapid growth. Thus far, more than 25 million matches have been made via the application, and the startup has been very lucky that hardly any of the money raised has had to be used for marketing purposes. This is because 80% of the app’s user acquisition has come from word-of-mouth referrals. This factor has been crucial to Coffee Meets Bagel’s global expansion strategy. When looking at new markets to explore, the company looks at a number of insights that get pulled from the data it collects.

One of the first things that the team looks at is data collected from Facebook to see the most popular cities around the world that the app’s current user connections are concentrated in. Right now, Sydney is the most prominent city on the company’s radar. From there, using a mix of internal and external user data available to them, the team is able to discover whether or not that market is viable for the app. The startup found that over 50% of Sydney residents over the age of 18 are single, and so it made sense for Sydney to be the second international launch location, the first being Hong Kong.

When it comes to monetisation, the application is still running with the same model that was presented in the pitch on Shark Tank. It’s a free to use app, however if you wish to be a ‘power user’ and experience more than one match per day there is a cost associated with that. The app has its own digital currency called ‘beans’ which equates to a real-world dollar value which enable users to not just buy more matches in a day but find out extra information about those matches. One of the most popular items a user can purchase is called ‘Open Sesame’ which gives them the identity of friends you have in common with that person. According to Dawoon this revenue model has been working well for the business.

In the gaming and dating industry the conversion rate of free users to payers sits between 2% and 10% so it is hardly surprising that Coffee Meets Bagel has experienced a significant uptake in digital spending from its users.

Although the marketing and branding is clearly targeted towards young women, it is a little surprising that unlike most of its competitors that commonly have a ratio of users that 70% men to 30% women, Coffee Meets Bagel actually has a 60% female to 40% male ratio. This is a figure that Dawoon has said the team is proud of, not just because of the experience that the company is giving to women, but because the act of women recommending the app to their friends has meant less advertising is needed to draw more women to the platform, a common problem in the dating technology sector, where the cost of acquiring and retaining female users is extremely high.