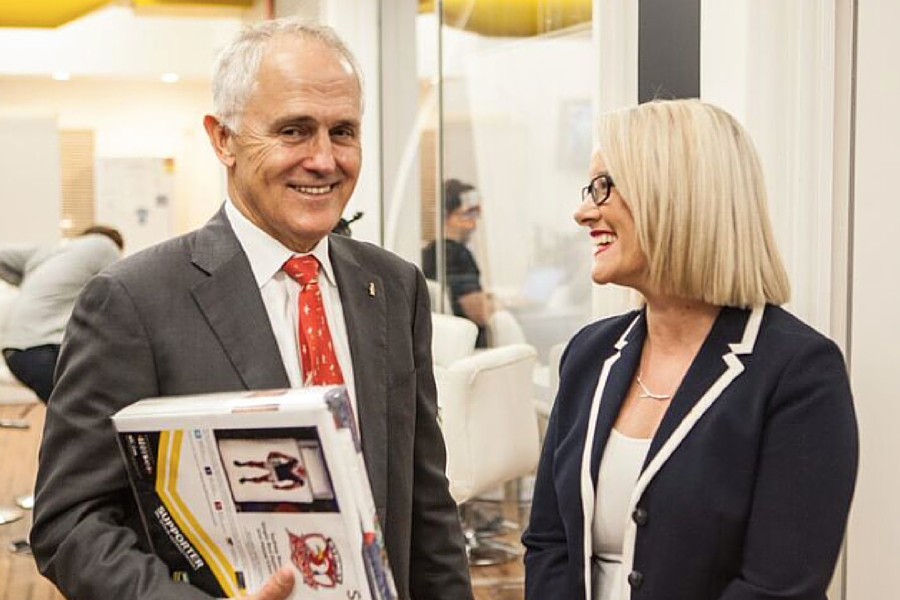 A month after being made redundant from her job as a sales director at a creative agency, Tania Darvell fell down a set of stairs. Instead of sitting in bed feeling sorry for herself with DVDs, she decided that it was in fact the perfect time to create her own online business.

Having seen a store selling bed linen for children, Darvell thought she could advance the concept and came up with Sweet Dreams Designs, an online store selling doona covers with pictures of the bodies of princesses and ballerinas on them, with the child’s head to fit in above the neck.

When she fell down the stairs again six months later, Darvell again took the time to work on the idea. She then decided to move to Sydney and get a desk at Fishburners to focus on the business and find help building it.

Though Sweet Dreams Designs was originally meant to be aimed at both boys and girls, Darvell found that the majority of designs had ended up being for girls, which meant she was missing out on a significant market.

“I was in the shower one day and I was thinking, what’s the quickest path to market? What are people passionate about? Because I had helped create television campaigns for some of the world’s biggest brands, I wondered, what’s the low hanging fruit? What can I do? And I came up with the idea of getting licensing for AFL and NRL,” she said.

Darvell then set about securing licensing agreements with different football codes and launched Bed Linen Heroes – essentially the same concept as Sweet Dreams Designs, with the princesses and fairies swapped for footballers. It’s this idea that really took off.

Though she was unable to secure an agreement with the AFL, Darvell was put in touch with the NRL by a VC following a talk at Fishburners.

“After lots of perseverance, I eventually got the meeting and they loved the concept. The NRL has just been so amazing, actually. They’ve been really supportive and helpful as humanly possible,” Darvell said.

Though Darvell was looking into finding investment, she decided to go lean and funded the initial development of the two stores herself, with sales from the Bed Linen Heroes product funneled back into the business. And on those sales: since Bed Linen Heroes launched around Christmas last year, Darvell said sales have been “phenomenal.”

“It really took me by surprise, and it actually meant that I thought, oh this creates a different kind of problem to what so many of the other startups have, which is how to get sales. Mine was like how do I fulfil the sales? How do I pick and pack quick enough so we can get them out the door and make Christmas,” Darvell said.

“Because it was pre-Christmas, we were driving around in a truck delivering products to retailers and to customers to make sure we made Christmas. We made it happen but it was like jumping in the deepest end of the pool. But we learnt so much and I know every aspect of my business now, which is great.”

As well as through its online stores and various retailers, Bed Linen Heroes’ products are sold in NRL and A-league club stores online and at stadiums, with bigger department stores likely to come over the next few months.

Expansion is also on the mind for Darvell over the next twelve months or so. In addition to securing licensing agreements with other Australian sports leagues, Darvell is keen to launch into the UK and US sports markets. However, she is wary about doing it too quickly and is trying to learn from what happens in Australia.

“I’ve got the contacts already. Talks are happening, I know the right people. It’s now about finding the right time, and I guess the absence of me having investment means being clever about how to go about it,” she said.

A well-timed expansion offers a lot of opportunities: from the NFL to the NBA, NHL, and MLB, the US sports market is huge, and there don’t seem to be any stores offering the same product.

But it’s not all about the stockists and spreadsheets – when asked if she had any other plans for the next few months, Darvell said, “to enjoy my business, because I’m loving what I’m doing.”

Darvell also wants to connect with women who want to start their own businesses; having had a child at 16, she wants to share her story about how she managed to kick start her career and launch her own business.

“I really want to get that message out to women, and be a bit of a champion for women out there who might be thinking about starting their own business.”

Image: Tania Darvell with Malcolm Turnbull at Fishburners. Via Facebook.