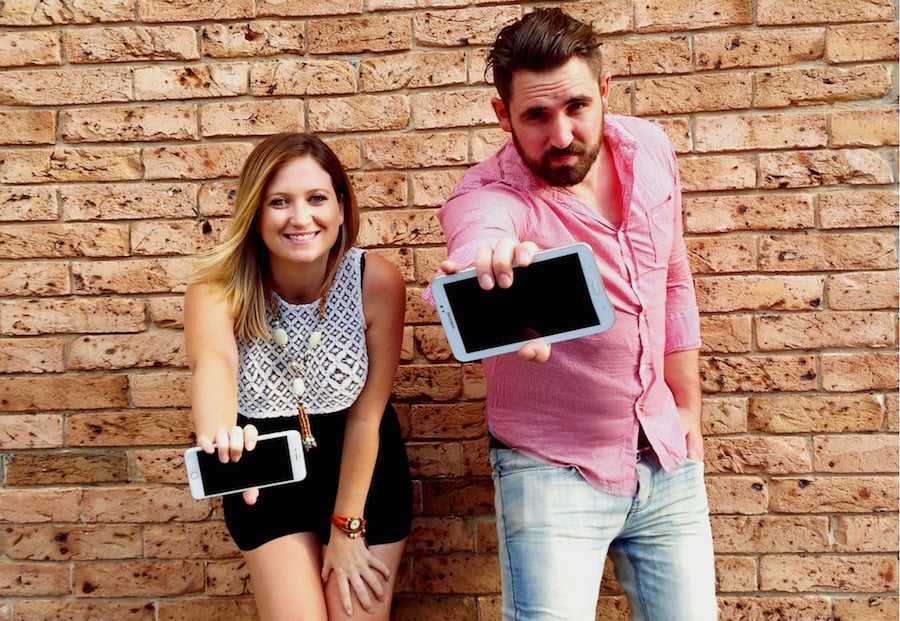 Game development company Team Honcho is gearing up to launch its first title, FlingMonster, a physics-based slingshot game that competes with the wildly successful Angry Birds.

In the world of FlingMonster, gamers are faced with a problem: astronauts have invaded Planet X to mine for vital energy crystals. Gamers must save Planet X and its Monster inhabitants by destroying the astronauts and their defences. This is achieved by flinging monsters across the screen using a slingshot, while using the Monsters’ unique powers. The gamer can choose in which order they use the monster ammo, giving them greater control over the outcome of each level. They can also choose to complete a level the ‘easier’ way or to create strategic chain reactions for extra stars. The game features ammo like monsters that users have to tap to keep afloat, homing missiles and tumbling momentum bombs.

The idea behind FlingMonster was conceived by Sydney-based graphic artist Adam Little. Little has dreamed of creating video games since he was five. In fact, he would grab a pen and paper and sketch out Mario levels, making full use of his imagination and exercising his inherent creativity at a young age. But that dream didn’t come to fruition until recently.

The problem Little faced was that he had no clue how to actually develop a game – that is, transform a concept into a product. But with indie mobile games growing in popularity, Little decided it was worth revisiting the idea of creating his own game.

After sharing his game concept with friends, Little was introduced to Bob Wood, a veteran game developer based in the UK. He explained his vision to take the slingshot genre to a new level, and Wood was sold. Together, the duo formed Team Honcho.

Although mobile games is a highly crowded marketplace Australians have had success in this space – one example being Crossy Road, created by Melbourne-based indie game development company Hipster Whale.

Team Honcho is under no illusions about the difficulty of standing out in a crowded marketplace, but its ambitions are clear: be the first successful contender to Angry Birds in the slingshot genre.

“I guess replicating the success of Angry Birds would be like winning the lottery,” said Marianne McAllister, Little’s wife and Team Honcho’s head of marketing.

According to McAllister, FlingMonster has been designed to appeal to the masses. Team Honcho tested the game with children and adults of different ages and received all-around positive feedback.

“If we had to choose a core demographic it would probably be children aged from 6 to 15, of both sexes. At the same time we’ve had 25-year-old guys not be able to put the game down, even Adam’s 65-year-old mother, who has no gaming experience whatsoever, was able to pick it up and have a whole lot of fun with it,” says McAllister.

On a scale of 1 to 10, Team Honcho believes FlingMonster rates somewhere in the top-end of addictiveness.

“What makes it addictive is the variation in gameplay. The level progression was something we spent months on. It’s very rare to find a similar level to one you’ve already played. It is a constantly changing environment,” said McAllister.

Mobile games are big money makers. Gamers are willing to fork out eye-watering amounts of money for virtual coins, avatars and entry into new levels. In fact, Nicholas Lovell, founder of Gamesbrief, told The Economist that game development companies make 80 percent of their revenue from 20 percent of their player base.

Team Honcho, however, aren’t comfortable with the idea of implementing the same monetisation strategies as some of the most profitable players in the mobile games market. In fact, monetisation comes second.

Little says their number one goal with FlingMonster is “to create a game that actually felt like a game, not a money-making scam.”

“Believe it or not, our secondary motivation was to monetise within the game.”

Little admits that he’s been “horrified” at the games that have been designed to “rip off their players”. He’s adamant that it’s ruining the industry.

That said, he is cognisant of the fact that Team Honcho needs revenue to be able to operate and build new titles.

“We’ve chosen to make our game available for free to reach a bigger audience but have also included interstitial ads at points that will not affect the user experience,” says Little.

“We have a couple of in-app-purchases but the game can be completed without the use of these, as opposed to a huge number of major titles out there in the industry.”

It may appear as though Team Honcho is anti-profits. But that’s not the case. The company is aware that there are people who are willing to spend their hard-earned cash on virtual goods, especially inside games.

After all, what gamers are actually spending their money on is experiences. Games offer experiences; and by purchasing coin packs, for instance, gamers are customising their experience to achieve a desired outcome, like unlocking a new level.

“As the industry develops and matures, developers are gaining more insight into exactly what their users want, and are supplying them with relevant and appealing content, at specific and strategic points within the game. This leads to higher conversion rates,” says McAllister.

But there are games out there that are exploitative “money-pits”. This is something that Team Honcho wants to steer far from, now and in the future.

As it turns out, FlingMonster is actually a test game for something much bigger. McAllister says their main idea “is something revolutionary in gaming that has never been done before”. However, they’re all remaining tight-lipped about the details, so we’ll just have to wait and see how that idea comes to life.

“[FlingMonster] was intended to be a lot smaller but we received such overwhelmingly positive feedback from investors, people in the industry and focus groups and we felt we had to do the game justice by putting in as much time and energy as possible,” says Little.

FlingMonster will be available for free download on the Apple App Store and Google Play on the 2nd of May 2015.