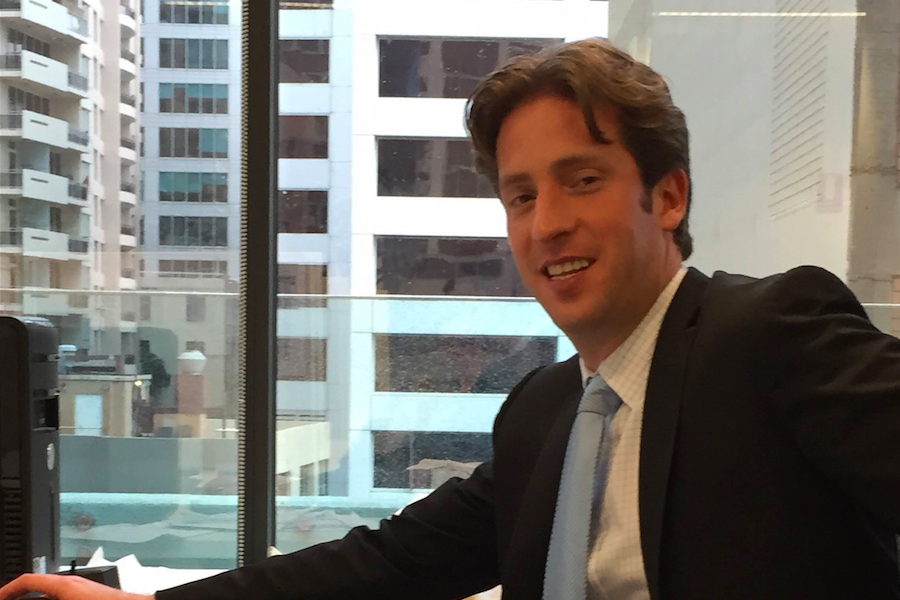 We’ve always known that privacy on the internet is a murky concept, but with iiNet ordered to hand over the information of customers who downloaded Dallas Buyers Club and the Federal Government passing legislation on data retention, the concept of privacy and anonymity online has recently taken deep root in the Australian psyche.

These concerns about privacy have been reflected in the launch and increasing use of various ‘anonymous’ messaging apps and social networks. Ironically, in light of the data laws, even our politicians were getting in on the fun, with news emerging that MPs were using Wickr, a ‘self destructing’ anonymous messaging app, around Parliament.

From Wickr to Yik Yak to Ripple to Unsaid to Whisper, there is an anonymous messaging platform that can cater to everyone. While Wickr was popular with the pollies, Yik Yak has cornered the university and college slice of the market.

Despite the number of players already in the space, optimistic startups are still launching new platforms with hopes they will be the ones to truly conquer the market. A Sydney startup recently launched Mimchat, a platform promising users complete anonymity. A mix of Facebook, Twitter, and Tumblr (it actually reminds me of what Bebo used to be), the platform lets users upload text, pictures, and videos, and direct this content to either a public or private, curated feed.

Phil Winterton, Mimchat’s Australian manager, said that the platform was developed because the team wanted to create communication without boundaries, where users could say whatever they want, whenever they want.

“We are different from apps such as Yik Yak because we offer a much more complete platform where users receive a more social media interaction feel. We have more functionality and have a much better user interface than simple message based location apps, and you can easily create an anonymous-based social network among only your invited contacts via our Private Feed option,” Winterton said.

He said that the creation of the platform also stemmed from the fact that they were sick of other social networks bombarding users with ads, and breaching their users’ privacy.

While consumers may be right to be concerned about what various platforms are doing with their data – or perhaps, more accurately, who they’re giving it to – there is another concern when it comes to anonymity on social networks: trolling and abuse. Yik Yak, for instance, has been criticised for allowing bullying to fester on its app, while even Facebook and Twitter have admitted they have difficulties monitoring and dealing with trolling and harassment. If your platform is being used by teenagers and young adults – and most are – this is especially concerning.

Winterton said the team has considered this. “At the end of the day you cannot stop people using the platform in a way it was not meant for. It’s human nature. We take great pride in definitely allowing communication without boundaries and do not mind one bit if users cross the grey line on various topics, in fact we encourage this,” he said.

“However, for blatant bullying and harassment we have a support team monitoring such content and this will be taken down once it has been brought to our attention or seen.” 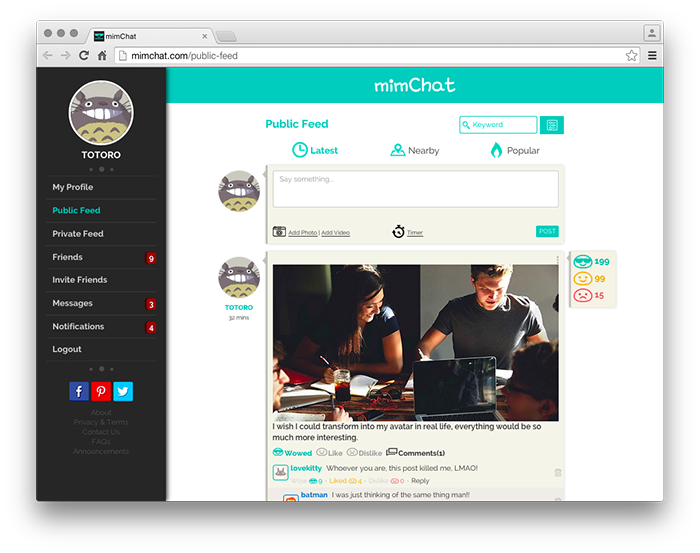 What a user’s feed looks like. Photo via mimchat.com

Given that part of the the impetus for the creation of the platform was annoyance with ads on other social networks, the question of how Mimchat will look to monetise is an interesting one. However, Winterton said that monetisation isn’t at the top of the to do list.

“We aren’t concerned about monetising the platform at all just yet. We want to create something fun and exciting and create the best user experience possible,” he explained.

Mimchat faces incredibly stiff competition in two races. Not only is it competing against dozens of players in the anonymous messaging space, but they are all competing against Twitter, Facebook, and Tumblr too. Sure, consumers might be concerned about privacy online, but in the end old habits die hard and many people can’t be bothered finding and switching to a new platform – how long did it take to teach your grandmother how to comment on a photo?

However, in bringing together various features from different platforms into one, Mimchat’s look and functionality may appeal to young teens. Since kids are often early adopters of new tech and can end up dictating trends, if enough get on board then Mimchat may be able to gain a significant amount of traction that will help it stand out from the rest in the wider market.

Mimchat is currently available online and on Android, with an iOS app set to launch soon.